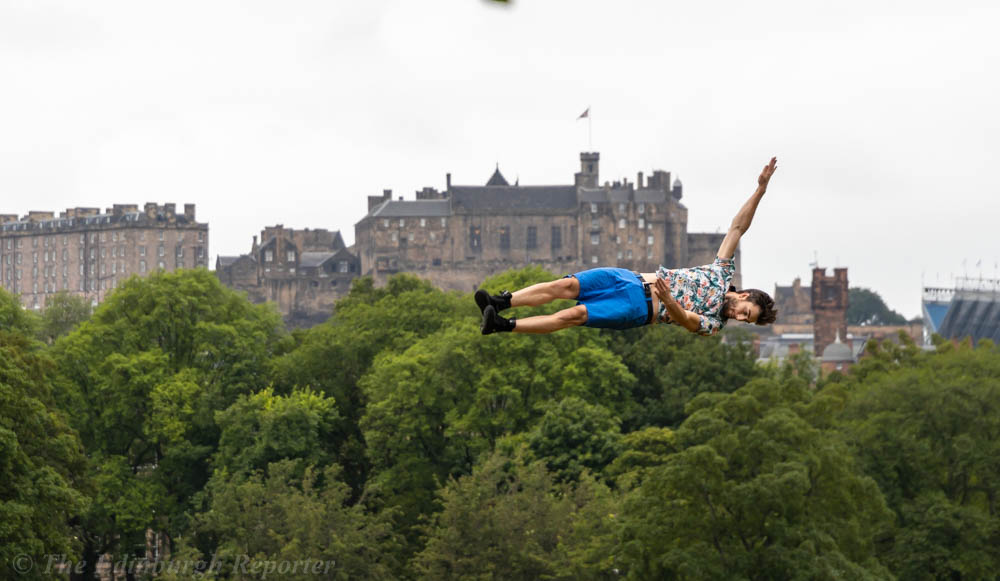 This Fringe, prepare to be transported to a dystopian fair ground at the end of the world where acrobatic chaos reigns supreme.

Let Finnish circus superstars Race Horse Company be your guide in a circus spectacle like no other, bringing with them some of the most daring, gravity-defying and downright ridiculous stunts humanly possible in ‘Super Sunday’.

The company are setting up camp at the home of circus at the Fringe, the Underbelly Circus Hub on the Meadows, in the Lafayette Big Top from 2-24 August 2019.

Making its Edinburgh Fringe premiere, Race Horse Company’s massive international success ‘Super Sunday’ is a kaleidoscope of colourful energy, the company’s biggest production yet and the most ambitious production in the Circus Hub’s five years history.

Created without a director, Super Sunday was born out of 6 devising performers letting their imaginations run wild through improvisation and artistic expression. The result is a no-holds barred rollercoaster ride of a show, combining cheeky boneheaded mentality with hilarious dark humour and, of course, mind-blowing circus skills.

Set in an amusement park world where nothing is quite as it seems, surroundings and reality warps and morphs as the unexpected rears its head and the artists serve up a psychedelic mix of surprise and astonishment.

More details on tickets, etc can be found here