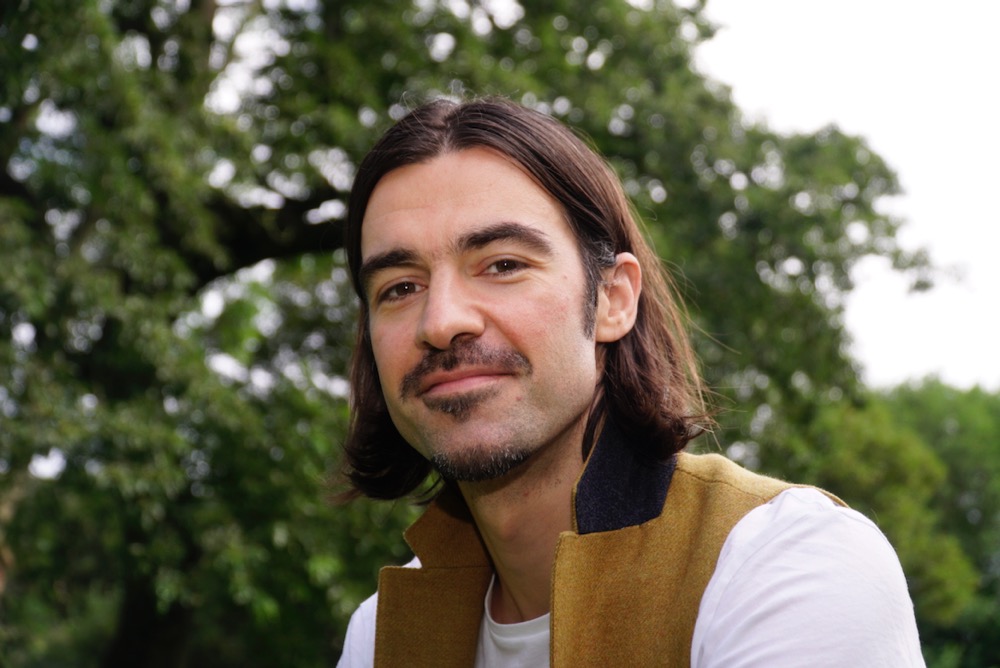 Pavle Sabic has written a book. An economics graduate from Heriot-Watt University and an MBA graduate from The University of Edinburgh Business School, he is now a bit of a high flier in New York in a Fortune 500 company.

As an alternative to all that serious work he has written a book for children hoping to engender some caring and compassion among his young readers.

We met Pavle to find out about the book and the Fringe show. Jonny Smith is the brand design and art director and Via Fang (artist in residence at University of Edinburgh) created the delightful illustrations. He also brought along the model of Walter created by Mike Less who lives in Park Slope in Brooklyn.

This show at 11.50 will get your young children from 3 to 7 involved in colouring and reading with @pavlesabic author of Walter the Wanderer https://t.co/qfHAFeqyfV pic.twitter.com/CNz5wto0P7

“Walter the Wanderer is a truly wonderfully illustrated tale for all of us, young and old, to enjoy. This knapsacked Scottish Otter takes us off on his global travels, inspires and educates us in such a simple and direct way of the need for love and compassion in the world. A book that belongs in every classroom and in every home.” Camilla G Hellman, MBE, President American-Scottish Foundation

The thought of writing a story for children allowed him to unleash his creative side.

He said : “I’m promoting my children’s book called Walter the Wanderer. It’s about a curious Scottish otter on compansion and diversity.

“The show it to promote the book which of course goes into the adventures of this curious little otter. So what we try and do in the show is to make sure that it’s immersive read-along colour-along.

“We also do a little bit of ceilidh dancing as well and the children learn new languages like ‘vamos’ from Spain or ‘ciao’ from Italy. So we get them excited, we get them jumping around and we get them learning as well about different cultures, diversity and compassion.

“What we have done is put in an environmental and animal welfare element in here. So for example there are only three animals that have a name. One is his best friend Francis the Owl from France. The other is Sudan the white rhino who recently was extinct so it’s putting some attention onto that as well as the animals are really trying to teach kids about welfare of animals, how important they are and how they are representative in humans as well. So it’s really trying to spread that thoughtfulness and that compassion around all the people and animals that live in the world.

“And at the end of the book there is a beautiful moment of reciprocity where the animals come back to help him in his time of need.

“He is a curious Scottish otter that travels around the world spreading love and compassion. He goes to different countries meets animals that are also not so friendly, but has a brave first move and gives them compassion through the gift of a hug.
“So the book was really inspired through my adventures and my life. So it is semi-autobiographical. I am the youngest child of parents who immigrated to Scotland. I know what it’s like to be a little bit different from other people. I also know what it means to have dedication and hard work.
“So Walter the Wanderer is really a homage and a thanks to Scotland.”

The show is called Walter the Wanderer after the book and it’s at Venue 415 55 Clerk Street as part of the Free Fringe and it’s on every day at 11.50am