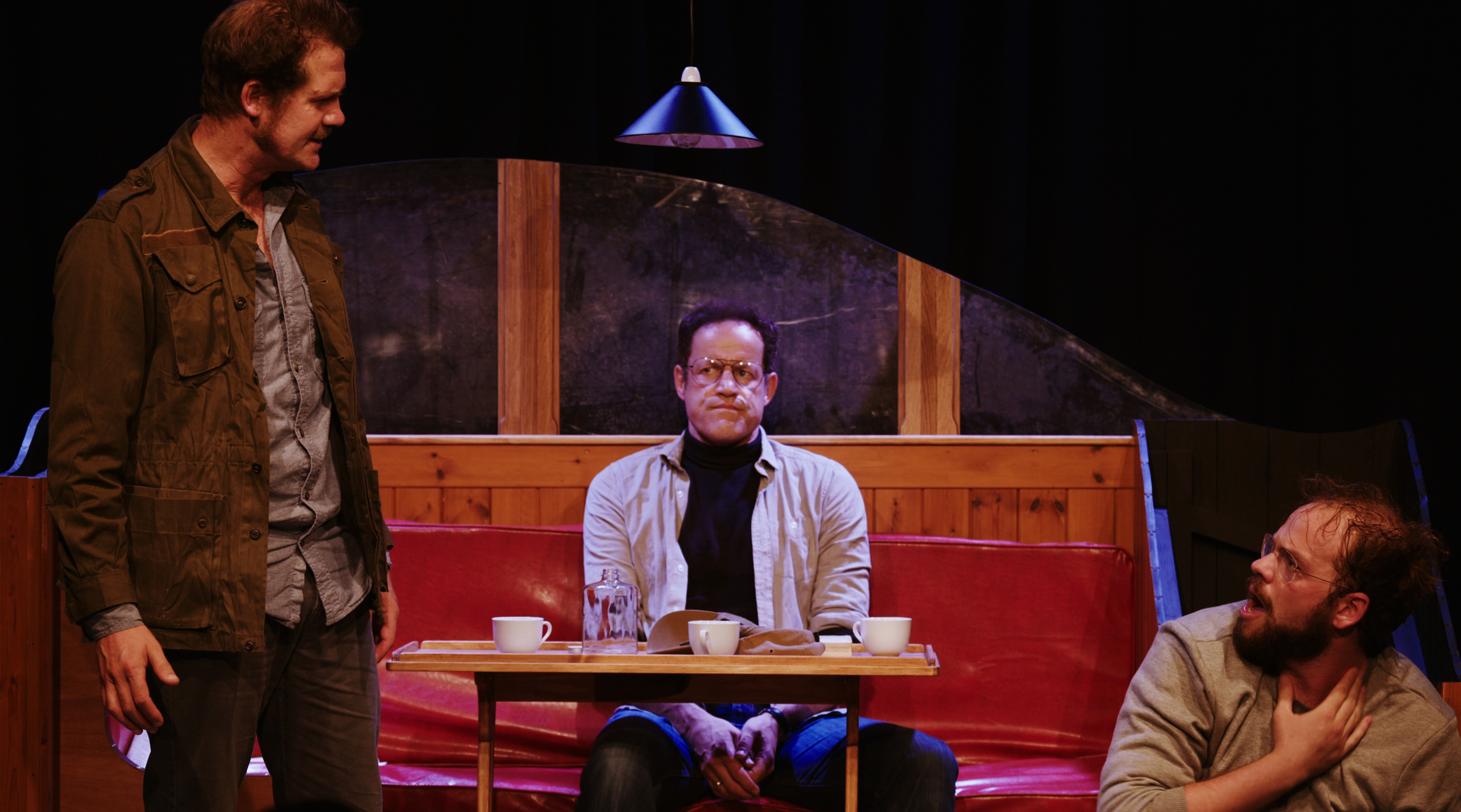 With The Shark Is Broken, Fringe stalwart and director Guy Masterson brought another vital piece of new writing to Edinburgh.

Rolling back the years to 1975, the last golden age of Hollywood and Steven Spielberg’s much-troubled production Jaws, we are privy to conversations between the film’s three stars, the yet unknown Richard Dreyfuss, a cocky New York kid at odds with Robert Shaw, played by the actor’s real-life son Ian Shaw, who is also the production’s co-writer along with Joseph Nixon.

Duncan Henderson as Robert Scheider is the straight-man who referees the behaviour between the battling booze and drug addled egos. While the mechanical shark (Bruce) is broken, the Hollywood actors have nothing better to do than fight, take drugs or spend the day boozing while waiting for filming to resume.

Ian Shaw reveals his Scottish descent father’s writing ability, love of literature and time spent growing up in Orkney. Despite his heavy drinking, in the iconic role of Quint, we see him write and nail the esteemed Indianapolis monologue, the much-loved spiel is one of the most cited and chilling of the era.

Ian Shaw brings much humanity and heart to the performance.