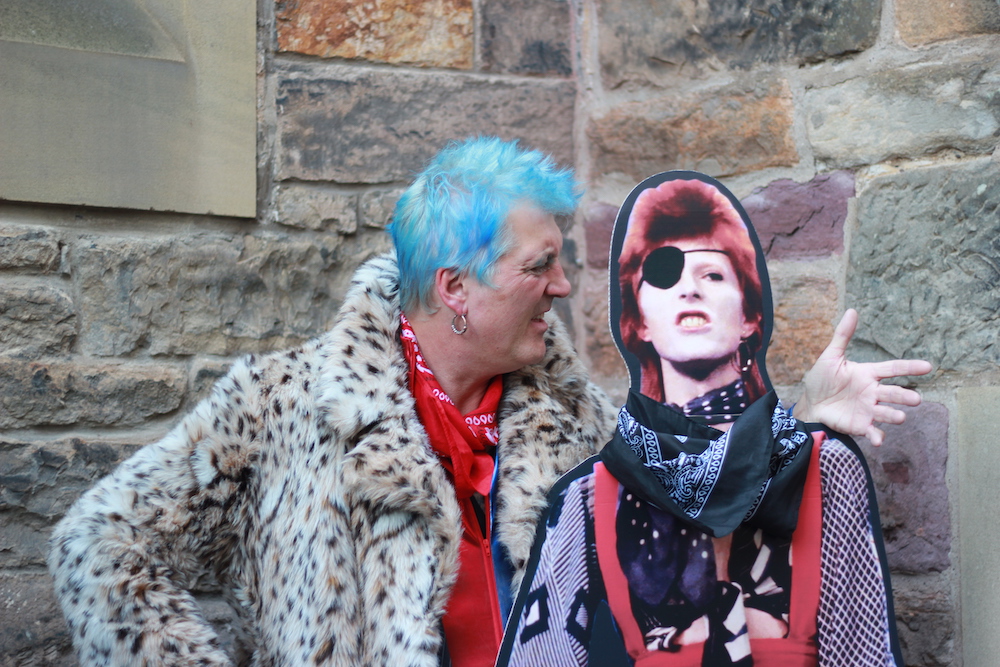 If you like rock n’ roll with glamour and grit beneath the fingernails, then this is for you.

With a cast of characters including Johnny Thunders, W. Axl Rose and David Bowie. Lee Mark-Jones captures the energy of the council estate kids who fell under Ziggy Stardust’s spell in 1972 and became punk, glam, gypsy rockers in the 80s.

As a member of The Ice Babies, Lee was part of the London scene that drew rock kids from all over Britain into a vibrant, wild environment that produced many fascinating characters and bands, forgotten in the wake of grunge and Brit-pop.

They’ve become hidden, Withnailian figures frozen out by the establishment. As Bon Scott warned the journey to the top was about “gettin’ had” and there is no shortage of villains in Lee’s story who make it near impossible for many talented young outsiders to ascend. Mark-Jones stories and delivery are worth their weight in cultural gold, some are tragic, others laugh-out-loud hilarious.

At the centre of it all is a raw, punk heart that refuses to play the game or settle. Rock n’ roll is strewn with stories of mental illness. Lee discusses his recently diagnosed ADHD (Attention Deficit Hyperactivity Disorder) condition which has helped him make some sense of all the wonder and chaos.

Let him tell you his story, and after in the bar buy him a pint, he’ll tell you another one that tops them all. That’s Lee.

We have given Lee Jones ⭐️⭐️⭐️⭐️⭐️ for A Rock n Roll Suicide @TheatreDamned here he talks about the show pic.twitter.com/wG9nVxVeqz