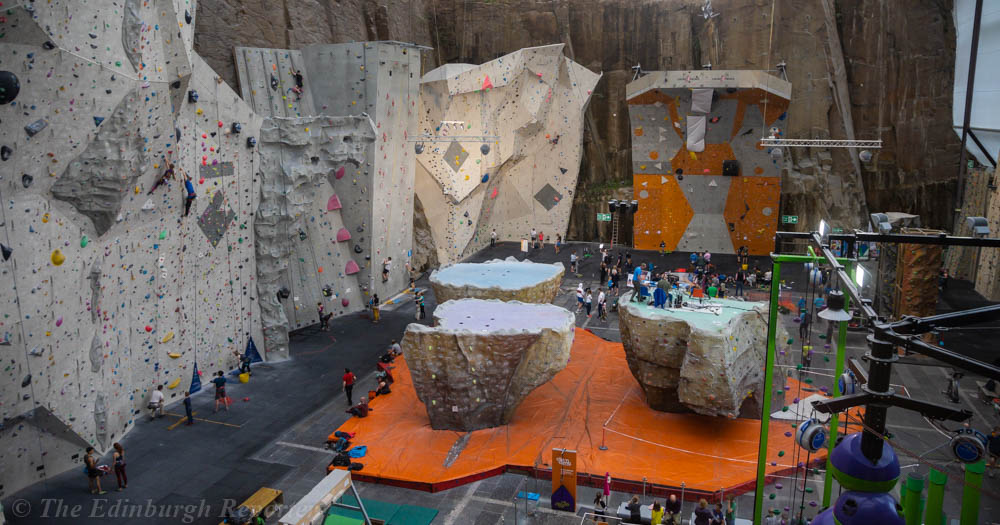 During the day, speed climbing was on show as a demonstration event and was shown in between live action in the live broadcast.

The lead climbers featured had taken part in qualification rounds earlier in the afternoon, with the top seven male and top six female climbers going through to the final.

The winner of the men’s event was Daniel Smith with a perfect score of 100 points for completing the set route, followed in second by Robert MacKenzie in second with 90 and Alistair Lee in third with 87+.

The women’s competition was held on a seperate, but no less demanding route, and this was also won by the only climber to top out. One of the two Hannahs competing, Hannah Kerr, won with 100 points, followed by a very tight points finish for the minor placings with Louise Flockhart just edging second with 94+ from Hannah Smith on 94.

Overall, the event was deemed a great success by the hosts and, hopefully, the coverage will encourage more people to get out and give climbing a go.

Images from the event will appear here over the next few days.