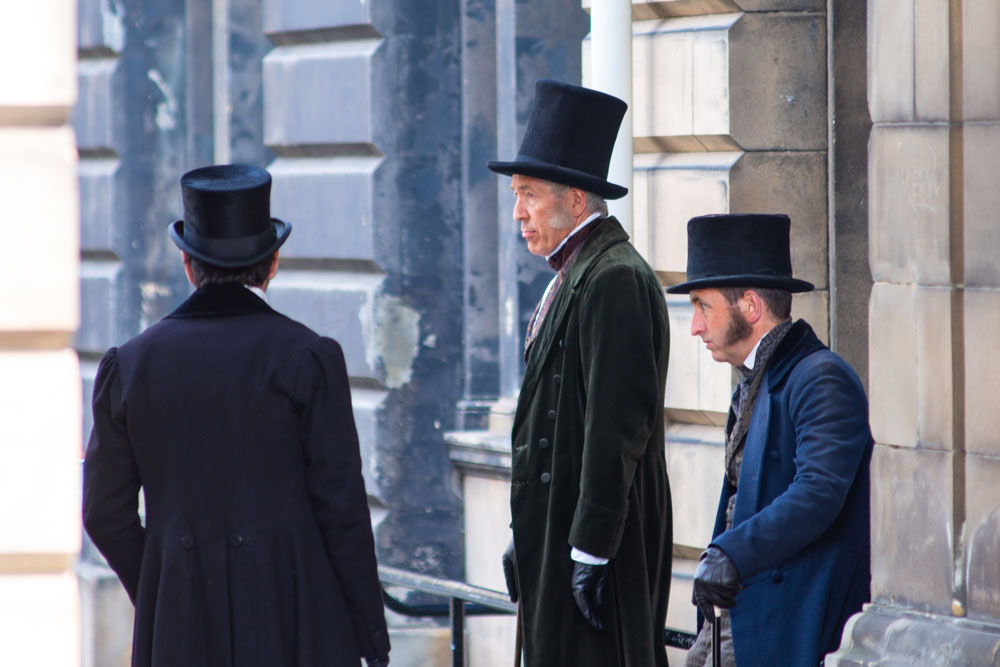 Perhaps one of the best-loved series over recent years was Downton Abbey – whether you watched it as it happened or binged on the box set, Julian Fellowes drama had an audience of all ages. Now he has penned a new TV series based on his own best-selling book.

Carnival Films are co-producing the series for ITV and EPIX. Stars include Alice Eve, Tamsin Greig, Philip Glenister and Harriet Walkter. They told Film Edinburgh that Edinburgh will provide the “perfect backdrop” to Fellowes’ story, which will “see secrets unravel behind the porticoed doors of London’s grandest postcode”.

Rosie Ellison, head of the city’s film office Film Edinburgh, said: “When the production team visited Edinburgh to scout locations, they immediately realised the architecture of the New Town is ideal for period dramas and fit the brief perfectly. The film-friendly response the filmmakers have received from the local community and city council couldn’t be warmer. We look forward to welcoming the crew to the city.”

Producer Colin Wratten, whose recent credits include Killing Eve said: “Edinburgh is an extremely film-friendly city, which provides the perfect backdrop to Julian Fellowes’ story of 19th-century society, against which intrigue and dynastic power struggles play out. In addition to our central Edinburgh locations, we have the privilege of using the majestic stately homes of Hopetoun and Manderston, which will become key characters in this fantastic event series.”

On Monday the filming moved to the New Town which will double for 19th century London. Photographer Jamie Stewart managed to get these shots of Tamsin Grieg as she was filming scenes in one of the grandest areas in the New Town.