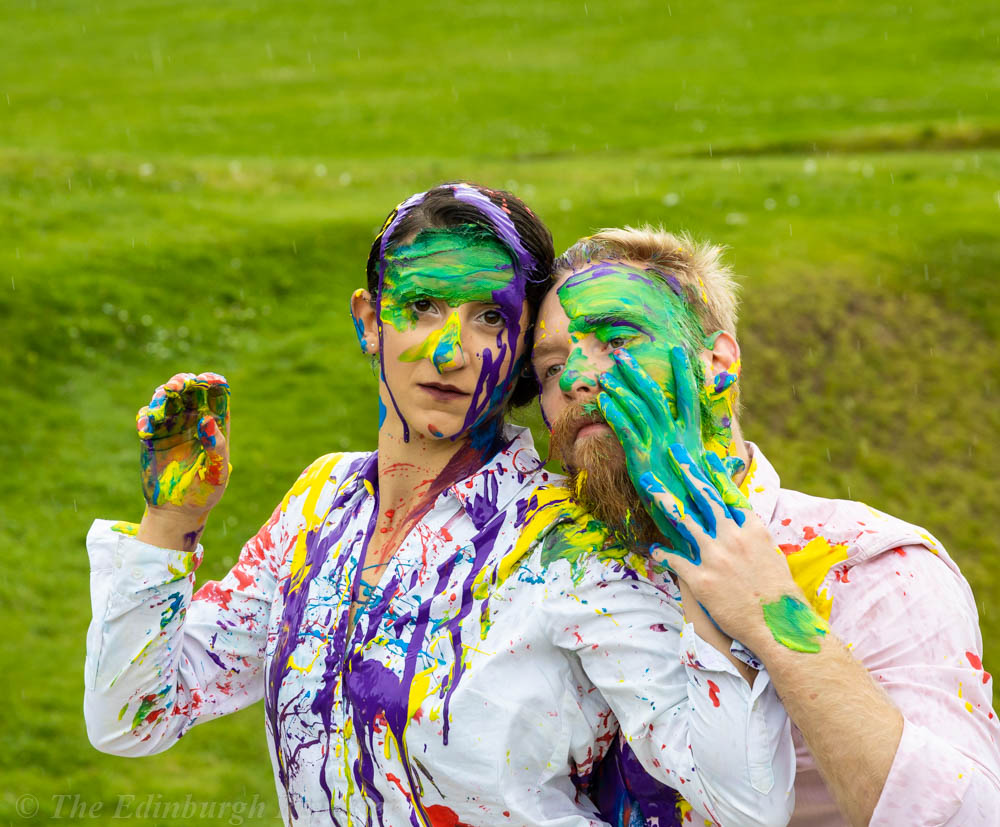 A white room. White walls. Eight performers. Machine de Cirque make their UK debut at the Edinburgh Festival Fringe with La Galerie. A piece that changes so rapidly and completely that the theatre looks different when you leave.

On the heels of the popular and critical success of its namesake show in Asia, Europe and North America, Machine de Cirque’s new production takes audiences to the outer edges of art.

Toying with the idea of visuals on the walls verses those seen on a circus stage, under the leadership of stage director Olivier Lépine, the audience is invited to play with his rag-taggle band of circus performers as they create La Galerie.

This production will immerse the audience in a fleeting canvas, acrobatic feats and live music – where the boundaries between what is art and what is not become blurred.

Machine de Cirque was founded in 2013 in Quebec by circus performer and engineer Vincent Dubé, 2019 sees the company come to the Edinburgh Fringe for the first time with their third large scale production, (the second for the stage after ‘Truck Stop’).