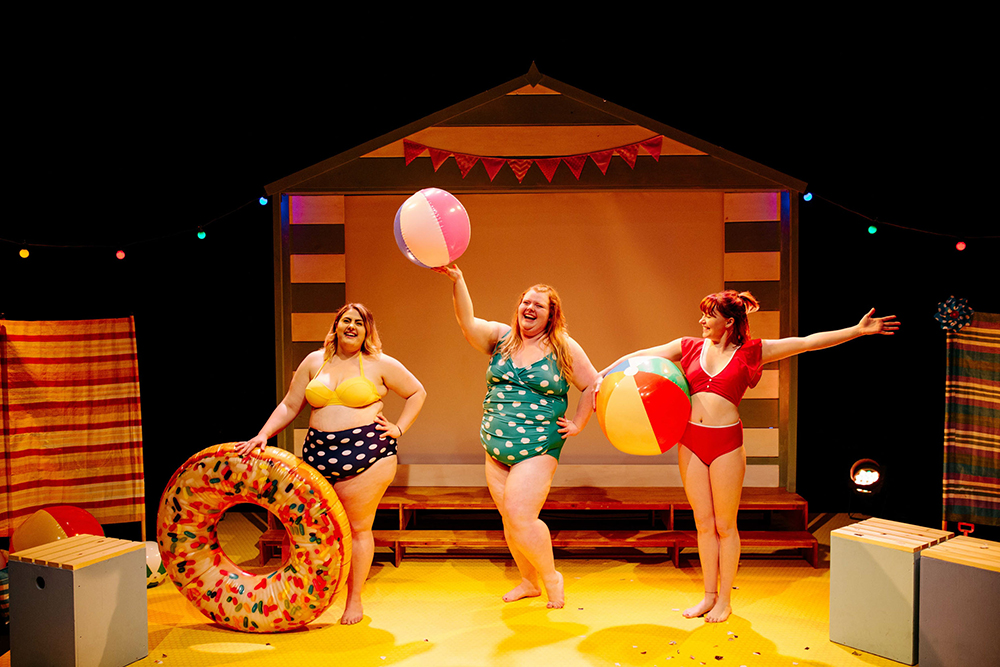 It’s August, the season of cutting carbs, hitting it hard at the gym and shaving everything from the chin down. Summer has rocked up and coerced us all into thinking about how awful our bodies are. We’ve been shamed, dehumanised and humiliated for how we look, and we’ve had enough.

In Beach Body Ready The Roaring Girls smash their way though ingrained fears, food insecurities, and toxic advertising in this defiantly feel good show which sticks two fingers up to everything the media says we should look like.

Created in The Roaring Girls’ semi-improvised style, Beach Body Ready blends impassioned rants with cheesy fitness routines, and live, informal chats with a beach trip on film, all accompanied by a banging soundtrack.

In the wake of Tess Holiday’s Cosmopolitan cover shoot and with Channel 4’s Naked Beach providing a welcome contrast to the body types seen on Love Island etc., body positivity advocates and influencers are gaining widespread acclaim. Beach Body Ready and The Roaring
Girls couldn’t be more topical and relevant.

Fringe debutante’s The Roaring Girls are a Hull-based theatre company creating work that is fierce, feminist, and fun. They use autobiographical narratives to create joyful, thought provoking theatre about the world around them.

Founded in 2014 by Rachael Abbey and Lizi Perry the company has grown into to a core team of five awesome women.

Producer Shaunagh McClean said ‘We believe that approaching big, sometimes taboo, subjects on a personal level, allows us to talk about these topics with our audiences. We hope our audiences leave laughing, crying, and most importantly, talking.’

Beach Body Ready is produced by The Roaring Girls in association with Hull Truck Theatre. It is part of The Hull
Takeover produced by Absolutely Cultured through their Hull Independent Producer Initiative, in partnership with Middle Child, supported by Hull Truck Theatre and Back To Ours. Supported by Pleasance Futures as part of the Regional Theatre Partnership Programme with York Theatre Royal.

Beach Body Ready is at Pleasance Courtyard Above from 31 july to 26 August, at 13.10 daily. 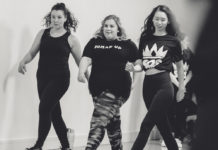