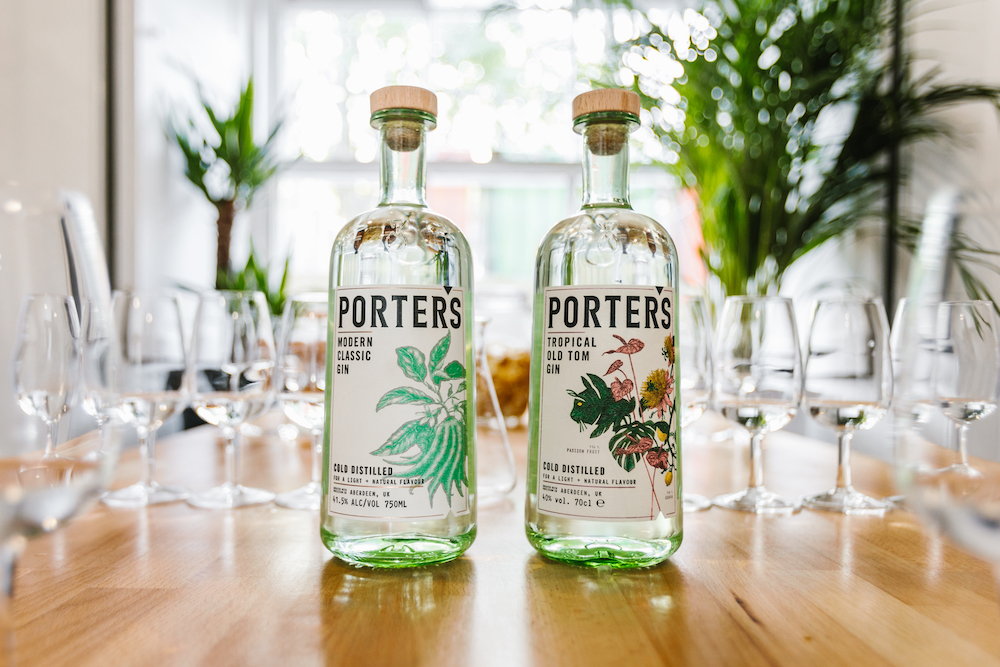 The RSE has the most spectacular exterior on the corner of George Street and Hanover Street – and this summer there will be interesting things going on inside the building too.

Curious is a month of talks, workshops, exhibitions and performances exploring some of the most pressing issues and ideas, and they are also offering afternoon tea.

From 2 to 26 August the programme includes topics such as the politics of migration and border control to forensic science, fake news and the science of gin. See the programme below.

Rebekah Widdowfield, CEO of the RSE said:“Our aim with Curious is for everyone who steps through our door to gain a better understanding of who we are, what we do and to come away having learnt something new or having been inspired.

“We believe that knowledge is only useful when it is shared, and our summer events programme will be an opportunity to listen to and talk with some of the fantastic leaders and thinkers living and working in Scotland today. We want as many people as possible to have the chance to come along to the RSE, exchange views and ideas and, hopefully, leave feeling a little more knowledgeable”.

The Tea and Just Talk series takes inspiration from the coffee house discussions of the Scottish Enlightenment as it invites visitors to enjoy a cup of tea while engaging with experts in a friendly café environment. There will not be any presentations, notes or formality, just the chance to ask questions and have a conversation with some of Scotland’s leading authorities on subjects as diverse as Scotland’s energy future, problems around menstruation, the impact of dance on neurological conditions such as dementia, forensic science and the role of law in determining what science is permitted before the court and, in the light of the recent D-Day remembrance ceremonies, the importance of remembering history.

The exhibition At Risk Academics and Refugees (ARAR): A Portrait reflects the RSE’s commitment to recognising young professionals of outstanding talent from Scotland’s refugee and displaced migrant communities. Three ARAR members of the RSE Young Academy of Scotland (YAS) sat for portraits with Glasgow-based portrait painter I.D. Campbell and the results are on display. Related events include discussions with the artist and sitters and three live painting sessions during which Iain finishes off his work using photographs of his subjects.

Val McDermid, RSE Fellow and Scottish crime writer will host a discussion with Tom Wood, one of Scotland’s most senior and experienced operational police officers, and Dr. Lucina Hackman, Principal Investigator and Forensic Anthropologist from Dundee University’s Leverhulme Institute. They will consider forensic science since it was first used in the world-famous Buck Ruxton murder case in the 1930s and how it has developed and is used today.

The Science of Gin offers an hour-long immersion into the science behind one of the most favoured of drinks and guides participants through modern distillation, botanicals and flavours. A gin and tonic and various tastings will be included in the ticket.

Interactive shows will focus on topics such as colour and its influence on creativity, how learning a second language impacts on our mother tongue, fake news and responsible debate.

Alongside this, the free Women in Science in Scotland photographic exhibition in the RSE reception area will continue to attract attention with 26 portraits of some of the fantastic women working in science in Scotland today.

To celebrate the 150th anniversary of the periodic table, a new macramé interpretation of the table will also be on display. Comprising over 200,000 knots (and 350 labour hours), the artwork represents the scarcity and vulnerability of the elements.

In the art section of the programme, I Am Just My Words is a mixed-media installation which features members from Write to Life, a Freedom from Torture creative group based in London. Audiences meet Elif, Hasani, Jade, Yami and Anonymous through picking up a pair of headphones and listening to their stories and experiences of the Home Office’s substantive interview.

I Don’t Feel Freedom is an interactive workshop hosted by Right to Remain for those going through, or with an interest in the Home Office’s asylum-seeking process, with practical advice.

The Dimlight Hours is a show based on a recently-discovered WW2 diary which brings to life the day-to-day experience of a woman and her family caught in air raids, rationing and years of destruction.

During this festivals season, the Royal Conservatoire of Scotland (RCS) will have a home from home at the RSE. The RCS Principal, Professor Jeffrey Sharkey will chair a panel discussion Arts & Culture: The Best Solutions to the 21st Century’s Biggest Problems?, a provocation  debate around the value, impact and potential of the arts and culture in society, now and in the future.