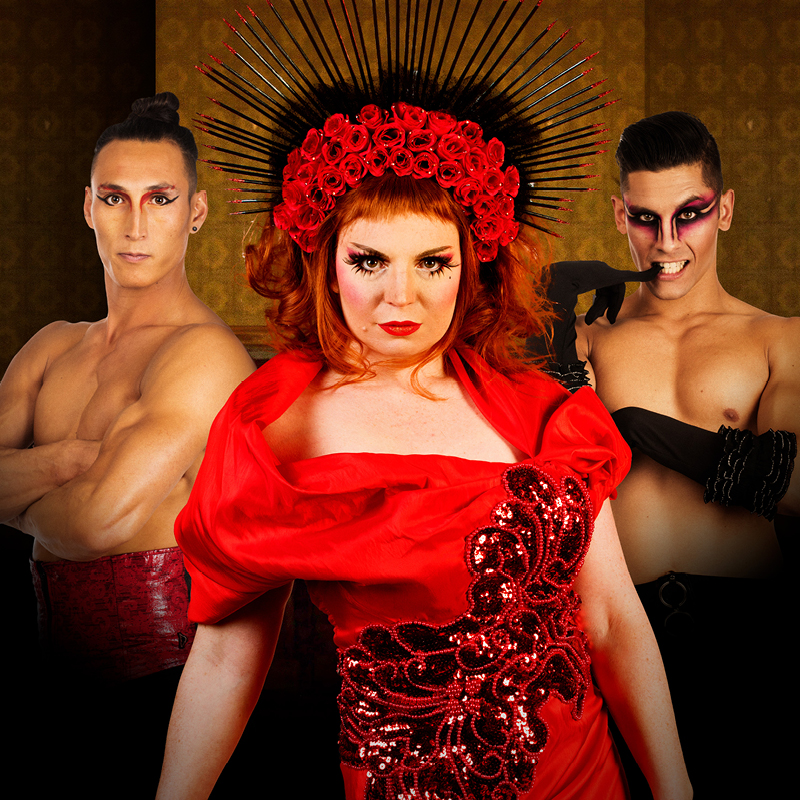 A non-stop celebration of the astonishing, surprising, subversive and the supremely sexy –Rouge is heading for the Edinburgh Fringe with its outrageous brand of adult circus.

A decadent blend of sensational acrobatics, operatic cabaret and tongue-in-cheek burlesque the show has earned a host of great reviews – delighting audiences and critics alike across Australia.

Its UK premiere takes place at the Underbelly Circus Hub (Venue 360) from 3 to 24 August. The showwon the 2018 Adelaide Fringe Weekly Award for Best Circus and Physical Theatre.

Elena Kirschbaum, the show’s director, said: “Rouge loves to break conventions and smash gender stereotypes, so it’s much, much more than simply sexy circus – it’s delightfully subversive, highly inclusive and has quite a few surprises.”

The show has been described as “circus for a new age” (Weekend Notes) – empowering as well as being a supremely entertaining, fun, funny and unforgettable night out.

Rouge is presented by the Highwire Entertainment production house that specialises in circus and multi-artform performances and events worldwide.Two years ago Smut Buttons awarded it ★★★★★ saying“if you aren’t turned on by this you might want to consult a physician, because you’re probably clinically dead”.