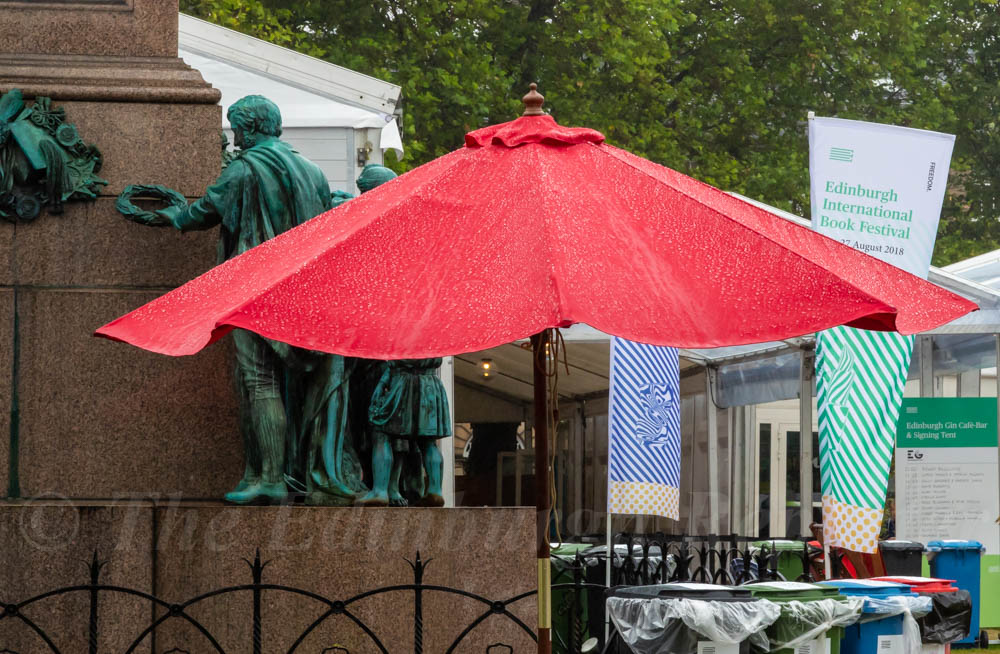 The Edinburgh International Book Festival has a large section devoted to younger audiences. Continuing the theme of We Need New Stories this part of the programme has been stocked with authors new and established who have stories to engage, thrill and inform younger people.

Janet Smyth, Children & Education Programme Director at the Edinburgh International Book Festival, said : “This year’s Festival aims to give a real sense of the exciting diversity, energy and innovation that currently exists in the world of children’s publishing.

“Authors and illustrators both reflect and respond to the concerns, the activism and the thinking of today’s children and young people with books about the environment, identity, gender and strong role models. With performances, arts and crafts, workshops and debates there is something for all ages and all interests.

“It is about not only finding the new stories, but for young people it’s giving them that empowerment to tell the stories that mean something to them, have an impact on their lives and shape their futures in a way that makes sense for them.”

Here are just some of the highlights of the Children’s programme which takes up a good 46 pages of the 145 page programme.

Malorie Blackman will appear at The New York Times main theatre on 11 August talking about the newest book in the groundbreaking Noughts and Crosses series, Crossfire. The books for ages 12+ deal with racism, politics and terrorism.

The author of How to Train Your Dragon, Cressida Cowell, will talk about Dragons and Wizards for an audience of 8-12 year olds in the New York Times Main Theatre on 25 August 2019.

Edinburgh’s own Julia Donaldson, author of Gruffalo, appears at two events the first on 10 August 2019 in The New York Times Main Theatre speaking with illustrator Catherine Rayner about her latest book Go-Away Bird and also picture books in general for an audience of 4 to 7 year-olds. This will be a performance of drawing, singing and dancing – an appropriate beginning for the 2019 festival as this is one of the first events. Then at the end of the festival on 24 August 2019 Donaldson appears again speaking with Axel Scheffler the other part of the Gruffalo team telling the tale of the Smeds and Smoos for an audience of 4-7 year olds.

Konnie Huq the former Blue Peter presenter will talk about Silly Science for families with children of 8 plus on 15 August 2019 in The New York Times Main Theatre. Huq has written her own story Cookie about a British-Bangladeshi girl who wants to be a scientist.

Stand up comedian and children’s author Harry Hill appears in the main theatre on the first day 10 August 2019 talking about his latest book Matt Millz Stands Up! Can Matt save himself from humiliation by writing some new jokes….?

Clare Balding has written the next book of her racehorse series The Racehorse Who Learned to Dance for children aged 8+ and you are invited to horse around with her in The New York Times Main Theatre on 19 August 2019.

Mel Darbon has written Rosie Loves Jack told from the perspective of a girl with Down’s Syndrome. She introduces the book at an interactive event on 24 August in the Baillie Gifford Imagination Lab.

Tickets go on sale for Edinburgh International Book Festival Charlotte Square Gardens 10-26 August 2019 on 29 June 2019 either online or in person.