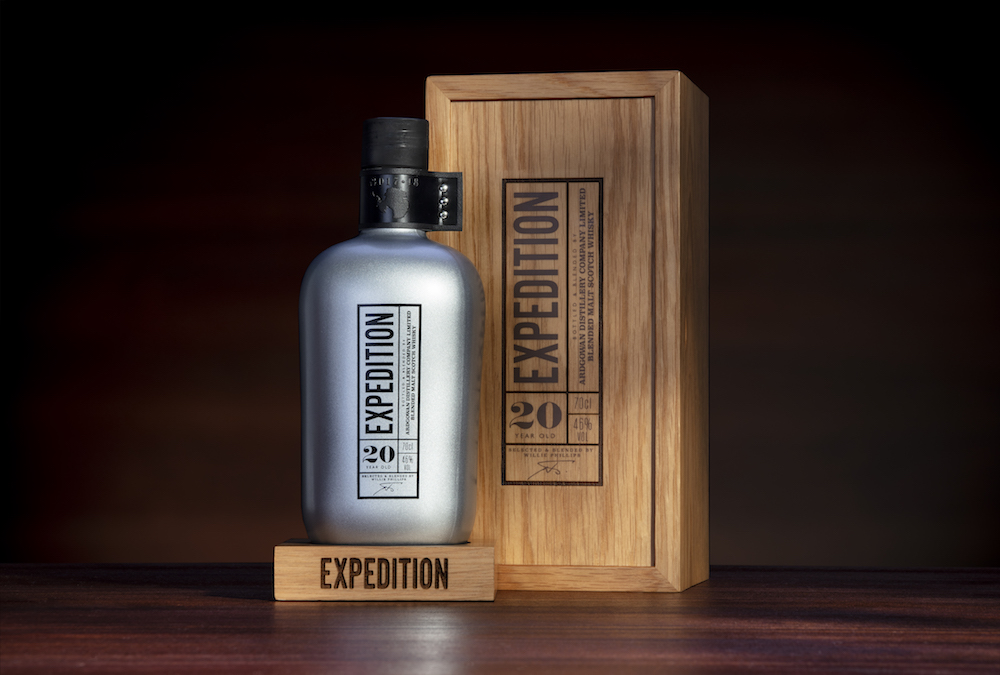 Ardgowan Distillery’s very first whisky has taken the bronze award in the over £100 category in this year’s Scottish Field Whisky Challenge.

Ardgowan Expedition, an exclusive 20-year-old premium blended malt specially created by Ardgowan Chairman Willie Phillips, was ranked against its peers in a completely blind tasting by a panel of 11 expert judges, all appointed by the Scottish lifestyle magazine.

The whisky connoisseurs ranked Expedition ninth overall, and third in the over £100 category, with judges describing the dram as “sherried, nutty, sticky toffee pudding” and “sweet, rich, stewed fruit…did not add water, smooth as it was”.

Martin McAdam, CEO of Ardgowan said:“We are delighted with the recognition this award has given our very first whisky. Ardgowan Expedition was an opportunity for us to put our shared expertise to the test and we are immensely proud of the result.”

Ardgowan Expedition 20-year-old is a blended malt which includes classic single casks from upper Speyside and the northern Highlands. The 600-bottle run also contains whisky which has travelled to the South Pole and back, carried by Polar Explorer Robert Swan OBE.

Each bottle which retails at £500 has been personally signed and numbered by Willie Phillips, who rose to fame as the managing director of The Macallan from 1978 to 1996.

The business based in Edinburgh is progressing with their plans to build a new lowland distillery at Inverkip, with production due to start in 2020.

Mr McAdam concluded : “In the meantime, we are putting together a private collection of premium barrels which we will release in a number of different expressions in the coming months.”