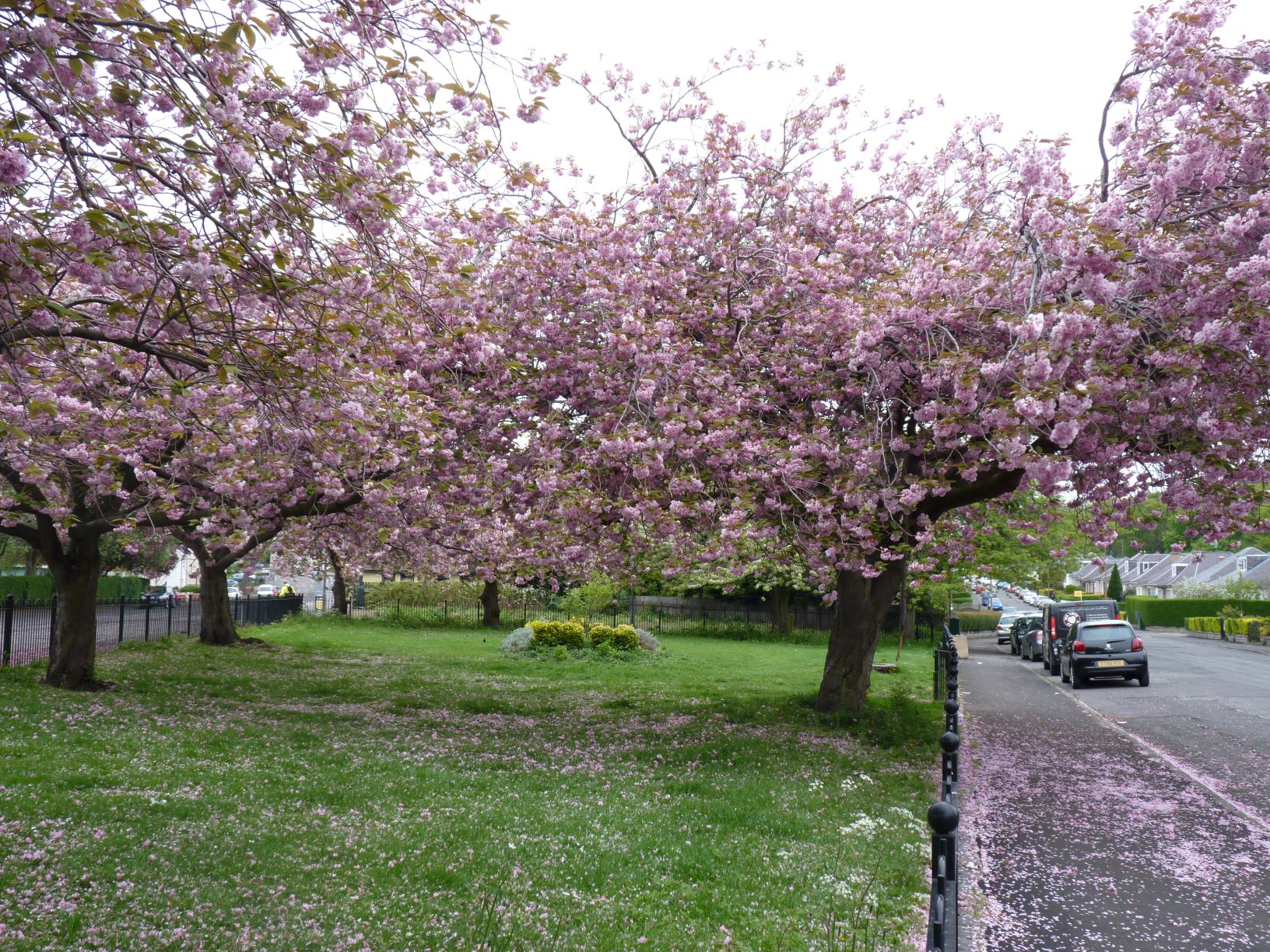 Climate change has been in the air this week.  The May Day celebrations on Calton Hill in Edinburgh saw the Beltane Queen, Katie O’Neill, come storming out from her winter bower in angry mood at man’s destruction of the planet.  Her dress, of re-cycled materials, was covered in images of oil spills, pesticides and deforestation.  Some 300 performers, with drums and flaming torches, told the ancient story of transforming winter’s sadness to spring’s gladness.  The crowd of 8,000 loved it.

Earlier in the week, the Extinction Revolution against climate change came to Scotland with a “die-in” demonstration among the dinosaurs of Kelvingrove Museum in Glasgow.  And on Wednesday, the Scottish Parliament, joined the Westminster parliament in declaring an official climate change “emergency.”

The SNP government quickly caught the public mood, joining in the “emergency” campaign, even though their MSPs had voted against a Green Party motion just weeks before calling for just such a declaration.  And when the Independent Committee on Climate Change (CCC) suggested that Scotland was best the placed nation in the UK to set the pace on cutting carbon emissions, the environment secretary Rosanna Cunningham announced that the date for “net-zero-greenhouse gas emissions” will be brought forward five years to 2045.  There will be interim targets of 70 per cent reduction by 2030 and 90 per cent reduction by 2040.

They’ve been hailed as the toughest targets in the world. But the CCC says they are achievable. Scotland has already cut its greenhouse gases by half since 1990 and the CCC says the measures needed now are all practical, using existing technology……increasing the use of wind, solar, wave and tidal power, ensuring our buildings are energy efficient, converting to electric vehicles, introducing carbon capture schemes and planting more forests.

Whether the SNP have caught the public mood on “independence” is more doubtful.  Last week’s party conference, you may recall, saw the launch of a spring offensive for a second independence referendum with a bill in parliament, a Citizens Assembly, a booklet for every household in the country explaining the case for independence. Scotland should be given a choice between Brexit and independence within the next two years, Nicola Sturgeon declared.

But since then it’s emerged that no Conservative government at Westminster would allow a second Scottish independence referendum and the issue of which currency an independent Scotland might adopt has led to a little confusion.  The conference voted for a separate Scottish currency “as soon as practical” but it also voted for “six tests” before Scotland would abandon the pound sterling and move to a separate currency.  And, of course, no one is mentioning the Euro which may prove necessary if Scotland wants to re-join the EU.

The Conservatives want none of all this and they are gathering in Aberdeen this weekend to hail the return of their Unionist warrior, Ruth Davidson, who is breezing back into action as leader after six months maternity leave.  She said her baby son Finn is her top priority but she is still going to give 100 per cent to the job of leading the Conservatives to an election victory.

Meanwhile devolution goes quietly on. We learnt this week that Social Security Scotland, the new benefits agency – taking over eleven different welfare payments from Westminster – now has 330 staff and has so far distributed £90m. But the biggest payments, such as the disability living allowance, have still to be devolved and the Auditor General has warned that the Scottish government does not yet have a clear picture of what will be needed to deliver these much more complex benefits.

It used to be that social security was provided not by the state but by the church.  And indeed both the Protestant and Catholic churches still provide care homes for both old people and vulnerable youngsters.  The Church of Scotland’s care agency, for instance, has a staff of over 2,000 and a budget of over £50m a year.  But this week we learned that the Church has had to pay out £1m in compensation to three people who were abused as children in one its Edinburgh homes back in the 1970s.  The case only came to light in 2013 when caretaker Ian Samson was convicted of 22 offences against children. The Church has since apologised and has now, after a civil court case, been ordered to pay a record sum in compensation.

Finally, spare a thought for the 126,000 school pupils sitting their exams this month.  It all began with PE and Latin on 25th April and it ends with Sociology on 31st May.  Maths has just happened and this coming week it’s Spanish, English and chemistry.  Already there have been complaints that the biology exams were too hard.  And there’s a political row over how many subjects pupils are able to study in 4th year.

It’s all very stressful and I don’t suppose there are many pupils brave enough to miss Friday afternoon exams to take part in the student strikes over climate change.  All I can suggest is that candidates occasionally look out of the exam room window and watch the blossom blowing off the trees.

The month of May will soon be over.