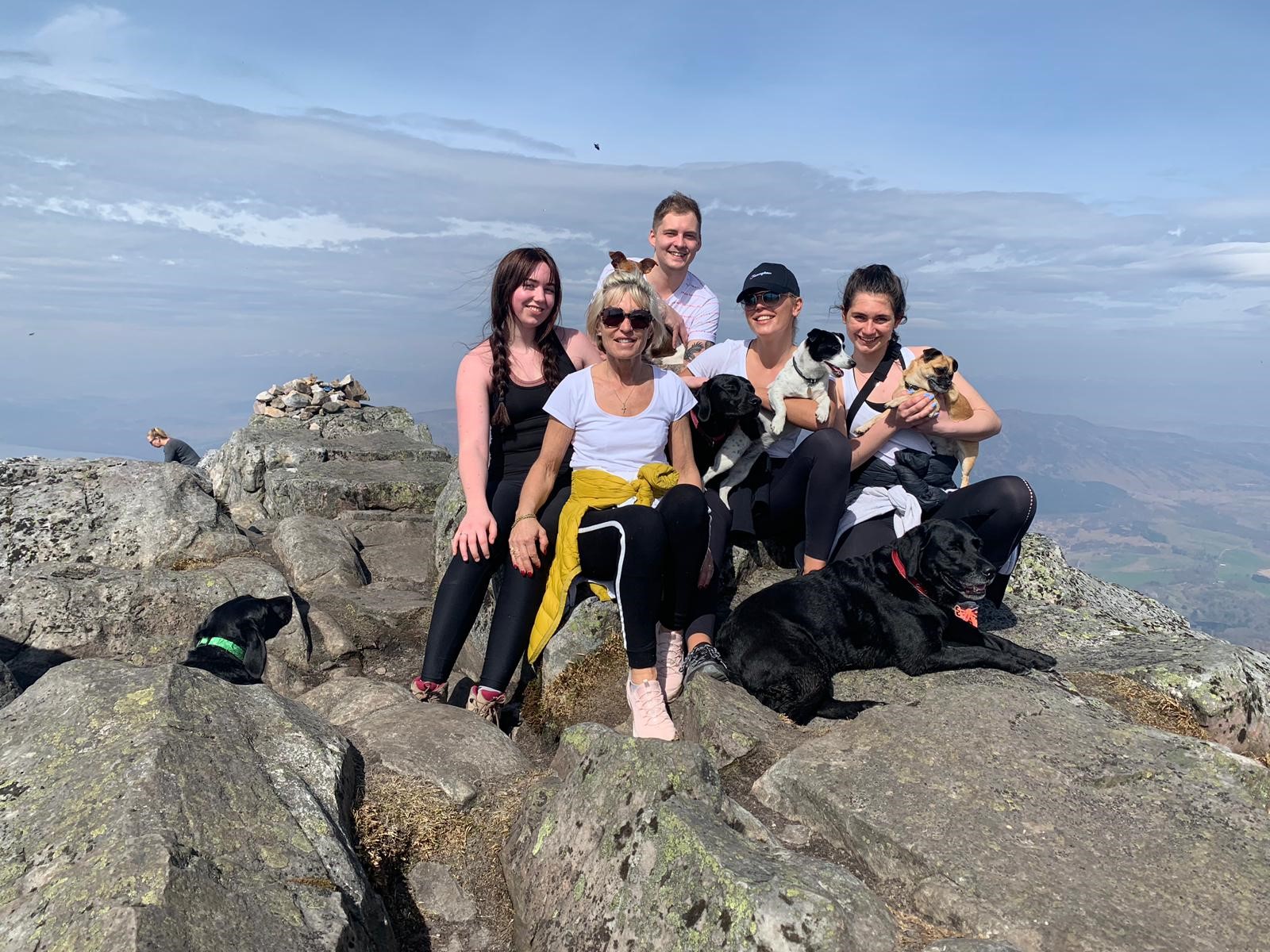 TV Presenter of  Channel 4’s “Place in the Sun” and Kenmore girl, Danni Menzies, is once again fund raising for a cause close to her heart!

Having last year taken part in an old banger car rally around Europe with her dad Robin– owner of Mains of Taymouth country estate – in aid of a refugee charity, Danni is about to undertake the gruelling National Three Peaks Challenge – climbing the three highest peaks of Scotland, England and Wales –  Snowdon (1085m), Scafell Pike (978m) and Ben Nevis (1345m) – within just twenty four hours.

Danni, her mum Irena, and sister Mia, along with some other family members and friends, took part in a practice climb of local Munro Schiehallion over Easter weekend, along with another local Munro, and were blessed with amazing weather as they climbed. Six dogs accompanied the dog loving family, including three Jack Russell Terriers, who all made it to the top of each peak.

Danni splits her time between her flat in London, and trips home to Kenmore. She said : “I’m excited to be taking on this challenge on behalf of MIND, which is one of my favourite charities. It provides advice and support to empower those experiencing mental health problems.  MIND also campaigns to improve services, raise awareness and promote understanding. It believes no-one should have to face a mental health problem alone.”

“It’s going to be very physically demanding – it was hard enough doing two Munros over three days, never mind three peaks in twenty four hours – and I doubt I will get such good weather either. Those local climbs were amazing, what a great weekend we had, my family and friends have been so supportive of this latest fund raising venture I have set myself.”

Danni, who is also a volunteer at London Charity, The Soup Kitchen, which is near her flat added : “I would also like to say that mental health problems do not discriminate, and so many of us have witnessed or experienced their impact. If anyone can spare a donation, however small, it will be very much appreciated.”