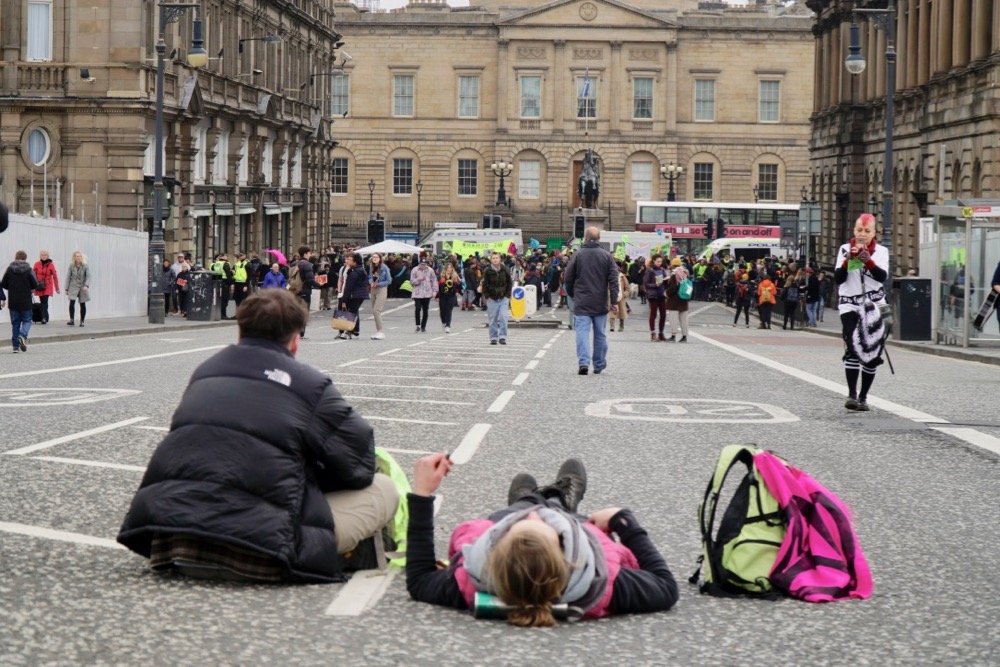 Police have thanked the public for their cooperation during yesterday’s climate change protest.

At around 3pm, approximately 300 protesters gathered on North Bridge, causing the road to be closed for all vehicles.

Police engagement continued with the protestors to ensure the demonstration was contained to North Bridge, and pre-planned diversions were implemented to limit the disruption to traffic.

At around 8.30pm the demonstration came to an end. A total of 29 people, 17 men and 12 women, were arrested for a breach of the peace.

Reports will be submitted to the Procurator Fiscal and those arrested have been released to appear in court at a later date.

Assistant Chief Constable Paul Anderson said: “I would like to extend my thanks to the public and our partners within the city centre for their assistance and cooperation whilst the demonstration was ongoing.

“The police have both a duty to prevent crime and disorder, and balance the qualified rights of protestors with the rights of the wider public under the European Convention on Human Rights.

“We will continue to work with event organisers and protest groups and would encourage those planning any event to engage with Police Scotland at their earliest planning stages.”