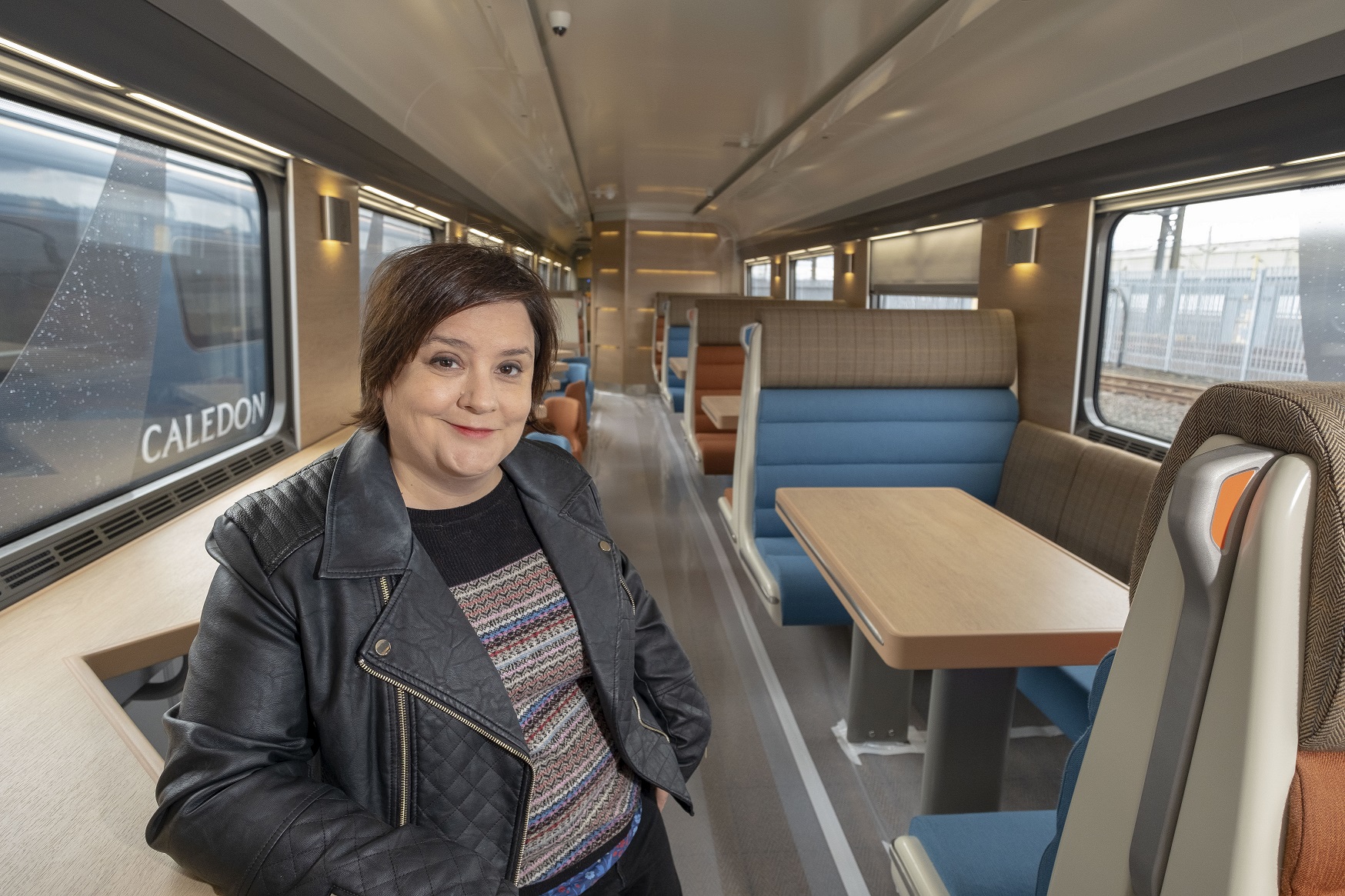 It was announced recently that giggle-imp, Susan Calman gets on board as voice of new Caledonian Sleeper.

Guests travelling on board Caledonian Sleeper will soon be woken by one of Scotland’s most popular celebs – after Susan Calman was named the voice of the new trains.

The TV and radio star is no stranger to travelling to some of the nation’s best-loved destinations having recently presented Channel 5’s Secret Scotland.

Ryan Flaherty, Serco’s Managing Director at Caledonian Sleeper, said: “Susan is the perfect fit as the voice of Caledonian Sleeper. Like us, she has a real sense of adventure and is completely at home travelling around Scotland.

“Our ambition with our new trains is to deliver a timeless experience for guests and I know Susan is thrilled to be part of such a huge change to the service. We’re firmly on the final countdown now and I cannot wait for guests to step on board and see the new Caledonian Sleeper for the first time.”

And now, her tour of Scotland will continue six nights a week as she ‘travels’ on board Caledonian Sleeper between London and various Scottish locations including Aberdeen, Edinburgh, Fort William, Glasgow and Inverness.

Susan, who will voice all scheduled announcements, is a frequent guest on board and a huge advocate of sleeper travel. During her time on BBC One’s Strictly Come Dancing last year, she even filmed on the train as part of the show.

Susan said: “I spend almost as much time on the Caledonian Sleeper as I do in my own house and so it was a great pleasure to give voice to the new trains. I look forward to being woken up by myself. Although it might give me a fright occasionally.”

The new Caledonian Sleeper trains will be introduced by the end of May 2019 and for the first time will include rooms with double beds and en-suite toilet and showers.

The new fleet, built at a cost of over £100m and part funded by a capital grant from the Scottish Ministers of £60m, has been designed to accommodate the modern-day traveller and cater to both business and leisure travel guests. A range of accommodation options will be offered, including:

The trains will initially be introduced on the Lowlander route between Glasgow / Edinburgh and London before being rolled out onto the Highlander which serves Fort William, Aberdeen and Inverness.

To find out more about the Caledonian Sleeper, visit sleeper.scot

Susan Calman at the Underbelly