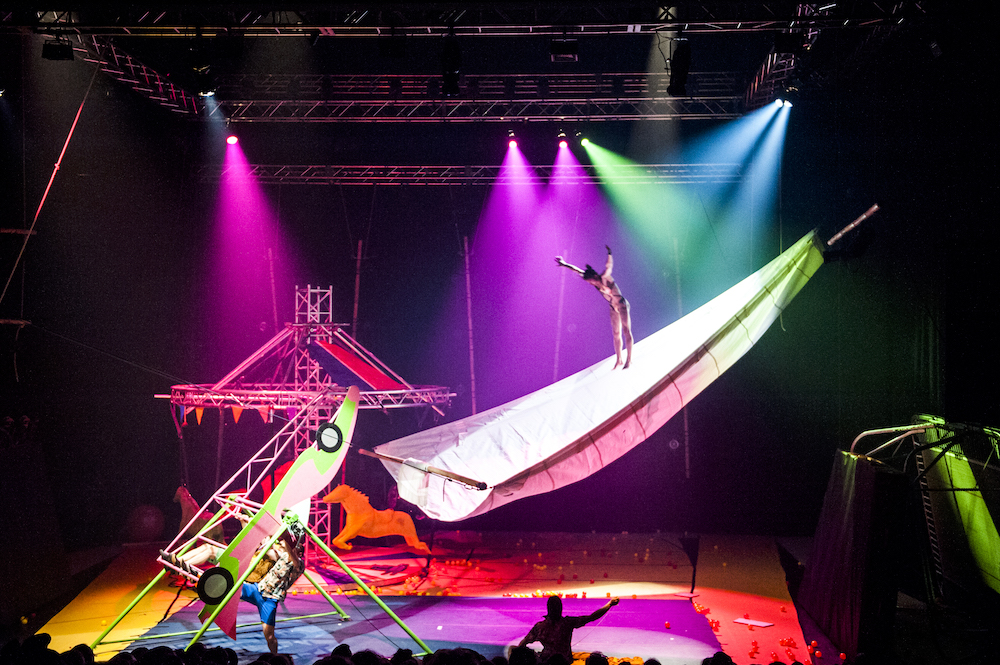 This summer Underbelly are adding to their circus offering with Race Horse Company and Super Sunday at the Circus Hub on The Meadows.

From 2-24 August prepare to be amazed by a fair ground where acrobatic chaos reigns supreme. Race Horse Company from Finland are said to have some of the most ridiculous and gravity defying stunts imaginable.

Their show is the company’s biggest production and is the most ambitious for Circus Hub. There is no director but six performers who run around improvising like mad. It is cheeky and hilarious and shows off their circus skills at the same time.

Nothing is quite as it seems in this theme park and the unexpected will happen. There is a double trampoline act, two human catapults and a Wheel of Death just in case you need any more excitement.