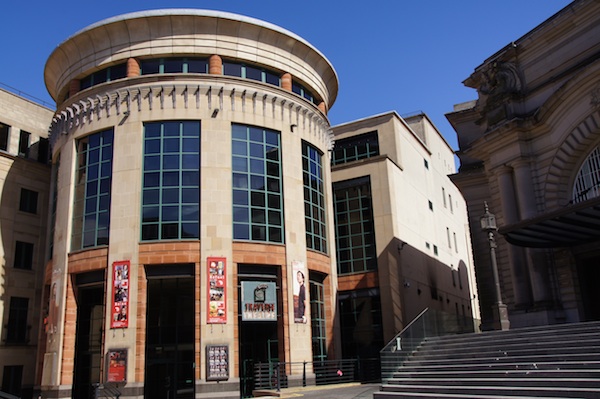 Produced by A Play, A Pie and A Pint, Òran Mór
Presented by the Traverse Theatre

Òran Mór returns with six new plays to light up your lunchtime from 9 April to 18 May 2019. Ticket includes a pie and a drink.

Here's a delicious slice of #NationalPieDay🥧 trivia for you to enjoy… last year 7,609 pies were enjoyed across our @PlayPiePint season.

The “Comedian’s Comedian” Chic Murray passed away in Edinburgh in 1985. On his last day on this earth, Chic takes a musical look back at the ups and downs, triumphs and tragedies of a glittering, but tragically flawed career that took him from an engineer’s apprenticeship in Kincaid’s Shipyard, Greenock, to the top of the bill at The London Palladium.

George & Joy Adamson, like many others, loved the animal kingdom as much, probably more, than their fellow humans. Camping for years where humans were few, but dangerous wildlife teemed around them. With no mobiles, to relieve isolation, how did they react to the wilderness? Did they conduct themselves like civilised human beings? Or draw from the animals they studied?

Ninety years after his own demise, Charles Rennie Mackintosh’s internationally acclaimed masterpiece lies in ruins. For the second time in four years a fire has torn through Glasgow’s most venerable building. Should we save the Mack or just let it go? Are there really things “more precious more beautiful – more lasting than life itself?”

A lovingly disrespectful homage to one of the classic films of all time that will have you raise a Bogart style eyebrow, shed a Bergman-like tear and drown out the Nazis with a rousing chorus of the Marseillaise. Set in French Morocco, 1941, Casablanca interweaves a tale of wartime conflict with political and romantic intrigue.

Based on the Edinburgh International First Book Award-winning novel The Letters of Ivor Punch by musician and author Colin MacIntyre (Mull Historical Society). Set in the present day and in the 1860’s on a remote Scottish island (based on the isle of Mull) that is about to give up its secrets, it explores mythology and how it washes up against faith.

At Edinburgh Airport, a toy plastic chicken is suspected to be a bomb. A woman is screened for domestic radicalisation, while her interrogators decide to perform a violent and radical act of their own. Based on a true story, Toy Plastic Chicken is a violent comedic exploration of degradation and revolt.