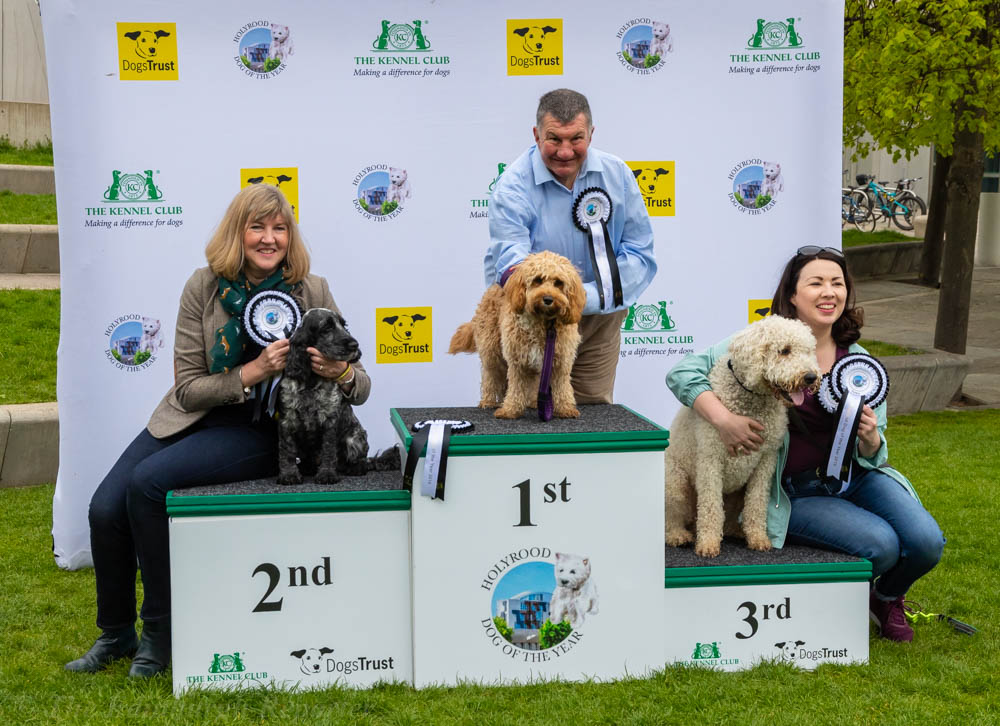 Earlier today Jeremy Balfour, the Scottish Conservative and Unionist Party MSP for Lothian, and his eight-month-old Cavalier King Charles/Miniature Poodle cross, Sadie, competed with other politicians and their pooches in a light-hearted attempt to win the coveted title of ‘Holyrood Dog of the Year’.

Dogs of all shapes and sizes, regardless of breed, creed or ‘pawlitical’ persuasion, helped – with varying degrees of success – their MSP owners to strut their stuff as they headed to the Scottish Parliament gardens at Horse Wynd, Edinburgh, to see who would be crowned top dog.

Organised jointly by the Kennel Club and Dogs Trust, the competition offered the unique chance for Jeremy, and his colleagues to show off their loyal canine companions.

Much like its long-running English counterpart Westminster Dog of the Year, Holyrood Dog of the Year aims to promote responsible dog ownership and encourage open dialogue on dog welfare issues in Scotland, as well as providing an opportunity for MSPs to meet with dog welfare experts to discuss all aspects of the canine world.

is year’s competition was centred around raising awareness of the negative impact that fireworks can have on dog welfare, and how both dog owners and non-dog owners can help reduce this.

Proud owner, Jeremy explains: “Sadie is friendly, playful and responsive, and my biggest campaign supporter. If you’re looking for puppy love, look no further! “This fun event will be a great chance to celebrate the essential work MSPs are doing to improve dog welfare and will be a fantastic opportunity to highlight the importance of responsible dog ownership, as well as issues around fireworks and dog welfare.”

MSPs will called for their supporters to vote for them, in a bid to win the ‘pawblic’ vote, with additional judging on the day which reviewed the contestants on their good dog deeds and winning personalities. This then determined which political pooch took home the ultimate parliamentary privilege of the ‘Holyrood Dog of the Year 2019’ title.

After a closely fought contest, the judges came to their decision and the winners and runners up were –

The judging panel to determine which dog won the crown included Paula Boyden, Veterinary Director at the Dogs Trust, and Bill Lambert, Senior Health and Welfare Manager at the Kennel Club.