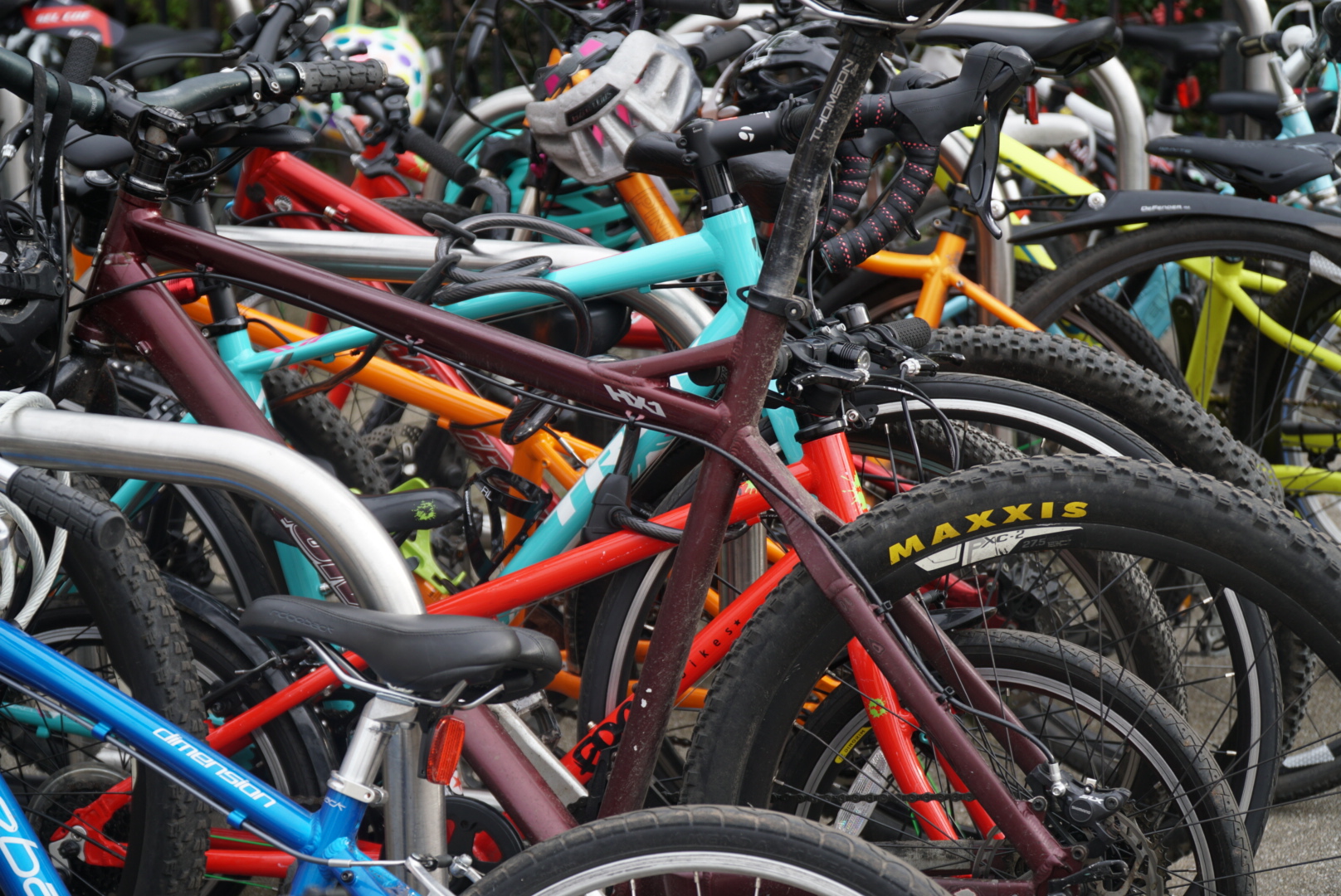 They joined the ride at Blackford and cycled by way of the grounds of Astley Ainslie Hospital, Grange Loan and Whitehouse Loan to the school.

This is the work of the parent council’s transport committee which organised it – although we rather missed the piper who was near the beginning of the route and we were at the end!

Many were wearing high vis tabards donated by Deans Solicitors and Estate Agents LLP featuring a unicorn on the back. This refers to the school emblem.

When they reached the school breakfast was laid on outside courtesy of Sainsbury’s. We spoke to Ewen Maclean chair of the transport parent group at James Gillespie’s Primary School, Transport Convener and regular cyclist Lesley Macinnes and the cycling surgeon Professor Chris Oliver after arrival at the school.

Colin McLean, Headteacher at JGPS, said: “We are committed to raising our pupils as responsible citizens and I am delighted to support the parent council in this endeavour. The event on 22 March also kicks off our school’s participation in the nationwide Big Pedal competition which I have signed us up for.”

The Big Pedal is an annual competition, run by Sustrans, where participating schools across the UK log the number of their pupils’ active (cycling, scooting, walking) journeys  to school over a two week period. The overall winner is judged by the greatest number of active journeys made.

The bike ride was inspired by the regular bike bus at Sciennes Primary School. It is hoped that there will be a group cycle ride on a monthly basis after the Easter holidays on the first Friday of the month. There will also be further routes and walking buses introduced.