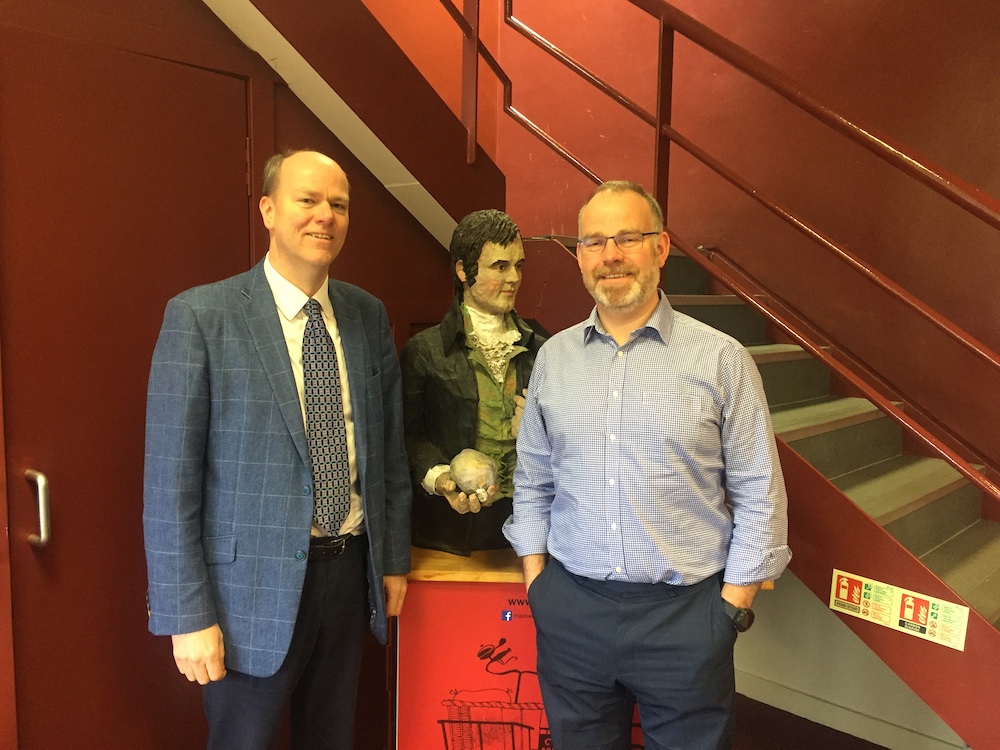 Scottish Conservative and Unionist MSP for Lothian, Gordon Lindhurst, visited Macsween Haggis in Loanhead, this week after paying tribute to the firm for its export success.

The MSP, who is also his party’s spokesman for trade, met with Managing Director James Macsween, whose grandfather Charlie originally started the business as a butchers shop in Edinburgh’s Bruntsfield in 1953. Since then the haggis brand has grown enormously and is now sold across the UK and around the world.

James talked Lindhurst through his successful family business before taking the MSP on a guided tour of the factory, which supplies a number of the UK’s biggest supermarkets and wholesalers.

The Lothian MSP was visiting Macsween after lauding the firm on a bumper January sales month, with exports of £25,000 to Canada alone. The company was the first to export haggis to the country since 1971, having tailored a recipe to the country that meets its food safety regulations.

Speaking after the visit, Mr Lindhurst said: “It was a great pleasure to visit Macsween Haggis, a family-owned Edinburgh business since the early 1950s.

“The business bases itself on high-quality products and that was self-evident from my visit today. The company also highlights the versatility of haggis, which can be used in a whole range of recipes.

“It is incredible to see the product coming off the production line and know that ‘The Great Chieftain o’ the Puddin-race’ is exported across the world.

“As Scottish Conservative spokesman for trade, I am delighted to see Macsween succeeding domestically as well as internationally and I wish them continued success into the future.”