Daniel Johnson MSP for Edinburgh Southern and Shadow Cabinet Secretary for Justice made a speech this weekend to the Scottish Labour Party conference in Dundee. Here is what he said :

In the year since we last met I have experienced a lot.  In fact I have been to prison. More than once…

Not because a judge sent me, I hasten to add. But because I wanted to see and understand the consequences of our justice system for myself.

Though I note things like, say, motoring offences, don’t seem to stop you becoming the actual Cabinet Secretary for Justice, so maybe I don’t need to explain myself.

In all seriousness, can I take a moment to pay tribute to prison officers who do their job with a dedication and sense of duty far beyond what we might expect. They keep us safe by keeping dangerous individuals away from our communities.

These failures are complicated and that is why the justice system is complicated.

It is also why we need to be frank about the issues we face in the prison system:

We have a prison population at a 5 year high, and we have twice the rate of remand in Scotland compared to the rest of the UK.

Some people are much more likely to be in prison – 60% of inmates have suffered brain injuries. On one estimate, 80% of young men in Polmont have experience of the care system.

Despite attempts to reduce use of short term prison sentences, the use of community orders is falling and a third are not completed at all.  Not that you would expect any of this if you listened to the SNP Scottish Government – you don’t hear about these challenges or that we send more people to prison than in England.

The SNP tell us about a presumption against short sentences – but little about how the alternatives will be delivered.

They talk about clear up rates for particular crimes, but say nothing about rising non-sexual violent crime.

Police numbers are trumpeted, but with no acknowledgement that officers are overwhelmed, picking up the pieces from council services decimated by cuts.

Justice deals with failure, but the SNP are failing the justice system.

I have also spent time with prison mentors – helping people who have recently left prison.  I spent a day driving across Glasgow, just to get a former prisoner a prescription; a prescription that kept that person on recovery rather than returning to street dealers, and all because prisoners automatically lose their registration with their GP.

Prison and criminality is complicated, but some of the solutions are simple – like access to health services.

That’s why I am bringing forward proposals to make sure that people leaving prison are given the basic things they need to change:

Without these things, they face huge challenges just to get to the end of the first day – without ID or an address applying for benefits is impossible, and without a GP, recovering from substance misuse is fraught with problems.

But we must also look at what happens when things do not work.

The murder of Craig McClelland was not just tragic – it should not have happened and it should not have been possible.  He was murdered by someone released from prison on an electronic tag, who breeched their conditions and was illegally at large, but it took the Police weeks to check his address.  This tragedy exposed a system of release with insufficient safeguards and a complete failure to monitor those people on tag.

While we must ensure those released from prison have the opportunity to reform and change their lives, when they fail to take those opportunities, the response must be swift and robust.

That is why we will support the creation of a new offence for prisoners breeching the condition of their release on electronic tag, but we will go further: we will bring forward proposals that ensure those breeching will be arrested, go to jail, and make sure that the time spent at large is added to their sentence.

Prisoners breeching their conditions, cutting off their tag must be treated as seriously as a prisoner escaping over the prison wall.

The point is this – we can only achieve our goal of ensuring there is opportunity and equality in all our communities if those communities are safe, and we can only make sure individuals reform and are rehabilitated if they have the chance do so, because justice must be grounded in social justice. 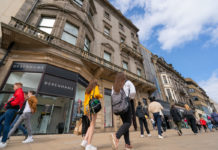 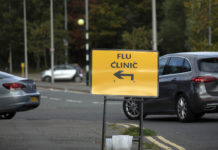 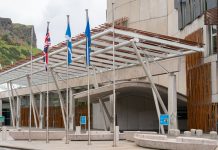 Johnson challenges the Health Secretary over the Sick Kids 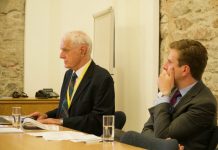 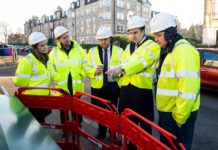