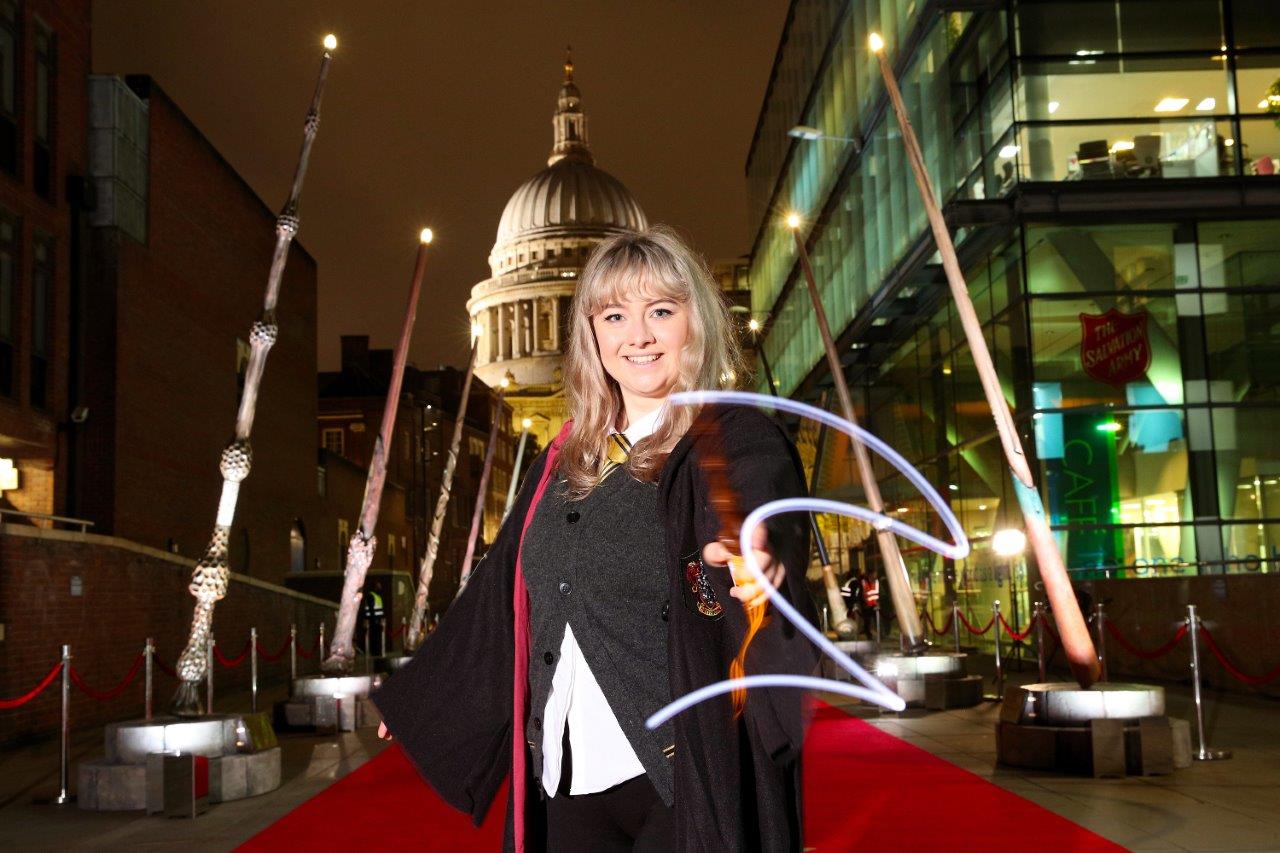 A poll has opened today to decide the next town or city to host a display of wizarding wands which illuminated London last autumn.

This is all part of a celebration which coincides with the release of the Blu-Ray and DVD of Fantastic Beasts : The Crimes of Grindelwald on 18 March 2019.

We all know that Edinburgh is the true spiritual home of Harry Potter so why not vote to bring the display here?

Standing fifteen feet tall and set within concrete bases, the nine wands – bringing to life those belonging to some of the most beloved characters in the Harry Potter and Fantastic Beasts films – illuminate each night, performing a light show to music from the Fantastic Beasts and Harry Potter films They were created in support of ‘Lumos’, whose mission is to end the institutionalisation of children around the world.

Josh Berger, President and Managing Director of Warner Bros. Entertainment UK, Eire & Spain, and President, Harry Potter Global Franchise Development said: “We were overwhelmed by the response to the Wizarding World Wands supporting Lumos installation in London last year and want to bring the magic to fans across the country.  We are excited to find out where they’ll be unveiled next.”

To vote for your town or city and for further information visit: www.fantasticbeasts.co.uk/wandsready

Fantastic Beasts: The Crimes of Grindelwald will be released on 4K Ultra HD, 3D Blu-ray, Blu-ray and DVD on 18 March. The film will be available to own on digital download from 9 March.