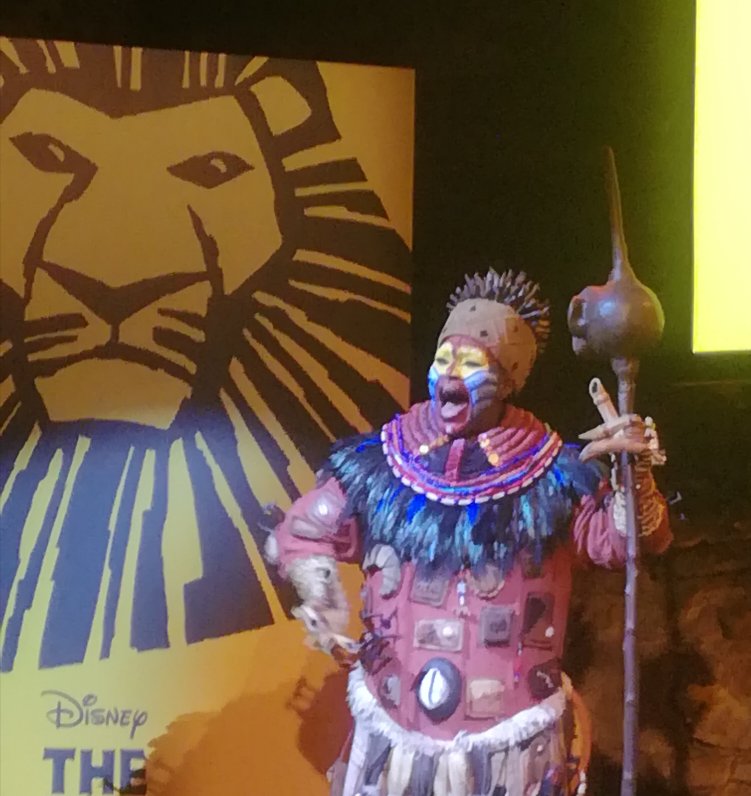 The Walt Disney Company UK & Ireland have announced that the iconic musical The Lion King will be performed at the Edinburgh Playhouse in December – and tickets for the show will go on sale from Tuesday 5th March 2019.

The show will be on over the Christmas and New Year period and beyond with a dedicated Relaxed Performance in Edinburgh on Sunday 26 January 2020 at 1:30pm. Relaxed Performances are specially adapted to be accessible to a wide range of audiences such as those with autism, those with a learning disability or anyone with a sensory predisposition, with extra trained staff on hand and dedicated quiet areas inside the theatre should anyone need to leave their seat.

Colin Marr, Theatre Director at the Edinburgh Playhouse said: “We have been overwhelmed by the reaction of audiences Scotland-wide to the return of Disney’s THE LION KING to the Playhouse, we can’t wait to get it on sale now!

We’re absolutely thrilled and honoured to be hosting a Relaxed Performance, THE LION KING was the first show to offer this at the Playhouse in 2013 and was a tremendous success. We look forward to building on this, working with our community partners and welcoming the widest audience possible.”

More information about the Relaxed Performance can be found here

With a cast of more than 50 actors, singers and dancers, the story of THE LION KING is miraculously brought to life using masks, puppets and striking costumes to tell the story of young Simba’s epic adventures as he struggles to accept the responsibilities of adulthood and becoming king. The stunning simplicity of the production is the work of a team of designers which drew on diverse cultural influences to recreate the rich colours and vast expanses of the African savanna in this daring and inspiring reinvention of one of the most successful animated films of all time.

The original score from the animated film was expanded for the stage and now features 15 musical numbers.  As well as writing completely new songs, South African composer Lebo M created an evocative blend of African rhythms and chorales, with additional material by Julie Taymor and Mark Mancina. Elton John and Tim Rice have added three new numbers to the five that they wrote for the award-winning score of the animated film. The resulting sound of THE LION KING is a fusion of Western popular music and the distinctive sounds and rhythms of Africa, including the Academy Award®-winning Can You Feel The Love Tonight and the haunting Shadowland.

Tickets are on sale from 5th March and you can sign up for more information here.