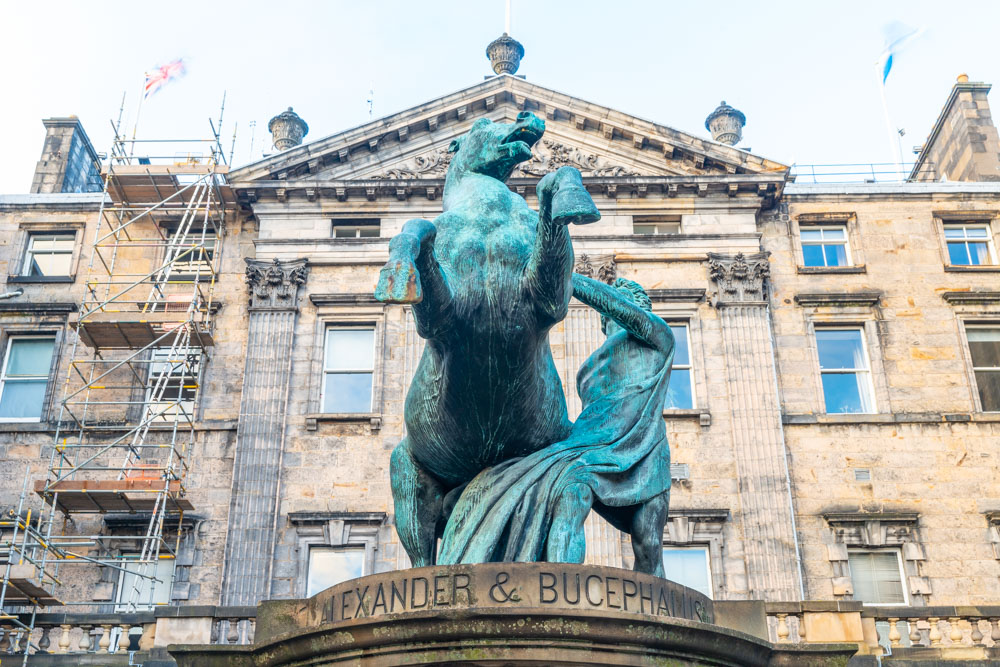 Without warning the draft budget which will be voted on next week includes an 89% reduction in financial support for the marketing body in just two years.

Part of the Marketing Edinburgh organisation is Convention Edinburgh (CE) which seeks to attract academic conferences to come to the capital. More than 75 members of the 540 strong Edinburgh Ambassadors programme, which is managed by CE, have written to the council with their concerns over cutting the funds available to Marketing Edinburgh. They say that the cuts would damage the city’s future as a superior conference and meeting centre and also the ‘world-leading academic ecosystem’ Edinburgh is renowned for.

They have written to the council and also used the council’s consultation hub to have their say. All four of the city’s universities are represented, Roslin Innovation Centre, Royal Infirmary Edinburgh and other business, scientific and academic bodies.

All have worked with CE to bring valuable conferences to Edinburgh benefiting the city in economic terms and also its social progress.

With cuts of this magnitude the Chief Executive of Marketing Edinburgh, John Donnelly, has already told us that the future of the organisation is at risk. Now the Edinburgh Ambassadors Programme is also in jeopardy. Since 1998, Edinburgh Ambassadors have secured 1,348 conferences with 528,605 delegates to Edinburgh which resulted in an economic impact of £900M for the city.

Felicity Mehendale, Honorary Senior Clinical Lecturer at the University of Edinburgh, said: “Without the professional expertise and help from Marketing Edinburgh, I would not have been successful in winning the bid for the four-yearly International Cleft Conference in 2021 – this will be the first time it has ever been held in the UK.

“Winning bids for prestigious international congresses brings significant business to Edinburgh and many repeat visitors. However, bidding is now extremely competitive, and we simply cannot rely solely upon the academic reputation of Edinburgh – we absolutely need an organisation like Marketing Edinburgh to help with the many aspects of conference bidding which is beyond our remit as academics.”

In a letter to City of Edinburgh Council, Dr Richard Reardon, Senior Lecturer in Equine Surgery, The University of Edinburgh University said: “Removing more than £0.5M from Marketing Edinburgh’s financial plans would leave Scotland’s Capital as the only major city in the developed world without a Convention Bureau. Who else will champion Edinburgh on a national and global scale as a conference destination? Who else will act as the critical lynchpin between academia and the city, leading on city bids and persuading associations to hold their conferences in Edinburgh? As plans currently stand, no-one will. I would ask that all Councillors play your part in ensuring their survival.”

Professor Jessie Kennedy Dean, Research and Innovation Office, Edinburgh Napier University said: “Convention Edinburgh has assisted me in bringing several conferences to the city, without their help this would have been less likely to happen. Running conferences is work over and above normal academic duties, which brings esteem to the University, in addition to the economic benefits to the city and therefore plays a vital role in the success of Edinburgh’s institutions.”

Brian Corcoran, CEO, Turing Festival said: “Turing Fest brings many business visitors into Edinburgh every year. Our mission is to take that number – of investors, entrepreneurs, start-ups, global tech companies, technical talent, customers – up to 10,000 over the next few years, which will help establish Edinburgh internationally as one of Europe’s best tech hubs. Marketing Edinburgh has been a great support to us in our journey so far – helping source venues and hotels and creating synergies by connecting us to other operators in the city.

“Frankly, we are much more likely to be successful in creating the UK’s flagship tech conference in Edinburgh if there are resources like Marketing Edinburgh in place to help us.”

Amanda Ferguson, Head of Business Tourism, Convention Edinburgh said: “Conferences foster knowledge exchange, innovation and networking, attracting world-leading specialists as delegates and speakers. As host city, this is a unique opportunity to showcase their research and Edinburgh’s strength in that field.  This results in collaborative research, investment and ultimately jobs.

“Reducing our budget by such a large amount means we would no longer be able to support our ambassadors to bring conferences to the city and thereby deny the city important economic impact and opportunity to show case the strength of our knowledge economy.

“Without a body that unites public and private sectors in the city’s promotion and economic development, we will severely compromise Edinburgh’s ability to attract conferences. I would ask that Edinburgh’s Councillors work with us to find an alternative solution that will not jeopardise the good work underway by Marketing Edinburgh and our ambassadors.”

We interviewed Ms Ferguson just after her appointment when the organisation was running their successful Make it Edinburgh campaign. Here is what she said then :

We met up with Amanda Ferguson to find out about the #MakeitEdinburgh campaign just launched by @conventions pic.twitter.com/ZW0cV2ez1f

Business tourism is a significant contributor to the Edinburgh economy with delegates spending double that of a typical leisure tourist and critically coming out with the busy summer months. This helps sustain a year-round tourism sector in Edinburgh.  In 17/18 Convention Edinburgh confirmed 108 conferences, meetings and other corporate events with a total economic impact of £72M.