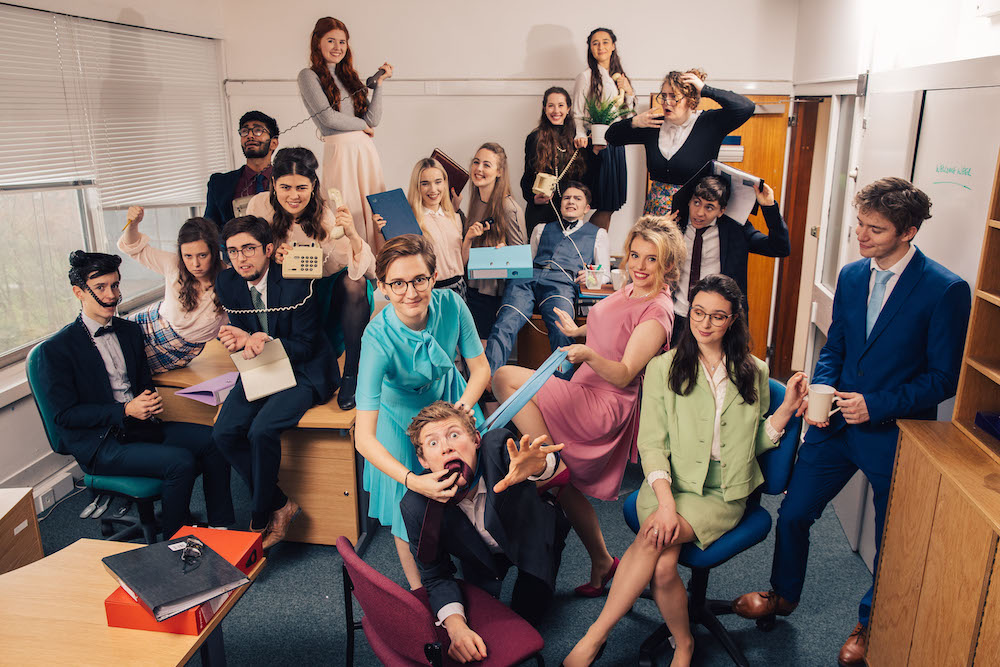 In 1963 the Equal Pay Act was passed in the United States. The UK had to wait until 1970 to see its own legislation enacted. By 1980 things hadn’t changed much; the daily life of most female secretaries was still a heady mix of sexism, discrimination and sexual harassment.  Then Jane Fonda had an idea; she’d heard Boston women office workers tell their stories and she wanted to give them a voice. What she didn’t want to do was make that voice preachy; eventually she and Bruce Gilbert realised that comedy was the only thing that would work.

‘My ideas for films always come from things that I hear and perceive in my daily life.’ (Jane Fonda)

The film was a huge hit, and 27 years later one of its stars, none other than Dolly Parton, decided it could make a good musical. We’ve all been singin’ about what a way to make a livin’ ever since, and this week, Edinburgh University Footlights, the university’s acclaimed student-run musical theatre group, is bringing that musical to the stage of the Pleasance Theatre.

Doralee, a ‘super sassy, sexy and headstrong Southern gal’ (Alice Hoult), Violet, ‘a classic female powerhouse’(Anna Steen) and Judy, who ‘realises she does not need a man to complete her’, (Gemma Lowcock) are three very different women thrown together in the office of Consolidated Industries. Judy’s husband has dumped her, Violet is constantly overlooked for promotion in favour of men, and Doralee is unfairly seen as an amoral bimbo. Just to make things even better, their boss is a sexist sleazeball. The women unite to try to beat the system, and their boss – but will they end up hugely empowered or sadly embittered?

To find out – and to enjoy Parton’s own Oscar, Grammy and Tony award-nominated score – get along to the Pleasance Theatre this week.

There are performances from Tuesday to Saturday at 7.30pm, with an extra matinee at 2.30pm on Saturday; tickets cost £13.50/£7.50. For more information and to book, visit the Footlights’ website here.