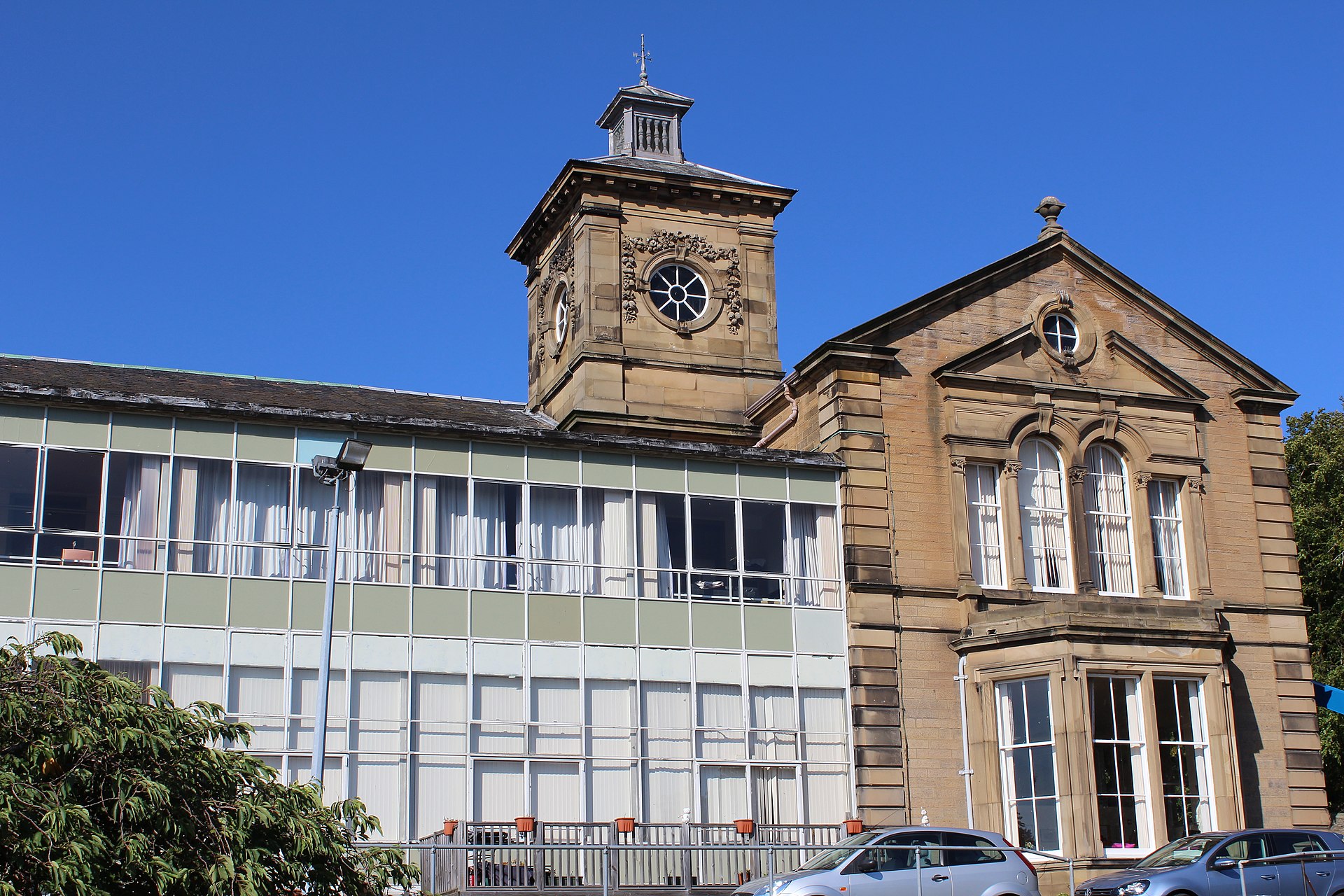 Plans to convert the former Corstorphine Hospital site into housing have been approved.

Objections had been raised by Edinburgh Zoo over the welfare of its giant pandas and over proposals failing to meet equality laws.
Corstorphine Hospital will be converted into 76 apartments – 30 in the original listed building, 24 apartments in two new extensions to the rear and 22 apartments in a new building to the south of the original hospital building.
No work is permitted to start until two giant pandas at the neighbouring Edinburgh Zoo have been moved to a new enclosure, which is currently under construction.
Developers, Dundas Estates, told councillors that the company has ‘agreed strict management controls for the protection and well-being of all the animals in the zoo’.

John Campbell, Dundas Estates director, explained : “The main focus of our proposal is to ensure the C-listed building is preserved and brought back into use. Edinburgh Zoo has been an important consideration throughout the process.”
The council will now be required to inform The Scottish Government that the plans have been approved after Ministers said the implication on pandas ‘could raise issues of national importance’.
Councillors also heard there would be a £3.23m shortfall if the affordable housing was to be build on the site so “just wasn’t possible”. Instead a commuted sum of money will be handed over to the council to build affordable housing elsewhere.

The council will now be required to inform The Scottish Government that the plans have been approved after Ministers said the implication on pandas ‘could raise issues of national importance’.
Councillors also heard there would be a £3.23m shortfall if the affordable housing was to be build on the site so “just wasn’t possible”. Instead a commuted sum of money will be handed over to the council to build affordable housing elsewhere.

Planning officers said that 48 out of the 89 trees on the site which are “non-native or in poor condition” will be removed during landscaping, .

Cllr Chas Booth called for the proposals to be rejected over poor access to the Corstorphine Hill site, saying it was ‘extremely concerning’ that the lack of infrastructure could breach the 2010 Equality Act.

Cllr Booth tweeted this after the meeting :

Developer Jeremy Scott said: “We are not changing the gradient, we are just retaining what’s there on site. If it was fully compliant, it possibly would ruin the character of the site.”

Vice-Convener of Planning, Cllr Maureen Child, said there was a balance between making the site more accessible and retaining landscaping and that any additional measures could be ‘in danger of destroying’ the character of the listed building. Cllr Child, who supported the plans, added that developers cannot ‘essentially level Corstorphine Hill’.

Councillors voted in favour of approving the proposals.

A revised landscaping scheme will be submitted to the council, including improved disabled access. It will be approved by councillors rather than officers under delegated authority.
Planning Convener, Cllr Gardiner, said: “We hope developers will endeavour to make it as suitable as possible for disabled access. This wonderful building is being restored and that’s going to be a massive benefit to the neighbourhood.”
Transport officers had objected to the proposals  because access to the site does not ‘promote inclusive mobility and prioritise walking and cycling ahead of other transport modes’.
Cllr Booth added: “I think it’s of concern that this application is potentially spending £3m on underground parking spaces but cannot afford affordable housing on site.
“There’s a real risk that we are approving a gated community. There will not be any adequate access for those using active travel.”