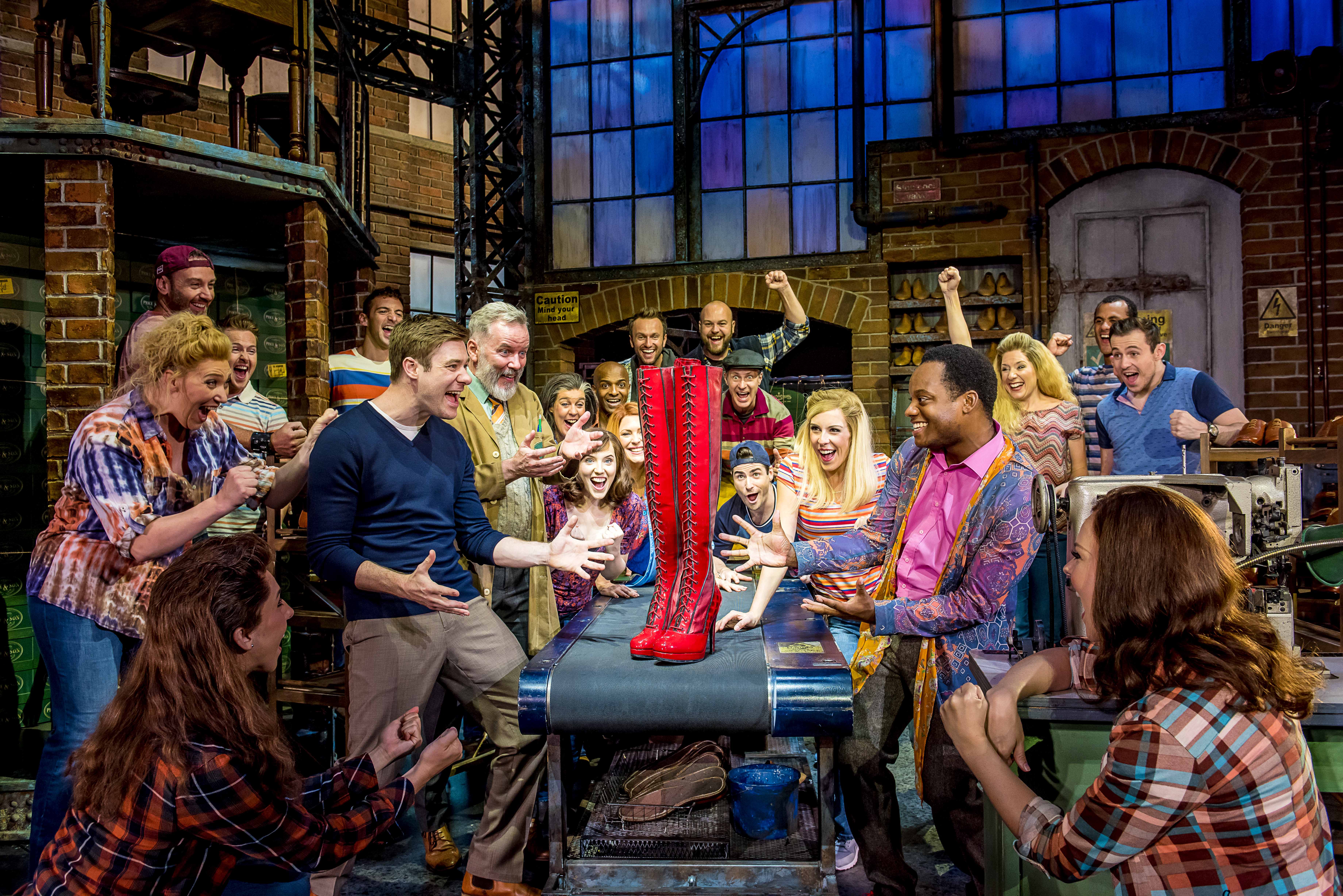 One of the big shows to see in Edinburgh this festive season is Kinky Boots which strode into the Playhouse this week for the start of a three-week stint.

With music and lyrics by Grammy and Tony winner Cyndi Lauper and based on the book by Harvey Fierstein and the 2005 film version, Kinky Boots – written by Geoff Deane and Tim Firth – is inspired by true events.

It’s the story of Charlie Price played by Joel Harper-Jackson who inherits a Northampton shoe factory from his father. With the business struggling and staff served notice, Price encounters a drag queen called Lola. The pair immediately strike up a rapport to the extent that Lola is appointed a designer at the factory with the aim of producing a sought-after line of high-heeled boots – designed specifically with the transvestite market in mind. Price and Lola forge an unlikely partnership which highlights there are several similarities between the pair.

With things looking up thanks to their new market, the boot makers head to Milan where Lola’s impressive entourage The Angels steal the catwalk show – in-your-face and dressed (in drag) to kill. But behind the feisty displays there lies a touching tale of love and respect. Both Price and Lola feel they have been something of a disappointment to their respective fathers and the song Not My Father’s Son reflects their feelings perfectly.

The part of factory girl Lauren is played by Paula Lane, a well-known star of the small screen and perhaps best known for playing the part of Kylie Platt in ITV’s Coronation Street.

But the undoubted star of Tuesday evening’s performance was a fella who isn’t meant to star in the show until next week. The part of Lola was meant to be played by Callum Francis until 15th December. However, Mr Francis was not well enough to perform last night so in stepped the hugely impressive Kayi Ushe, who is due to play the part from 17th December. Ushe was quite brilliant with his portrayal as Lola, the Queen of Drag.

Lola and her Angels are superb and make the show what it is. Dressed in killer heels and with moves to thrill Lola certainly knows how to release his inner diva and his presence on stage was considerable. The standing ovation he – and the rest of the cast – received from a near sell-out audience at the Edinburgh Playhouse was richly deserved.

The use of conveyor belts during the number ‘Everybody Say Yeah ‘was impressive and, of course, the kinky boots themselves were sublime. Kudos to the cast – men and women – who not only wore them effortlessly but danced around the stage strutting their stuff.

Although the show starts slowly it soon builds up and while there’s a somewhat predictable feel-good factor at the end it’s a very enjoyable show. The undeniable message of the show is accept others for who they are and if you enjoy the festive party season this is the show for you with inhibitions loosened and people just having a great time. And that’s what you’ll have if you watch this impressive performance.

Kinky Boots is on at the Edinburgh Playhouse until Saturday 5th January 2019. Tickets here.