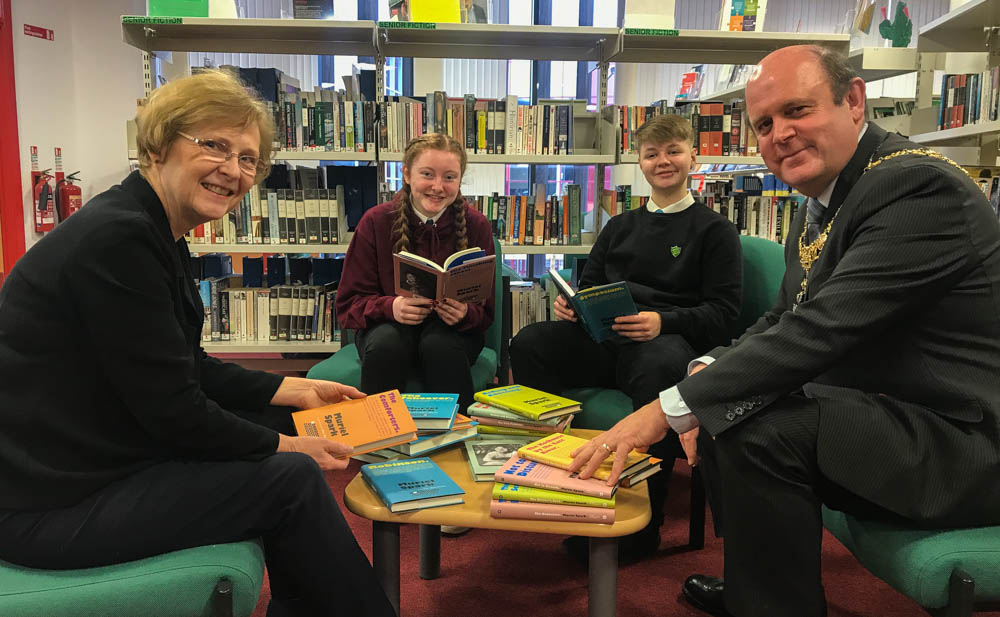 During a visit to Tynecastle High School yesterday (Wednesday 12 December), the Lord Provost announced that a complete set of Spark’s 22 novels will be delivered to every Council secondary school.

He said: “Muriel Spark remains one of Edinburgh’s greatest literary exports and I remember reading her novels when I was younger. Her characters and stories remain with me to this day as does a real joy of reading.

“To mark the centenary of her birth, I think every child in the Capital should have the opportunity to discover her work. She is, after all, one of the greatest writers to come out of our city! Her books will line library shelves at every secondary school so that future generations can grow up with her writing too.”

Best-known as the author of The Prime of Miss Jean Brodie, Dame Muriel was a poet, fiction writer and biographer who was born in Edinburgh. She was at the top of her profession, internationally, for more than half a century and remains one of Scotland’s finest and most respected writers.

The initiative was inspired by a Motion initially put forward by Councillor Melanie Main, who called for the 100th anniversary to be marked by the Council. She added: “Muriel Spark is one of Scotland’s most internationally acclaimed female writers! I have been inspired by her since I was schoolgirl at James Gillespies – Spark’s old school too – and I’m delighted my Motion was passed. Her writing will now be in all of the city’s secondary schools.”