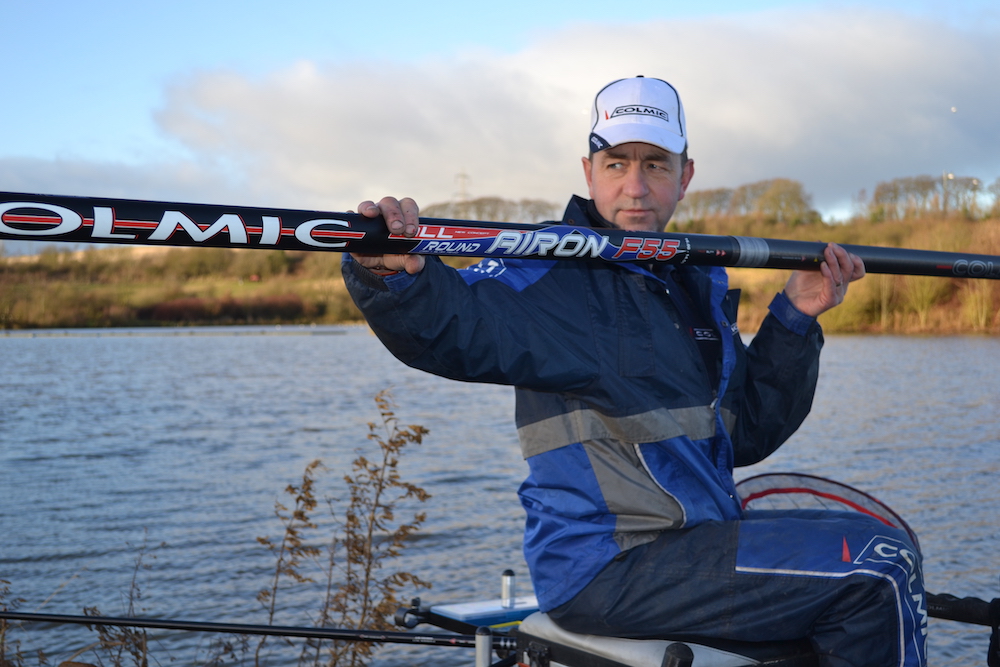 GUS Brindle says there are huge political and economic issues surrounding the future of fishing as a sport and that is why the chairman of The Scottish Federation of Coarse Angling (SFCA) is stepping-up his bid to get more members to join the organisation.

That would give him a bigger voice with key stakeholders, decision-makers and Government.

Around 1,000 individual fishermen and seven clubs are current members of the SFCA, the national governing body for the sport north of the Border.

And the organisation is heavily committed to coaching and encouraging the next generation of anglers.

The vast majority of SFCA members, he said, come from the Central Belt where most of the coarse fishing in Scotland takes place.

Canals like the Union and Forth and Clyde and commercial fisheries such as Magiscroft Fishery near Cumbernauld Orchil Fisheries at Auchterarder are the main centres.

Brindle said: “We have deliberately kept the membership prices low as possible as we need to encourage more people to join our organisation.

“Is vitally important for them to do so. The issues we are actively engaged with are issues which affect them.

“Unfortunately, society has changed.  Modern life has become extremely busy and people understandably value their limited leisure time.  We therefore tend to gravitate to what I would describe as a ‘pay, play and walk-away’ culture.

“It’s rather like two people keen to play badminton. They book a court, meet at the leisure centre, pay, play and then they walk away. They still like their sport but they also value their freedom and this approach means that there are no ties or commitments.

“Angling is no different. Anglers are reluctant to join clubs or the governing dody for fear that they may be asked, or even feel pressured, into doing something like taking up a committee post or attending regular meetings.

“While we are always looking for volunteers in the SFCA I can reassure everyone that we don’t put pressure on anyone to do anything that they don’t want too.”

Brindle argued that the permit to fish is provided free as an incentive for people to join and he stressed: “It is vitally important that we increase our numbers to give us a bigger voice in difficult political discussions which will undoubtedly lie ahead.

“There are a number of major issues and threats like access and protection of coarse fish to confront and we need to prove we have a big voice.

“We also need to encourage more young people to fish. Years ago, almost everybody knew somebody who went fishing.

“Nearly every village or town also had a place where youngsters could go to buy hooks or line or bait.

“That is not the same now with local shops going out of business, but young people still need to be encouraged, not just for the sake of the sport, but for the industry which is a big player in Scotland.

“Fishing is also a big draw for tourism to Scotland and manufacturers need to be able to sell their goods to the next generation of fishermen otherwise they go out of business with the consequence of job losses.

”It is a big subject and that is why we need more members to help us confront the big issues surrounding the sport in the weeks, months and years which lie ahead.”