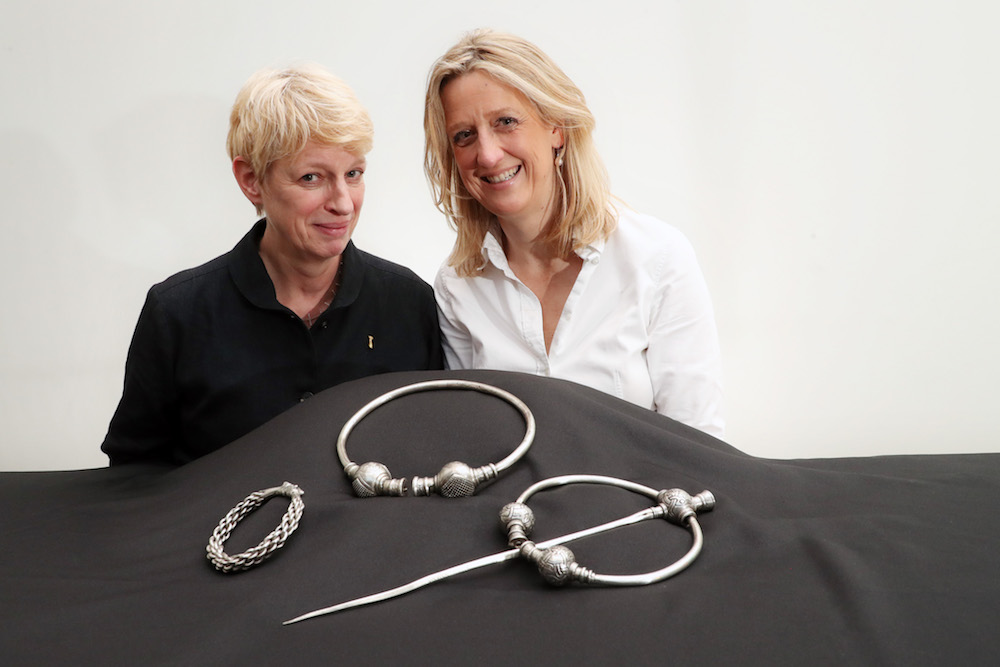 National Museums Scotland (NMS) and The Glenmorangie Company have commissioned a major new piece of contemporary silverwork for display in the museum.

They invited leading artists and designers currently working in the medium of silver  to submit proposals and following close consideration of the applications by the judging panel, The Glenmorangie Commission was awarded to Simone ten Hompel.

German-born Simone ten Hompel is a silversmith of international repute, and has been working with metal for over 40 years. Based in the UK, she is known for her metalwork being regarded as one of the most inventive silversmiths of her generation and one of Britain’s most critically acclaimed craftspeople.

Over the next year Simone will work closely with archaeologists from NMS researching the early medieval collections that will result in a new contemporary work of art in silver, inspired by the collection and themes that are being researched within the Creating Scotland project that is supported by Glenmorangie.

Creating Scotland is part of the latest phase of the long running Glenmorangie Research Project which examines the archaeological evidence from the 9th to 12th centuries to tell the story of the formation of the early nation state of Scotland.

In 2020 the finished silverwork will go on public display, as part of the permanent collection, within the National Museum of Scotland.

Simone ten Hompel said: “I am thrilled to have been awarded this innovative commission. National Museums Scotland holds the definitive collection of early Scottish silver and I look forward to exploring the galleries, working with their curators, and enjoying unique access to these beautiful objects to inform and inspire my work.”

Hamish Torrie, Corporate Social Responsibility Director at The Glenmorangie Company, said: “Our partnership with National Museums Scotland is in its 10th year and this exciting project will create a new perspective on the unrivalled Scottish History collection in the National Museum. We welcome Simone to Scotland and very much look forward to seeing the fruits of her collaboration with the curatorial team at National Museums Scotland.”