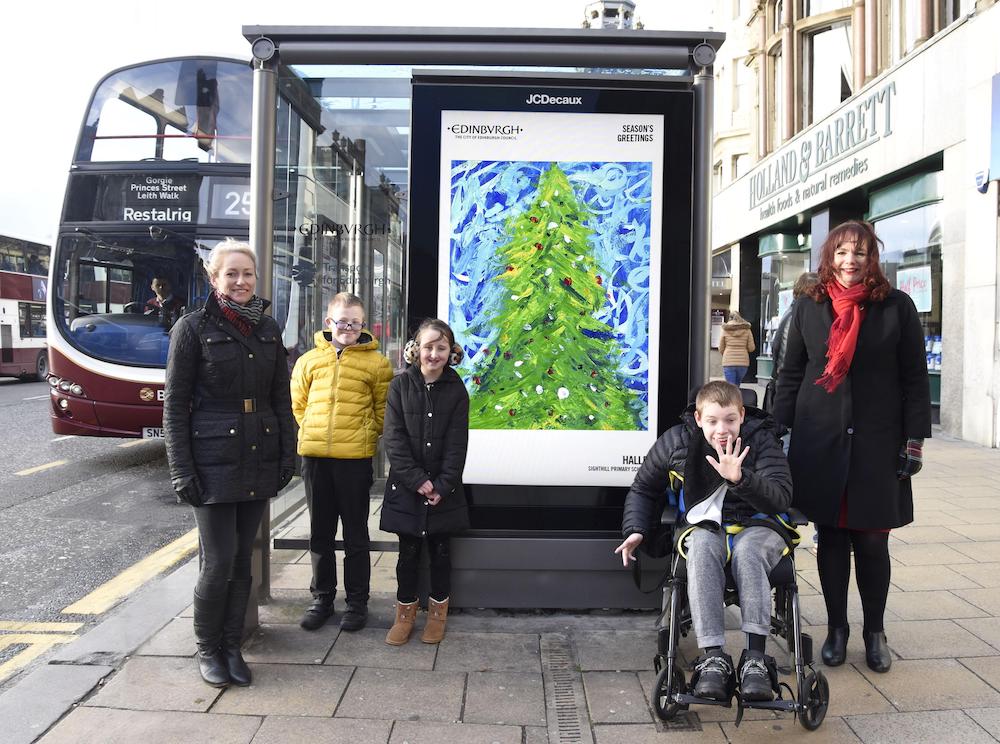 Hundreds of pupils across the city entered the competition to design the cards for the Communities & Families Services of the City of Edinburgh Council.

In total 11 designs will be shown on advertising screens in the city centre, with three of them – chosen by Education Convener Councillor Ian Perry, Vice Convener Councillor Alison Dickie and Executive Director Alistair Gaw as their official Christmas cards – unveiled at a special event today.

The Christmas card competition is an annual event and for the fourth year JCDecaux offered the added incentive of 11 lucky pupils having their designs shown on their digital bus shelter screens in Princes Street.

Cllr Perry said: “It was really difficult picking the winning designs for the bus shelters as the quality of the entries once again was really high. I’m delighted we’ve got three winners for our Christmas cards with Jack, Halle and Joshua’s festive designs. “

Cllr Dickie said: “It was great to see how excited the pupils were this morning when their cards came up on the digital bus shelters. All the entries deserve special mention and thanks must go to JCDecaux for having the designs displayed until Christmas Day.”

Danielle Jeffrey, Partnership Manager at JCDecaux said, “For the fourth year, JCDecaux and the City of Edinburgh council have worked together to display some of the fantastic Christmas cards on the digital screens in Princes Street. We’re always delighted to be part of this project that showcases the beautiful artwork created by talented pupils at local schools.”

The designs will be displayed throughout December until Christmas Day on all the digital screens on Princes Street.