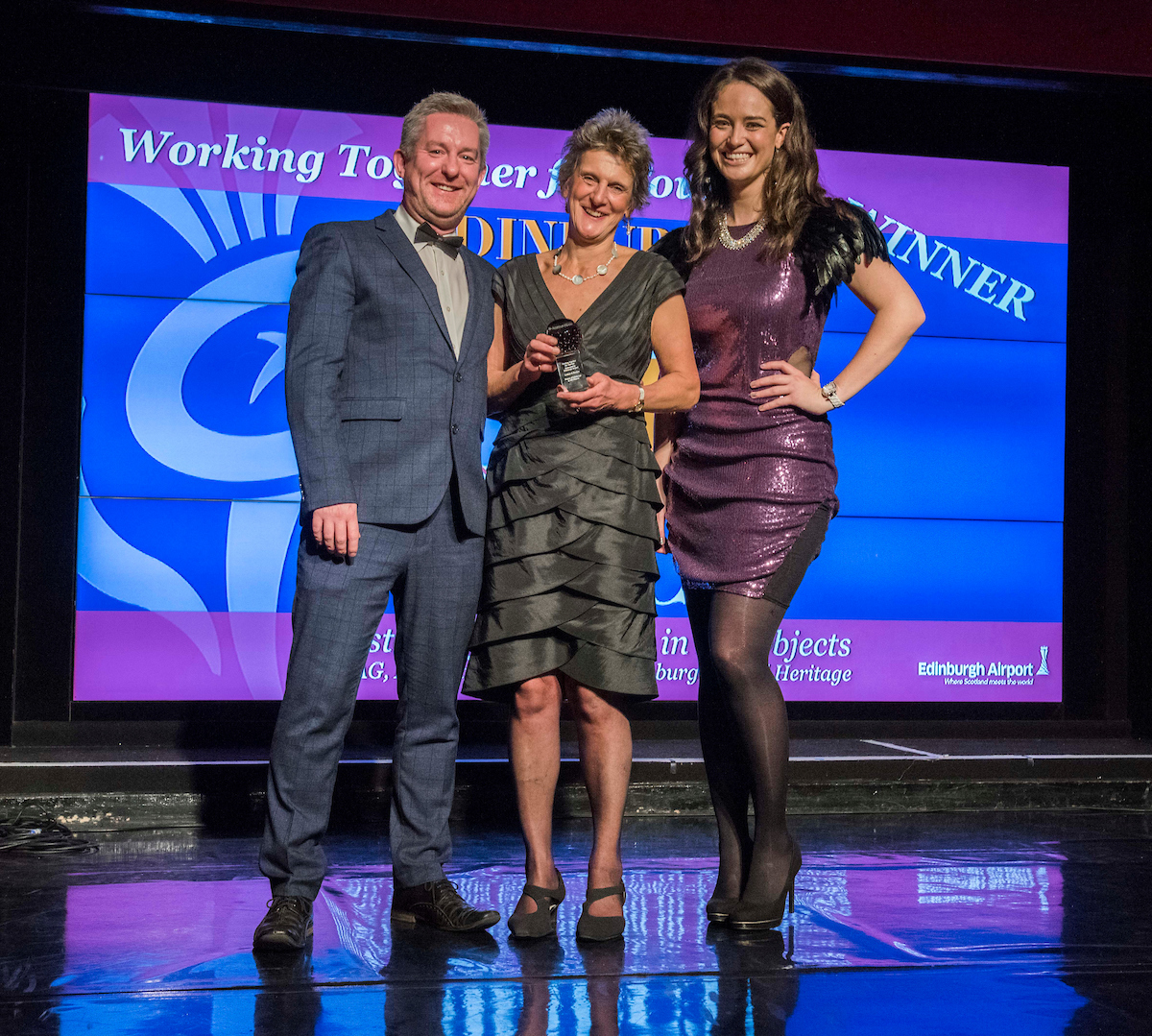 VisitScotland awarded Scottish Thistle Awards to many tourism businesses in the Edinburgh area.

This is the foremost tourism awards in the country recognising success, innovation, excellence and best practice.

As well as businesses people are also recognised for their success.

There were more than 640 entries with over a thousand nominations from the public who wanted to flag up some of the best restaurants, B&Bs and hotels in Scotland.

The Guildford Arms in Edinburgh was named as the region’s Best Bar/Pub, sponsored by J Thomson Colour Printers.

Marketing Edinburgh, Edinburgh World Heritage and ETAG were presented with the Edinburgh Airport Working Together for Tourism Award for their History of Edinburgh in 101 objects campaign.

Joe Posnett, Front Office Receptionist at the Apex Hotel in Edinburgh was named the HIT Scotland – Regional Rising Star in recognition of his efforts to act as an advocate and ambassador for tourism, particularly young people.

And Kieran Rose, Front of House Manager at Borthwick Castle in Gorebridge was named the region’s Tourism & Hospitality Hero. The Johnstons of Elgin Regional Ambassador award went to Emma Chalmers, founder of Linlithgow-based Mary’s Meanders which promotes the town and local area.

The winners of the regional finals will now go on to fly the flag for the Lothian & Borders region, at the glittering national final of the Scottish Thistle Awards at the EICC in Edinburgh next March.

Rebecca Brooks, chair of the Scottish Thistle Awards Industry Panel and VisitScotland Board member, said: “On behalf of the panel, I’d like to congratulate all our regional winners. They are a credit to themselves, their local area and the entire Scottish tourism sector.
“Tourism is more than a holiday experience, it creates jobs and sustains communities. These awards let us recognise the unsung heroes of our industry who show real dedication and enthusiasm for Scotland’s tourism industry.
“I would like to wish all our regional winners the very best for the next stage of the competition.”