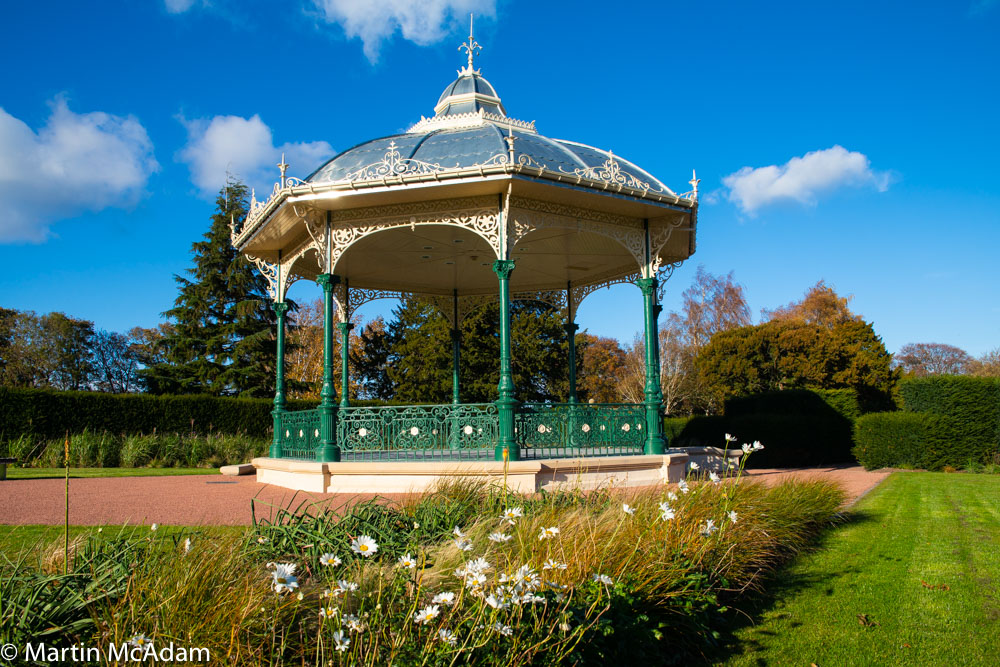 Saughton Park is almost ready to allow visitors again to every corner including the Walled Garden. It has been extensively refurbished, replanted and ‘done up’ since plans were first approved in 2012.

The car park at the Balgreen Road entrance is partially open and more spaces will be released in December. The play park, outdoor gym and basketball court are all open and new picnic tables have been installed. New bins will be in place from the beginning of November.

There are no toilet facilities as yet since they are still being built but these and a new café will be open by spring 2019.

Linda Anglin, Project Manager for the council said : “Since the playwark opened it has been so popular and I just can’t wait to open the rest of the walled garden and the new café sometime in December. So that is the next thing to look forward to.”

This was the site of the Scottish National Exhibition in 1908 and this is and has been a very important and dear park to Edinburgh. The Exhibition led to the construction of the Gorgie Road entrance and the bandstand is one of two bought by Edinburgh Corporation at the time. One is here in Saughton Park and the other in The Meadows.

The plan was to refurbish the Winter Garden, build a new café, replant some of the floral beds (one of these is now the biggest herbaceous border in Edinburgh we are told), provide new garden furniture and also to renovate the fabulous bandstand.

Thousands of roses and shrubs have been planted and work is now complete on the 110 year-old bandstand, although the park is yet to open its doors to the public.

Some buildings and areas are being created for use by community groups. The former stable block is the base for a part of the scheme which is being partnered by The Royal Caledonian Horticultural Society. 67% of the funding is from external sources

Funding for the £6.7 million restoration project at Saughton Park is partly provided by Heritage Lottery who awarded £3.8 million towards the costs and also £99,000 provided by WREN’s FCC Scottish Action Fund. (WREN is a company limited by guarantee and a non-profit company registered to fund projects which are eligible under the Landfill Communities Fund and Scottish Landfill Communities Fund.)

An additional £50,000 was provided by SUEZ Communities Trust who support community and environmental improvement projects. This is the maximum funding they provide for any individual project. Further funding from Sustrans and The Mushroom Trust has also been very welcome.

The renewable energy components of the park restoration will mean that park will not use any carbon energy, saving an estimated 72 tonnes of CO² emissions each year.

Clark Contracts were engaged to carry out the building of the new café, toilets, renovation of the historic Stables Block and associated works.

P1 Solutions have carried out the landscaping and related works.

Keep an eye on this page here for updates on when the park is fully open again.