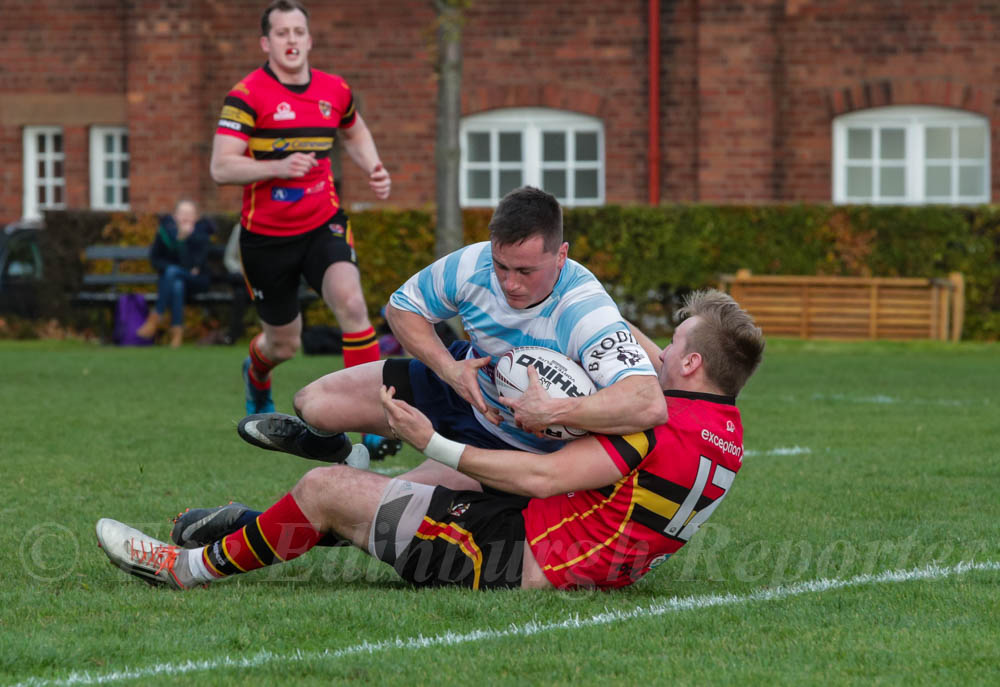 While Stewart’s Melville’s first team were puting 13-man Howe of Fife to the sword at Inverleith, on the reserve pitch, their second team were entertaining Edinburgh Accies seconds in a Tennent’s National Reserve League, Division 2 match.

Given the respective league positions of their first team’s, it looked like it could be an uphill struggle for Stew-Mel. And, given the howling gale, kicking was going to be ‘difficult’. (Added to this the lack of a score board, noting the points tally was equally difficult…)

By 10 minutes in, the uphill struggle was on as Accies ran in two tries in quick succession. The first was a ‘classic’ wide move down the left for a try in the corner.

Their second was ‘a classic’ in every sense of the word. Straight from the restart, the ball was gathered and Accies 14 ran it back the length of the pitch to score in the right corner.

Accies remained fairly dominant in most aspects of play and scored their third try around 20 minutes.

Stew Mel managed to put some points on the board, but Accies stretched away again with their fourth not long before the break.

The second half was a bit more closely matched with the home side probably having territorial dominance, but the visitors were strong in defence. However, Accies continued to rack up the points to stay clear. Stew-Mel scored a couple of tries in the second half, but they never looked like they could take the match and Accies ran out deserving winners 36-18.