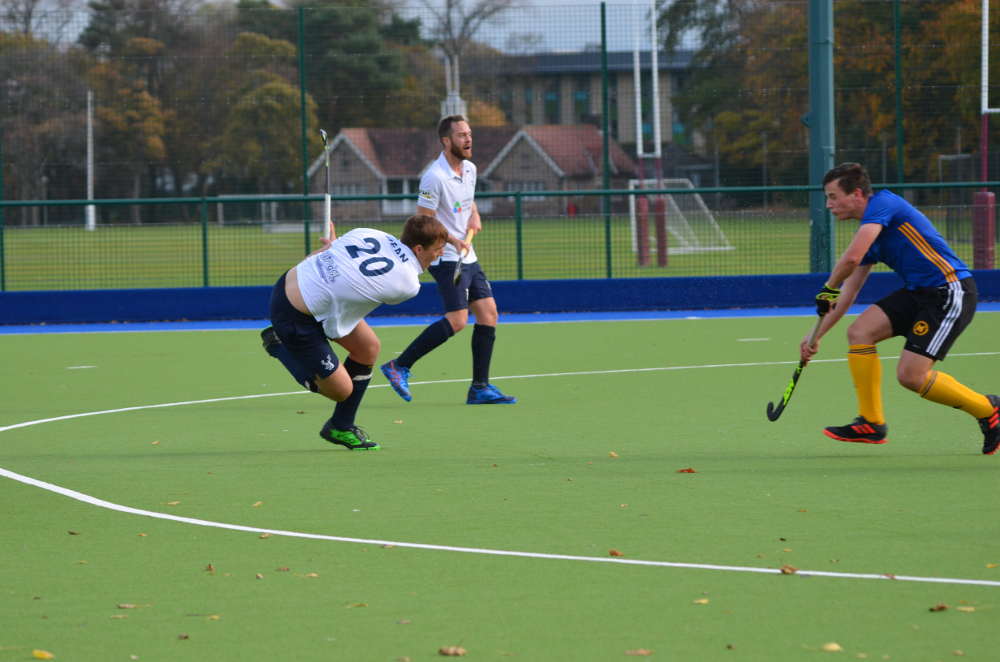 Grange coach David Knipe has steered the champions to five wins and two draws in their seven matches so far this term.

They have 17 points, two ahead of Saturday’s opposition, Hillhead who have played a game more.

And Grange are full of confidence after whipping bottom club Aberdeen Standard Gordonians 10-0 in the North-East last Saturday.

Edinburgh University, who have slipped down the table to seventh position following their 2-0 home defeat by Kelburne, visit fourth-placed Grove Menzieshill who are looking to bounce back after being edged 2-1 by Western Wildcats in their last outing.

And Watsonians, who are eighth, three points ahead of second-bottom Kelburne but with a game more played also travel, this time to Clydesdale who are sixth.

Watsonians coaches are looking for a response following their 8-2 home reverse to Uddingston last Saturday.

The other fixtures are Kelburne v Aberdeen and Western v Uddingston.

Aberdeen are sixth and were thrashed 8-1 at Carnegie in their last outing.