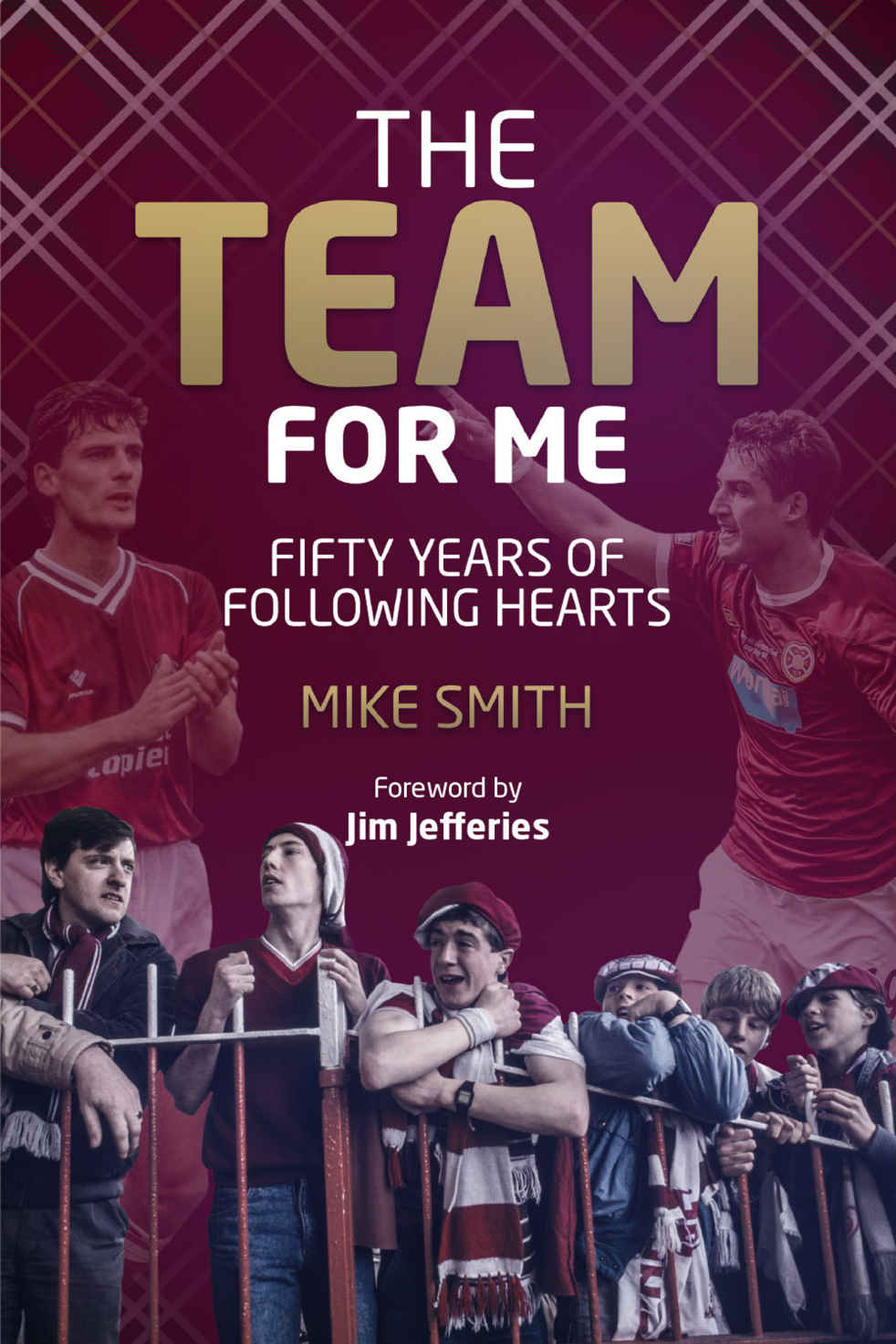 The author Mike Smith is a Jambo by choice rather than accident of birth (living at the time in Cumbernauld his father tried to convert him to become a Falkirk Bairn, but the first match they went to at Brockville saw the visiting team, Hearts, win 3-1, and so Mike was “bitten by the Jambo bug which has afflicted me ever since”.)

Fifty years later, the bug is clearly as well-embedded as ever, and this book is a gentle, at times whimsical, collection of one man’s love of his chosen team – indeed, obsession might not be too strong a description!

But it is more than simply a history of the rollercoaster ride that Hearts’ supporters have endured over the years. Ironically, one early memory involved a return to Brockville in 1993, when Falkirk beat Hearts 6-0 – one of the few occasions when many Hearts fans left the match early . . .

As Mike says, leaving early is a paying fan’s prerogative. Of course, the other side of the coin is when one decides not to leave early – May, 1986 and also the Scottish Cup semi-final against Celtic in 1988 where, as Mike so delicately puts it “Hearts contrived to turn a 1-0 lead with two minutes to go into a 2-1 defeat” !

As Jambos will be aware, this is a somewhat recurring event – even in Europe, when Hearts, against all expectations, defeated Basel 2-1 in a group match, but that chapter ends with the agonised comment after Hearts impressive win in Bordeaux in 2003: “Even if we did mess up the second leg”.

But there is more to football than just the game and Mike touches on a range of topics, from pre-match rituals,  browsing through old football programmes and collecting football cards via crying at football games and playing subbuteo to the advent of football on TV and YouTube– a decidedly eclectic selection.

A charming read, which will be nostalgic for older readers but perhaps inspirational for aspiring Jambos. Here’s to the next fifty years !

The Team For Me Fifty Years of Following Hearts by Mike Smith is available in bookstores or online now.