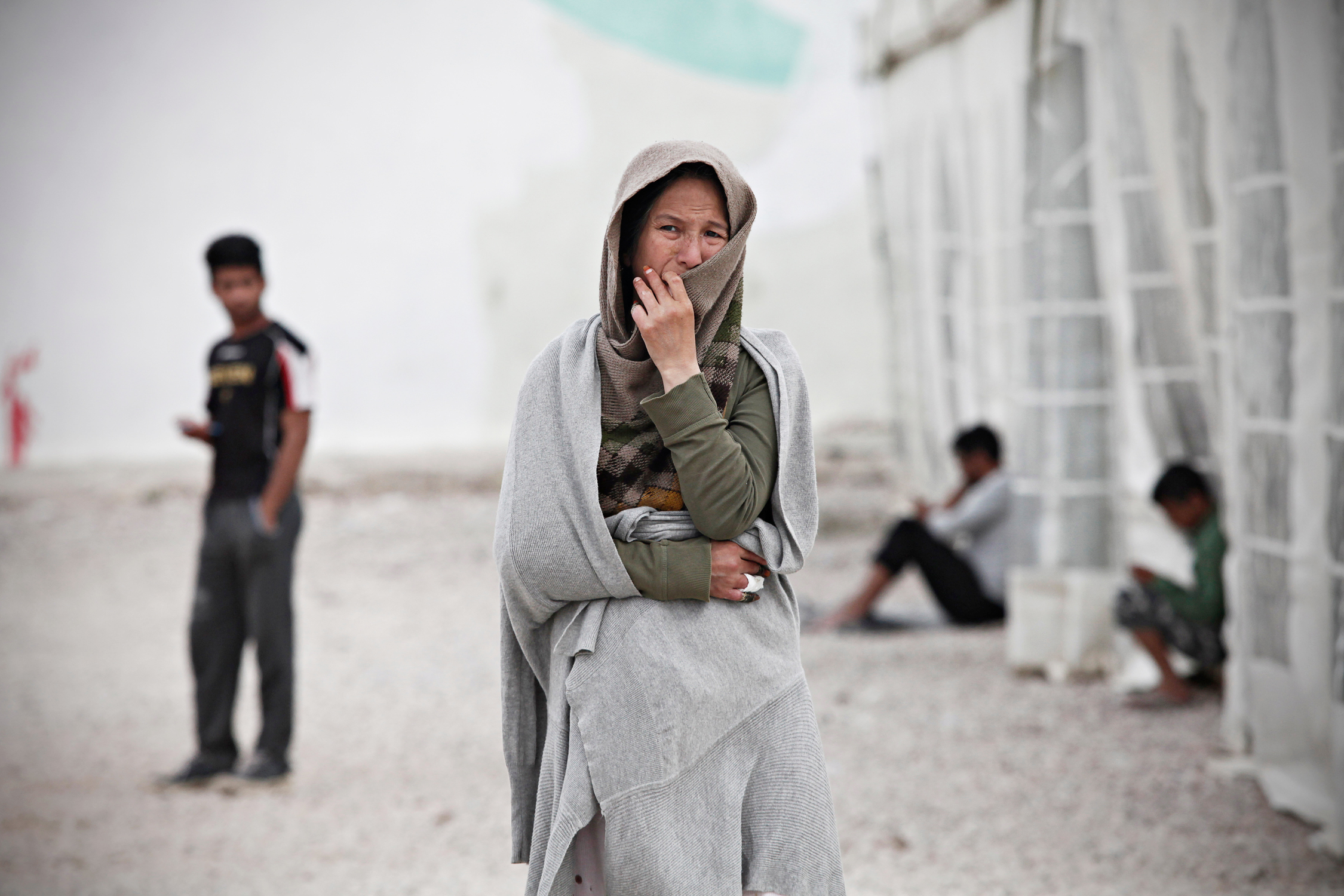 Coming to the Out of the Blue Drill Hall on Saturday 10th and and Sunday 11th November is a hard-hitting drama based on true-life refugee experiences.

The Journey is a compelling, fearless, intense and immersive slice of drama that is true to the experiences of refugees from across the globe fleeing conflict and, sometimes, certain death.

It tells of the emotional, psychological and physical effects experienced by those forced to flee their homes. Central characters in the play are a displaced mother and child who struggle to hold darkness and despair at bay during a punishing trek from their devastated, war ravaged homeland to a destination of perceived safety and security.

To research the play director Steve Lambert visited Lebanon and camps on the Syrian border to learn of the desperate measures people can be forced to endure as they strive to survive. In the UK he worked with refugee communities and support organisations as well as Edinburgh based poet Ghazi Hussain, a former Palestinian refugee who fled Syria to escape torture and imprisonment – and was twice repatriated before being given leave to stay in Britain.

Steve Lambert said : “All over the world people are being forced to flee their homes to escape war, racial and religious persecution and sometimes worse. Often the countries they
seek refuge in treat them as at best inconvenient and sometimes as undesirable unwelcome and a threat. Perhaps if we had a better understanding of what they have been through we may be better able to show compassion. No one abandons their home if that home is safe and welcoming’.

On tour the play will be performed in a mix of both theatre and non-theatre spaces, in areas with a refugee population and with low engagement with the arts in order to try to reach people who know about injustice from first hand experience.

Since the company’s launch in 1999, Badac Theatre Company has become established as one of the UK’s most controversial and confrontational theatre companies. As creators of extreme political art and adherents of Antonin Artaud’s ‘Theatre of Cruelty’ their unflinching work is brave, dark, all consuming and stunning in every meaning of the word. Highlighting rights violations around the world it provokes extreme reactions and polarises critics and audiences alike. Many find its brutality intensely moving and affecting, some leave, shocked and shaken.