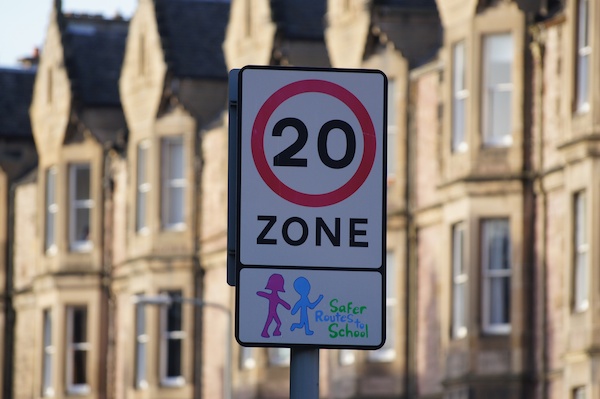 Following Edinburgh’s lead, a 20mph experiment in an East Lothian village is to be made permanent after councillors gave it the green light.

The speed restriction was introduced in East Linton after residents complained about speeding motorists going through their village.

And despite a survey revealing the reduction in the limit had made “no discernible difference” to the speed drivers used, East Lothian councillors agreed to a request from officers to make it permanent.

The trial runs out on December 21, but a new temporary six-month extension will be requested while councillors apply to The Scottish Government for a permanent restriction order.

However officials argued it did seem to reduce the number of people driving through the village at over 30 miles an hour.

The permanent speed restriction was one of more than 20 traffic order requests put to councillors by officers at a meeting in Haddington Town House.

They were also given the go ahead to introduce restrictions to control indiscriminate parking at Meadowbank, Ormiston, Fa’side Road, Tranent, Randall House, Macmerry, Newhouses, Drem and Mercat Gait, Prestonpans.

In Musselburgh there will be restrictions introduced at the entrances to Stoneyhill Primary School, Ashgrove, Stoneybank, Macbeth Moir Road, Inveresk Road and High Street.

Further restrictions will be introduced in Wallyford at the industrial estate and Goosebay Distributor Roat and Goosebay Primary School Road.

Restrictions will be made on Pine Street and Rowen Street in Dunbar and a new disabled parking bay is being put on Melbourne Road, North Berwick.