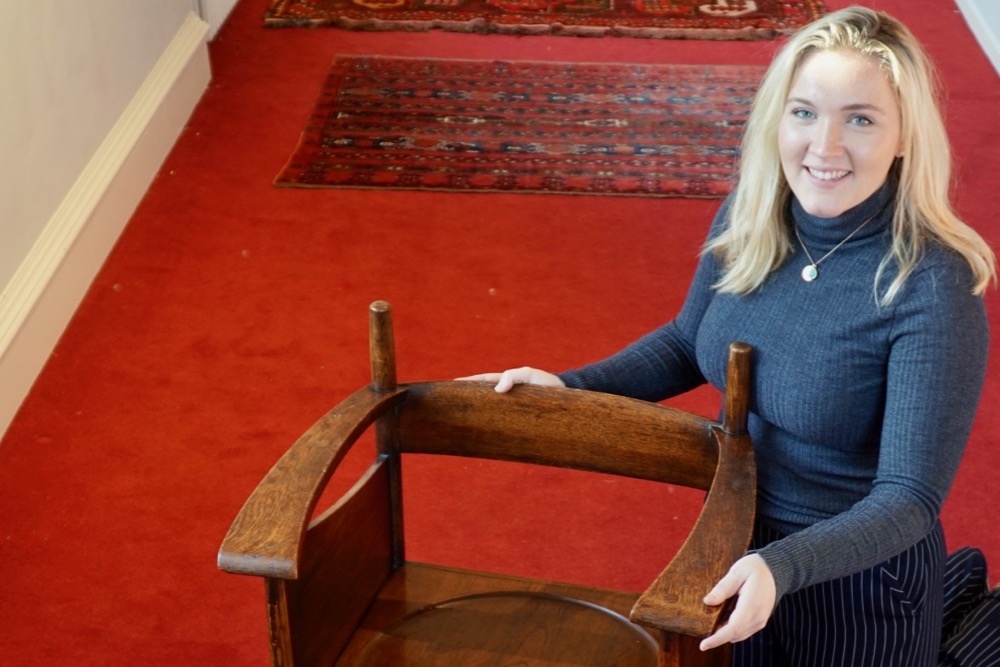 We visited Lyon & Turnbull last week to look at the two very rare Mackintosh chairs which had been designed for Miss Cranston’s tearoom.

With an impeccable provenenance these two oak chairs sold today for £187,500 which includes premiums payable.

The Argyle Street Tea Rooms closed in 1920, and much of the furniture was dispersed. These armchairs came into the possession of established Glasgow restauranteur William Smith, whose daughter passed them onto the current owner as a gift.

John Mackie, Director and Specialist at Lyon & Turnbull said; “Today’s success underlines the continued importancein Mackintosh as a designer.The robust construction of these chairs has helped them withstand many years of use, however it is their beautiful and functional design, anticipating 20th century Modernist ethos, which has stood the test of time.”

They had been put up for sale with valuations of around £30-50,000 each but the two chairs designed for the men’s Billiards and Smoking Rooms smashed all expectations.

This year is the 150th anniversary of Charles Rennie Mackintosh’s birth and the two chairs date from 1898.

Bidders from around the world were linked to Lyon & Turnbull’s auction house in Edinburgh for the sale.