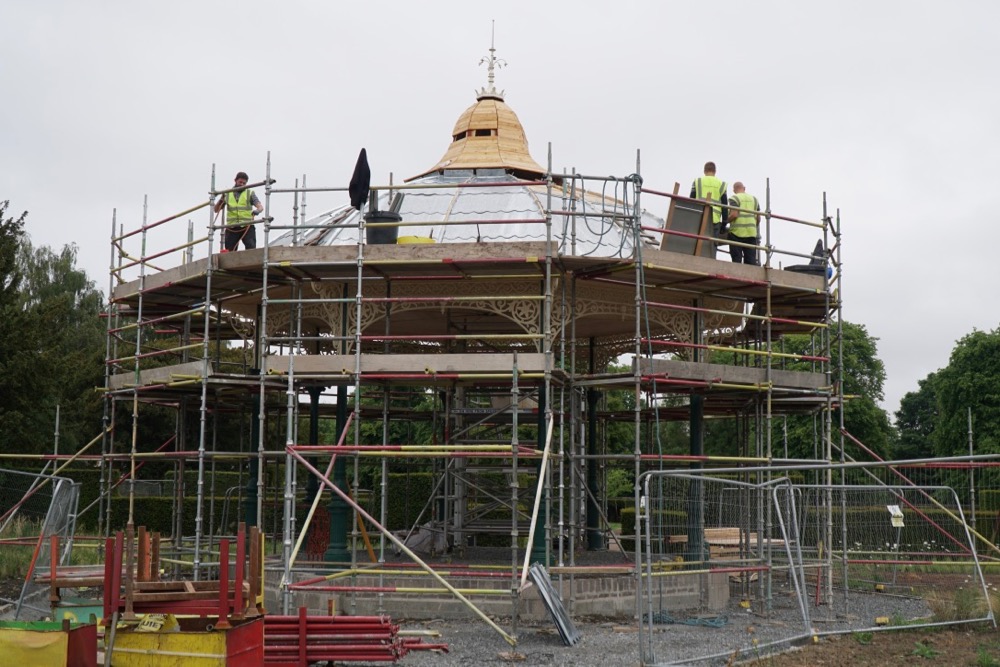 Saughton Park will begin to reopen to the public this week just in time for the mid-term break, after a major programme of works.

Most of the park’s revamp is now complete and ready for everyone to enjoy. This includes a new playpark, outdoor gym and freshly landscaped grounds.

The £7.3m scheme to return the Edwardian park to its former glory has been made possible with £3.8m of Heritage Lottery Funding and is the largest project of its kind in Scotland.

There is still work to be done on some of the key features, such as the refurbishment of the Winter Garden, the botanical gardens and stable block and a new café. The council expects this work to be complete in December.

Transport and Environment Vice Convener, Councillor Karen Doran, said: “We’ve reached an exciting milestone for this landmark project – now the community and visitors from further afield can enjoy Saughton Park’s beautiful grounds and many of the brand-new features created as part of its regeneration.

“Thanks to the hard work of the project team, along with the dedication and fundraising efforts of volunteers from a range of organisations, including Friends of Saughton Park, we are delighted to be opening the first parts of this expertly-restored and upgraded park, and I look forward to its full completion later this year.”

From next week,  you will be able to access the park’s perimeter paths along the Water of Leith and Main Drive and an inclusive playpark, which features a wheelchair-accessible roundabout and trampoline, equipment enabling children of all abilities to play together as well as a garden containing sensory plants and trees.

There is a new multi-use games area which has been designed to suit both roller hockey and basketball, including wheelchair basketball, while an all-ability bike store, provided by Cycling UK, will allow anyone whatever their ages, backgrounds and abilities to try out cycling with regular drop-in events.

A stone carving at the park’s Water of Leith viewpoint, which shows the river winding through the city, has been unveiled. This was funded with a donation of  £2,500 from Friends of Saughton Park.

The other costs have been paid with donations as follows :

£164,000 from WREN’s FCC Scottish Action Fund, Viridor and EB Scotland (used for the installation of the playground)

Find out more about the project on the Council website.