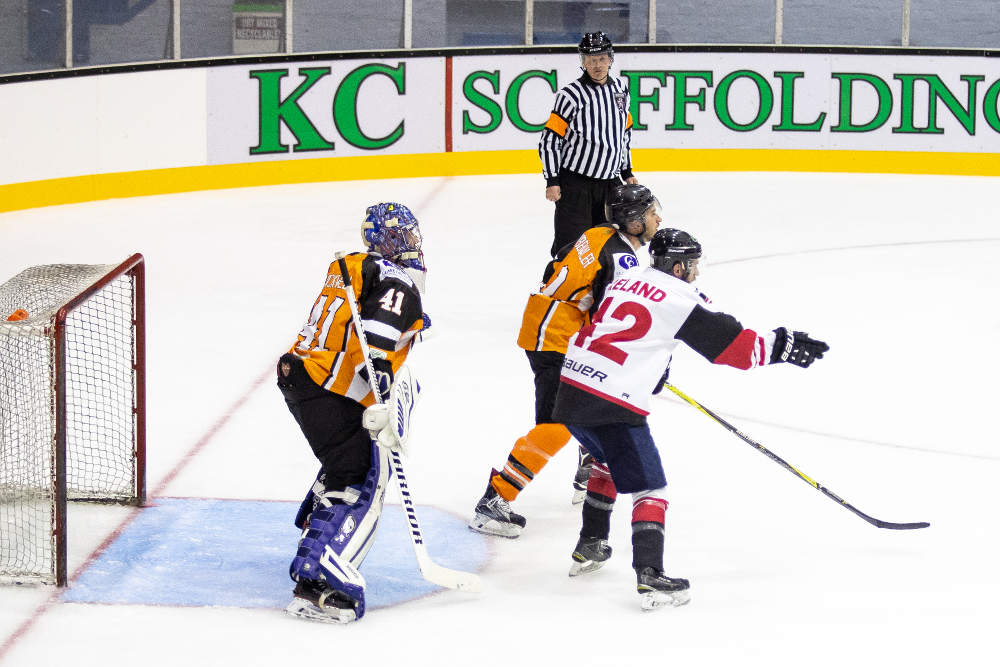 Fife Flyers claimed their eighth straight Elite League win to climb to the top of the table.

And coach Todd Dutiaume’s men edged early-season, pace-setters Nottingham Panthers at Kirkcaldy to reach the summit of the 11-strong league.

Panthers scored after nine minutes but Fife then hit back with five straight goals between 12th and 33rd minutes to take command.

The Tayside team had been 3-0 down after 19 minutes at Manchester Storm.
Dundee battled back to level at 3-3 thanks to goals from Lukas Lundvald Nielsen, Matt Marquardt and Jordan Cownie to take it into overtime.

The Midlands club fired three goals in just over two, second-period minutes to turn the game on its head.