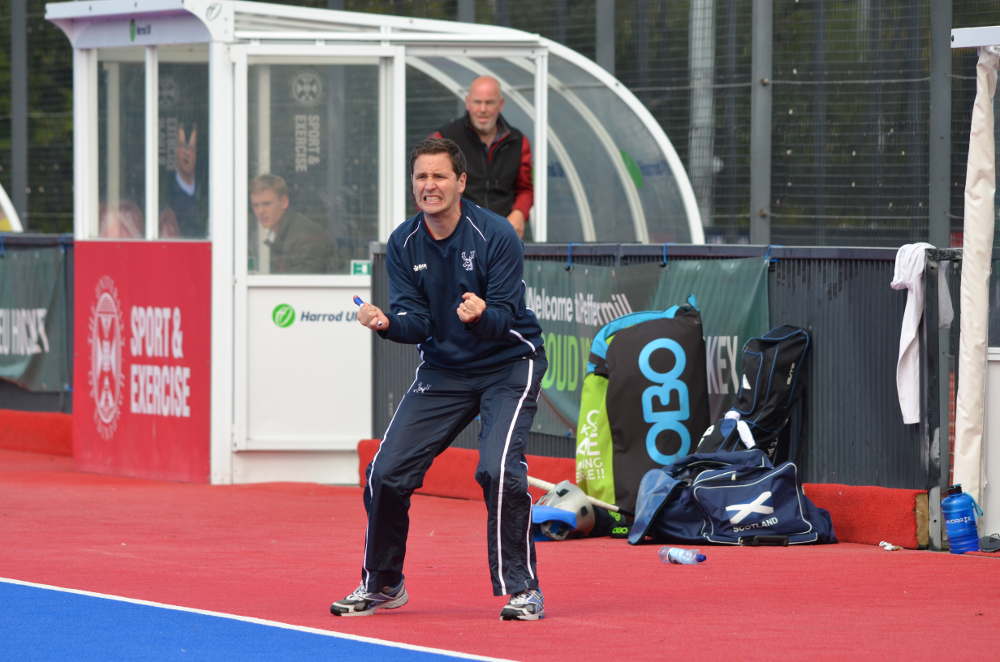 Aussie newcomer Dylan Bean celebrated in the rain after netting two penalty corner goals as Grange stayed a point behind new Division One pace-setters, Clydesdale, with a 4-0 win over Edinburgh University at Peffermill.

Bean’s goals arrived after three and 31 minutes and Frank Ryan made it 3-0 just before the break.

Todd Mills scored the fourth after 62 minutes after a darting run by Ryan and coach David Knipe, who was minus suspended skipper, Cammy Fraser, said that his squad were a little slow in the first-half.

And he added: “Graham Moodie has set his team up well and they competed until the final whistle.”

Unhappy Watsonians trained on the second pitch at Peffermill after dethroned champions Kelburne declined to play.

The Edinburgh club’s skipper, Tom Swarbrick, said they had asked Kelbune, who are pointless after three games, to switch to a 1pm push-off to accomodate their teacher coach who was due to go on a family holiday but they declined.

And he confirmed that the Edinburgh side offered to go back to the scheduled 2.30pm push-off and that was declined.

The pitch fee was £75 and match, he said, would now be rescheduled, possibly in November.

Elsewhere, teenager Struan Walker fired four goals as Clydesdale took over at the top of the ten-strong league thanks to a narrow 5-4 road win at Uddingston.

David Clark scored Clydesdale’s other goal while again Aussie ace Brad Hughes scored a treble for the home side with Chris Boyle netting the other.

And Hillhead were knocked off the top after a 6-2 defeat at Grove Menzieshill where Paul Martin scored a hat-trick with Jamie Golden scoring twice.

In the women’s top league, short-benched Watsonians, minus five regular players, edged GHK 1-0 thanks to a drag-flick at a penalty corner from Emily Newlands just before half-time.