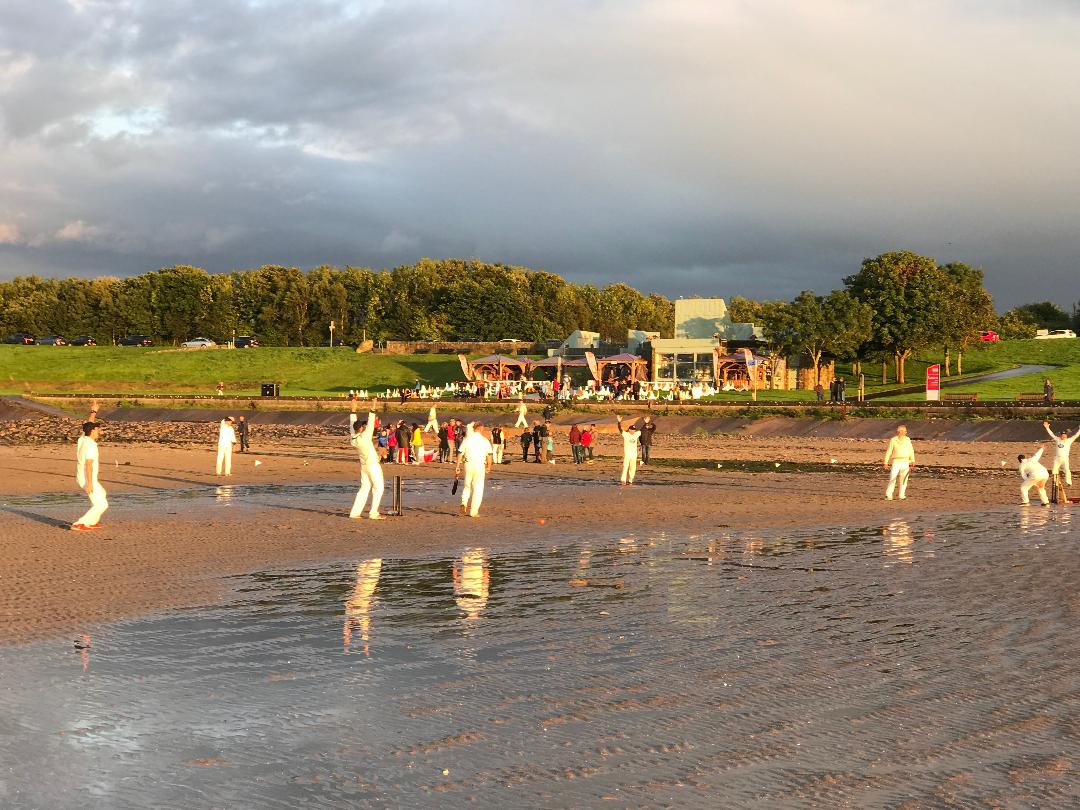 At Boardwalk Beach Club in the dying days of summer 2018 they held a beach cricket match…yes you guessed it on the beach! And it may now become a regular sporting fixture.

The match was held at low tide at Silverknowes Beach looking out to Cramond Island where the Submariners and the Barracudas battled for glory.

The match was the brainchild of Eddie Tait, owner of the nearby Boardwalk Beach Club which overlooks the promenade, a man with many ideas to put the coastline on the map.

The match was declared a huge success by all who took part and with the fixture sparking interest from other parties, there could be Edinburgh’s first beach cricket league there next summer.

Eddie said : “We had great support for the game, the first of its kind in Edinburgh, and it really seemed to catch the imagination.

“We had a BBQ and a live band performing and the atmosphere was great.

“Since the match, we have had a lot of enquiries from people wanting to set up teams and it’s looking like we could have enough to have a league next year based at the Boardwalk Beach Club, which would be phenomenal.”

The entrepreneur has dreams of a viewing platform on Cramond Island and has discussed plans for a botanical garden to enhance the promenade. And you know what these dreams might just come true!