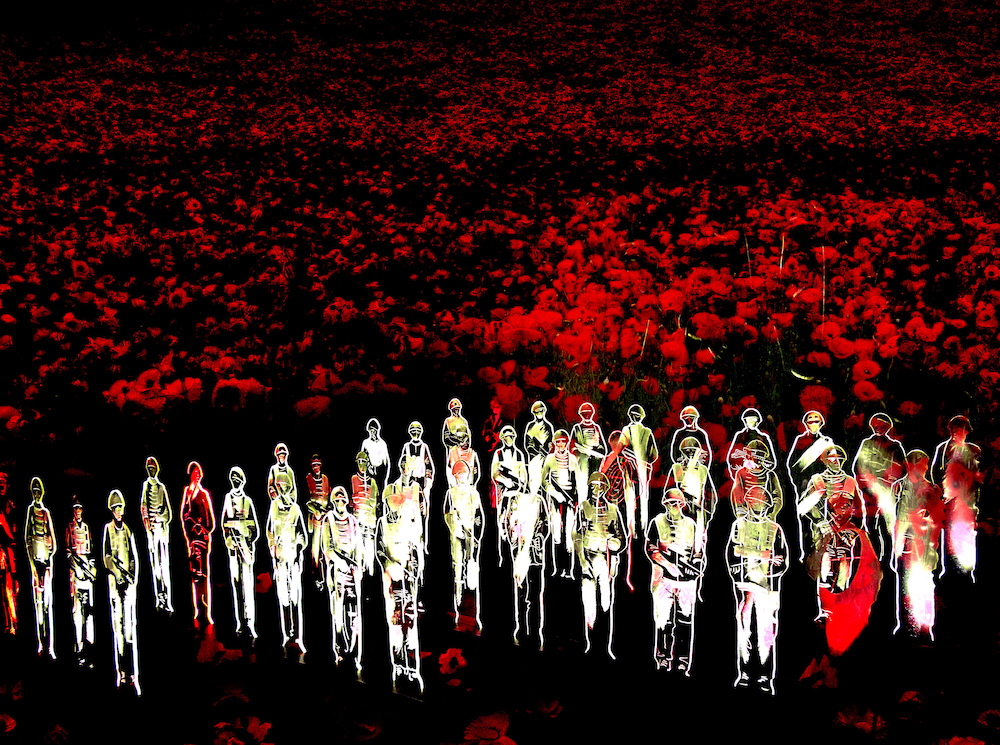 Home Culture At St Giles in November – Unknown
Share
Facebook
Twitter
Pinterest
WhatsApp
Print
Alison Kinnaird has been invited to show her installation ‘Unknown’ in St Giles Cathedral in Edinburgh from 1-15 November, marking Remembrance Week 2018.
This artwork is the artist’s response to the present state of conflict in so many parts of the world and the fact that we never seem to learn from the experiences of the past. Glass seemed the ideal medium in which to comment on the fragility of human life in war.
The piece was completed over a three-year period, and is made up of many uniquely engraved soldiers arranged in ranks – though they appear uniform, each is an individual. There are references to the Terracotta Army of the Chinese emperors, as well as fairground shooting galleries.
Also included are a number of civilian figures – ‘collateral damage’  affects us all. Kinnaird combines the ancient art of wheel-engraving with modern techniques of water-jet cutting, sand-blasting, LED lighting, and hand painting on the textile background.
The installation was initially exhibited in the Scottish Parliament in 2014, before going on display in various venues in Scotland; touring a number of Art Galleries, Museums and National Trust properties, in association with Poppy Scotland.