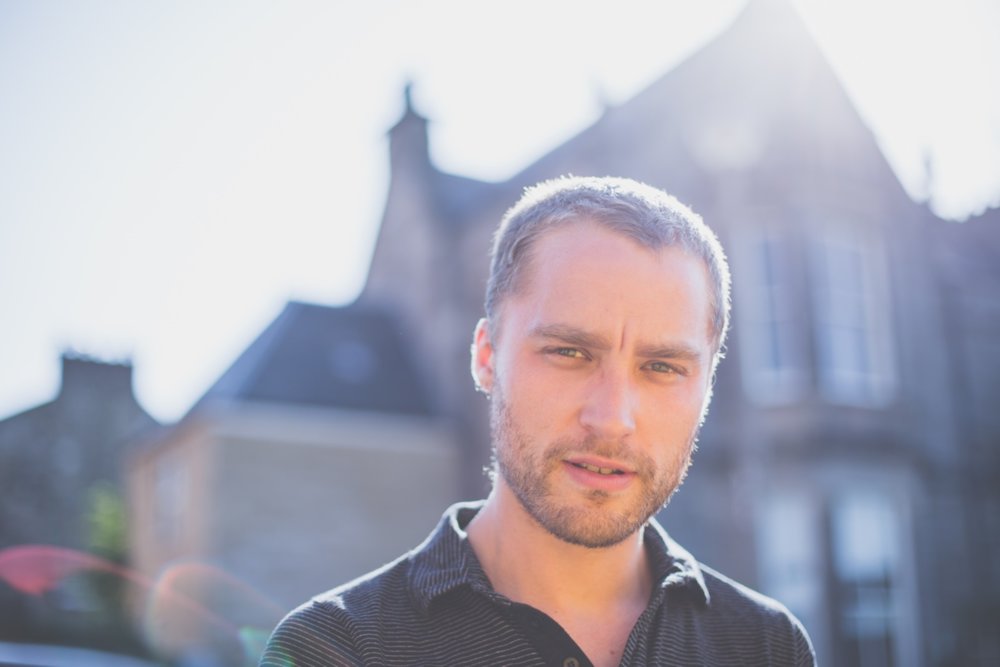 Adam Holmes and The Embers along with Swedish all girl band Baskery will be appearing at Cabaret Voltaire in Edinburgh on 17 November.

27-year-old Edinburgh-born singer/songwriter Adam Holmes is one of the brightest rising stars on the UK roots music scene, with influences from either side of the Atlantic mixing traditional and contemporary folk with his own brand of soul and Americana.

Picking up a borrowed guitar for the first time at the age of 15 he straight away wrote his first song, I Can’t Be Right, for a lost first love, and only a few years later it has been played at concert halls and on radios all over the world.

Since then singing, writing songs and performing is all he wanted to do and with the exception of a very brief spell working on a building site to finance his first serious guitar purchase, that is exactly what he does do.

Twice nominated for BBC Radio 2 Folk Awards, his first three albums have also nominated for Scottish Album of the Year in 2014, 2017 and now 2018.

The latest album Midnight Milk was recorded in one room in his Edinburgh flat, but came complete with full brass section, an eighteen voice choir and a widescreen folk/soul/electronica production, which was influenced by a 2016 collaboration he was involved in with Adrian Utley of Portishead, Dominic Aitchison of Mogwai and Martin Green of Lau.

With his band The Embers he combines the songwriting influences of artists such as John Martyn, Bon Iver, James Taylor and Townes Van Zandt with the rhythm and blues, country and folk music textures of The Band, Neil Young and Ryan Adams and The Cardinals to play his own unique brand of Americana, with a hint of Scotland.

Baskery is a Swedish alternative americana folk rock band, comprising the three sisters Greta, Stella and Sunniva Bondesson. They are famed for their brilliant live shows as well as their exceptionally crafted songs.

This foundation of classic “roots music and Americana” settled in their hearts, but also awoke the urge of breaking the rules of traditional music. Baskery is a band built on what three people can do together and it’s all about turning the music on its head, blending the straightforwardness of punk with the subtlety of singer/ songwriting.

2017 was a busy year with multiple trips to the US. The band performed at festivals like Bonnaroo, Newport Folk Festival, Arroyo Seco, UtopiaFest and Bottlerock alongside artists like Tom Petty & the Heartbreakers, Red Hot Chili Peppers, Alabama Shakes, Dr John, Mumford and Sons, The Meters, The Avett Brothers and more. They were invited to perform at the renowned live radio show Etown in Boulder, sharing the bill with Fruition out of Portland. New music was recorded at their long time friend Ray Kennedy’s studio in Nashville, where they plan to return in 2018.