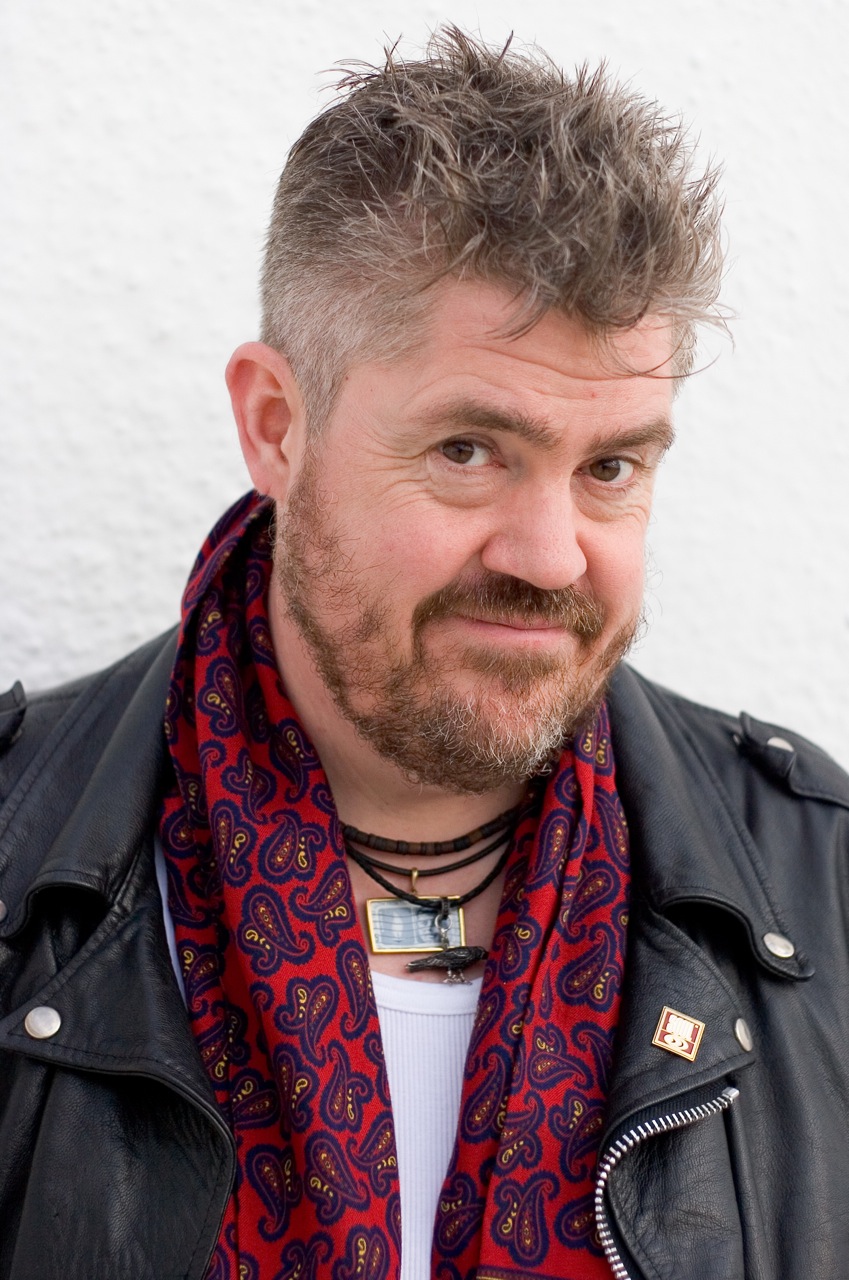 Is there anything Phill Jupitus hasn’t done? A DJ on BBC 6 Music, team captain on Never Mind The Buzzcocks, poet who supported Billy Bragg in the 1980s, TV and film actor, improv player, and musical star of Hairspray and Chitty Chitty Bang Bang, he’s now returning to the live arena for a new stand-up tour in which he gets to be two people.

“I have a lot of material to choose from for this tour,” says Phill about his pun-loving stand-up, poetry and music show, Juplicity. “The thing that really works for me is that I support myself as Porky The Poet, so he goes out and does 40 minutes to start the evening. Because of Buzzcocks and other jobs I was given, I let Porky and the poetry slide but after about a decade I came back to it and wrote new poems, often just chucking stuff out on Facebook for mates to read. Combined with the old poems, and factoring in chit-chat between them, I had about an hour of material.”

With Porky’s poetry supporting the straight stand-up, he’s also got a proven track record of live music behind him from his time with the all-star Idiot Bastard Band. “The songs for this tour are now solid; all that comes from the time I was in the band with Neil Innes and Ade Edmondson. Because I’ve spent time away from touring stand-up, you get better at doing it by building the source material. For the autumn tour I’ll do two hours a night: 40 minutes poetry, quarter of an hour of songs, and the rest is stand-up.”

In terms of the stand-up element, Juplicity will draw on his own life, one that Phill describes merrily as both ‘chaotic’ and ‘flaky’. “Sean Lock has a phrase, which was both inspiring and worrying, about comedians mining our own personalities for material and then in your head negotiating how much you keep back. Initially there was some resistance to me discussing things on stage about my family. One of my daughters, Molly, married her American girlfriend and emigrated there, so what you get is a starting point: gay marriage is a trope that’s very much in vogue at the minute and dovetails with what’s happening in the world with Trump and so on. As a comedian you are a person in a society within the world; all you have to do is look at things and shift your camera angle. All comedians can do is put a wider lens on a situation so that it resonates with people.”

As with many acts who take to the road for a lengthy period, the show that is conceived at the beginning might not exactly replicate the one which exists by the end. “What happens on the tour becomes added to the tour,” Phill insists. “It snowballs as it rolls down the hill of the dates. I wish I had the discipline of my comedy brothers and sisters and say ‘it’s about this!’ By the end, who knows, it could be about my love of the bridge work of Isambard Kingdom Brunel. Still, that would do well in Bristol.”

One of the trials for a comedian on the road is that endless turnaround of doing a gig, eating late, heading for the hotel, travelling the following day to the next town and repeating the process potentially for months. Phill Jupitus has worked out new routines which work better for him.

“I’ve changed the tour pattern in that I now eat before the shows. I used to have lunch on the day of a show because for years I told myself that I liked the energy of being hungry: turns out, no I don’t, because you’re actually irritable. So before a show now, I have a proper knife and fork dinner, and it makes me feel like a new guy on stage. The other thing I try to do, depending on the actual geography, is travel to the next town after a gig, so I’ll wake up where I’m playing that night. Again, it’s a very different energy to what you’re doing because you’re in situ which also gives you stuff to talk about in the first ten minutes of the show. And wherever I am, I look for art galleries and museums, I’ve got a thing about record shops, bookshops, and second-hand tat shops where I might be able to find old badges. Everywhere I go, I try to find those five things.”

When Phill started off on his path in entertainment, he probably never thought he’d find himself on a stage, in lots of make-up, belting out a show tune. But that’s one of the paths he’s landed on, with large-scale touring productions such as Chitty Chitty Bang Bang, Spamalot and Hairspray now nestling on his CV.

“My agent phoned up and said, ‘there’s a casting director in the West End who wants to talk to you about being Count Fosco in The Woman In White’. I was like, ‘what! I don’t sing!’ ‘Well, they think you do’. Turns out they’d seen me do the intros round on Buzzcocks and felt I could hold a tune. So I took some training and auditioned and they said, ‘maybe not this time, but do you want to be Wilbur in Hairspray?’ I went to see it and even though I’m watching Mel Smith as Wilbur thinking, ‘yeah I could do that’, I kept looking at Michael Ball as Edna and thinking, ‘that looks like a lot of fun’.”

As fate would have it, he was offered the part of Edna instead. “I was thrown into it, three months in a dress, wig and lipstick. I’d just come out of 6 Music and felt a bit adrift: ‘do I want to do stand-up again or this or that’, and then Hairspray comes along and then Spamalot comes along. As a stand-up, you don’t think, ‘this is it now’: there are always other options. That’s why there’s a little resentment about stand-ups because we’re so adaptable.”

It’s hard to know exactly what’s down the next road for the ever-adaptable Mr Jupitus, but for now he’s enjoying the cut, thrust and edge-of-the-seat jeopardy that only live comedy can truly provide. “I think I’ve found a way of monetising a social dysfunction. I’ve always maintained that there’s something slightly wrong with arts and crafts types putting themselves in the most confrontational situation, which is standing in front of strangers and trying to get them onside.” Whether he’s dressed as a woman in a musical, performing poetry or doing personal stand-up, Phill Jupitus is keeping everyone on his side.

Phill Jupitus is appearing at Pleasance on 4 November with his show Juplicity.