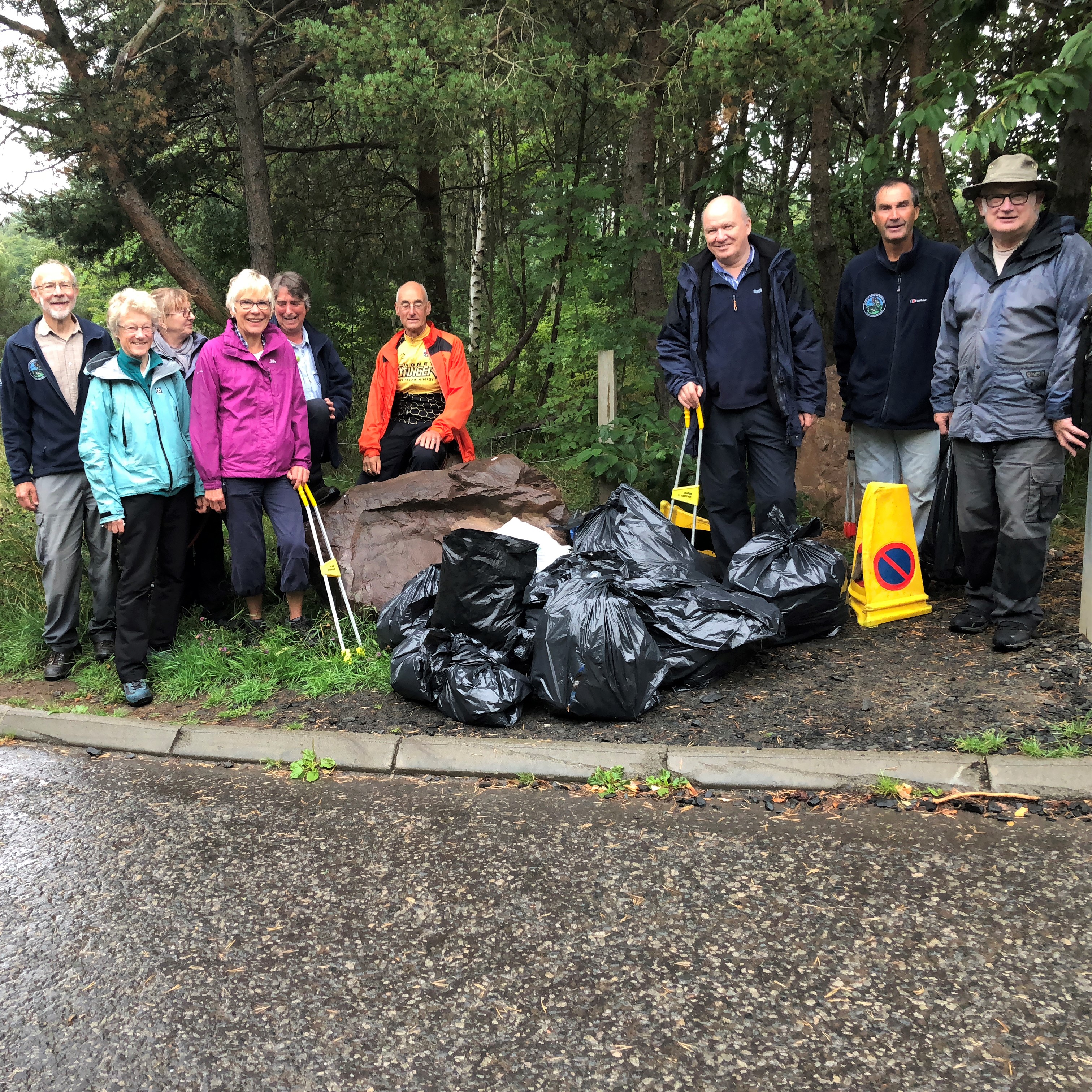 ONE DAY, ONE PLANET, ONE GOAL

As part of World Cleanup Day, Gordon Macdonald MSP took part in a litter pick organised by Friends of the Pentlands on Saturday 15 September.

The litter pick events are organised by local groups under the “Let’s Do It! World” movement where millions of volunteers in 150 countries participated in this year’s event, which was hailed as the biggest civic action in human history.

Last Saturday’s World Cleanup Day litter pick focussed on 10 popular areas of the Pentlands and saw 30 bags of litter collected with numerous larger items such as an abandoned tent and household goods.  The organisers also informed Edinburgh City Council of four sites where bulky items and large amounts of rubbish had been fly-tipped.

The Edinburgh Pentlands MSP said: “600,000 people use the Pentland Hills recreationally every year.

It was great to be out with many volunteers who were willing to give up their free time to protect and enhance the Pentland Hills for everyone’s enjoyment.

“Local litter picks are great events, and show how much difference can be made when we work together. Litter-free communities matters to us as a society and as individuals. It effects the way we feel about where we live, work and spend our leisure time – it has a huge impact on our health and wellbeing.

“Wouldn’t it be wonderful if folk took their litter home? By doing the right thing, we can start to make a difference and enjoy cleaner, safer communities, and a cleaner, safer Scotland.”

Commenting, Hamish Clark, Chair of Friends of the Pentlands, said: “The removal of this litter will make the Pentlands more attractive to users and safer for wildlife. This event shows the scale of littering and how important it is to work at changing behaviour over time as well as devoting resources in the meantime to removing it.”