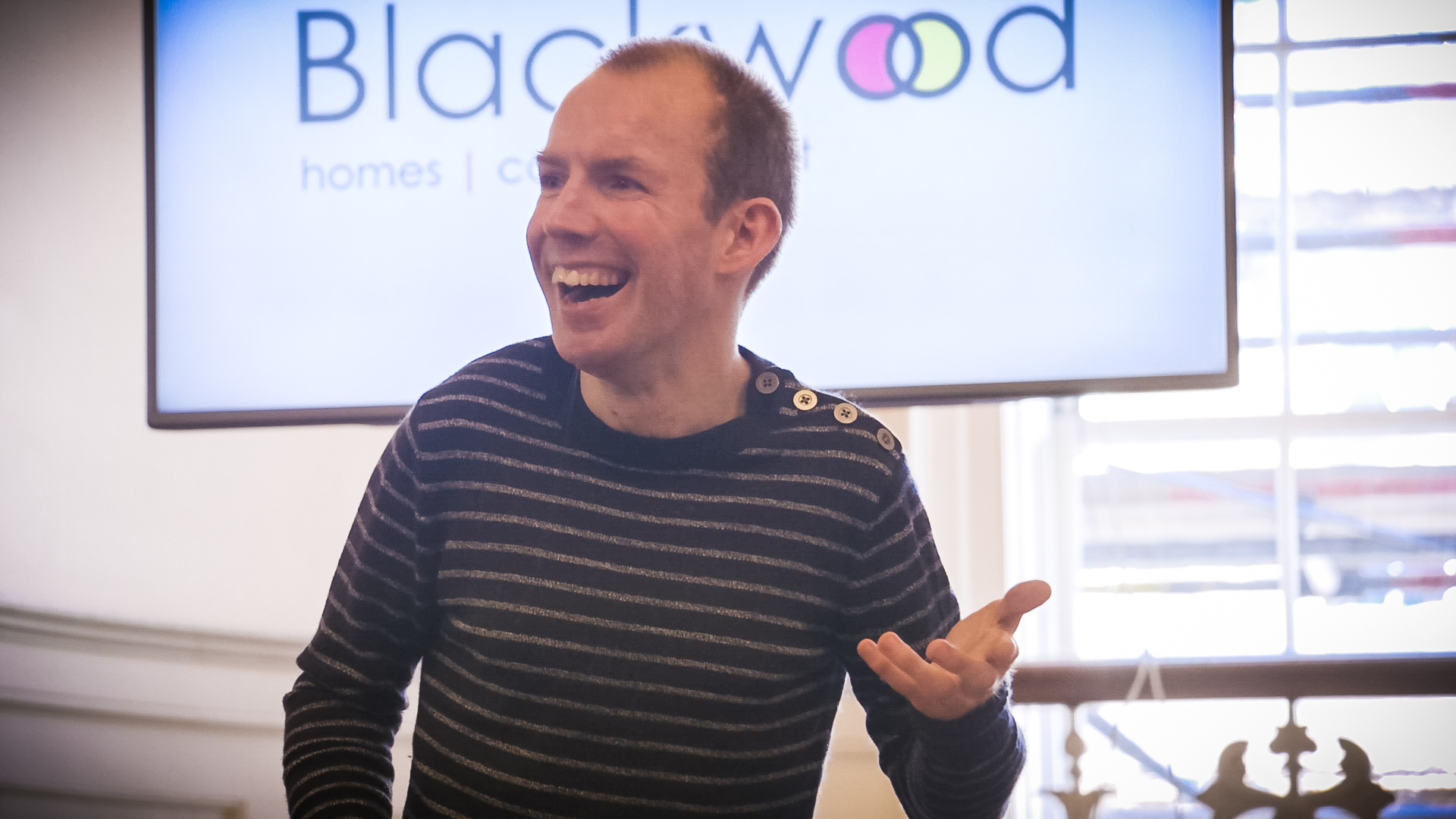 BRITAIN’S Got Talent winner, Lee Ridley, performed a special show to help promote the work one of Scotland’s leading providers of care and specialist housing for people with disabilities.

Lee, who shot to fame by winning this year’s series of the ITV talent show, performed a laughter-filled routine as the main guest at the AGM of Blackwood, which explored his rise to fame as ‘The Lost Voice Guy’.
The theme of the day focused on communication as Blackwood launched its three-year customer engagement plan.
More than 100 of its customers from across the country attended held the event at the Assembly Rooms in Edinburgh and tried their hand at different ‘escape rooms’ to demonstrate the power of communication.

Lee’s performance, which was done through his communication device, explored his rise to Britain’s Got Talent success and looked at the ‘funnier side’ of his disability.
Lee said: “It was a real privilege to be asked to perform at the Blackwood AGM and see for myself all of the amazing work it does to help people live more independently.
“It’s been life changing for me to win Britain’s Got Talent, with people asking for selfies all the time, so if my routine can change the thinking and attitude of some to people with disabilities, it’s well worth it.”

Blackwood Chief Executive, Fanchea Kelly, said: “We always like our AGMs to be fun for everyone attending and having a star like Lee performing was a real thrill.
“We know how important communication is in life and Lee epitomises this and hasn’t let his inability to talk prevent him from speaking to millions with his talent for comedy.
“It was brilliant to see the smiles on the faces of all our customers as they challenged themselves to escape each of the four rooms we had set up with their teams.”
Following the formalities of the AGM, in which Blackwood was praised by external auditors for its financial outlook, the customers in attendance were split into groups to ‘escape’ various rooms using clues hidden in items throughout each space.

The teams explored a range of activities from learning braille and sign-language to trying out Blackwood’s innovative CleverCogs technology which helps disabled people live independently.

Blackwood’s three year customer engagement plan, entitled ‘Making the Connection’, is dynamic and proactive in nature and not only promotes the use of digital technology but also a high level of engagement between its customers and the charity itself.

The innovative plan will ensure that Blackwood can continue to provide an excellent service to both now and in the future to further improve satisfaction levels among its customers.

Fanchea added: “We’re a customer-focused housing and care provider and put customers at the heart of every decision we make.
“It’s very easy to say but this engagement plan clearly sets out how and why we do this.
“It’s exciting times for us, with the demand for our Blackwood House and the life-changing CleverCogs technology, so it’s essential that we communicate well with our customers to engage with them about our future plans.”

Since it was founded by Dr Margaret Blackwood in 1972, Blackwood has been a pioneer in both housing and care, constantly innovating in ways large and small that transform the lives of its customers, helping them to live as independently as possible Blackwood’s aim is to do whatever it takes to help people have control over their lives in accommodation that meets their needs. It has an outstanding record of adapting properties from entire renovations to minor adaptations which are incredibly liberating to those involved.