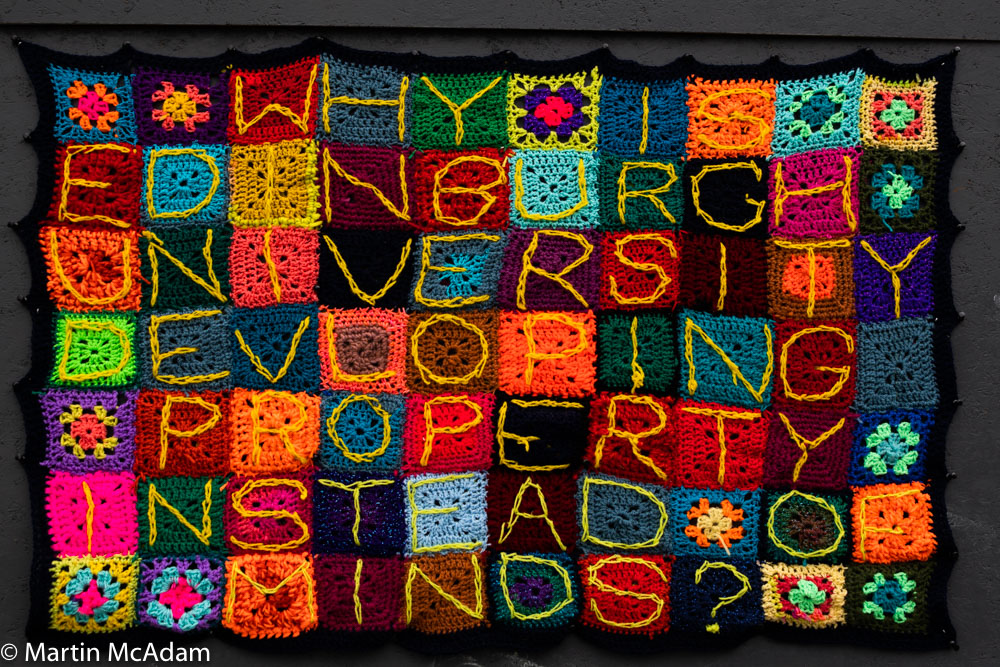 Clara Bowker and Ian Hood campaigners from Save Leith Walk appeared as a deputation at the Planning Committee earlier today.

Ms Bowker explained that there is a need for the introduction of a process so that locals might have a say on the buildings in their area whether or not there is a planning application in place for it.

The group wants to save the two storey sandstone block which is in danger of demolition if the planning application recently lodged is granted.

The building is not listed and Ms Bowker said that would have given it extra statutory protection. She continued : “The low scale of 106-154 Leith Walk adds to its interest. It is a distinctive building which sticks in people’s minds.

“An announcement of construction of the building appeared in the 1933 Edinburgh Evening News.”

Campaigner Ian Hood confirmed that there is a need for a process. He said : “If any developer wants to demolish a building they can keep coming back to the planning committee again and again on refusal. Or they can board it up and leave it to rot until it is not worth saving. . There are 12,200 signatures on the petition to save the building from demolition. If we succeed once the developers can keep coming back. We have to win every time but the developers only have to win once.

“We feel the current policies of the council’s planning department do not adequately reflect the wishes of the community and its treasured buildings. We would like to propose two things :

“First if the planning committee agrees that the demolition of a building is not in the public interest following a planning application, then there should be a moratorium on future applications involving demolition for at least five years.

“Secondly building maintenance orders that prevent neglect or deterioration could be an option for the council to help preserve buildings.”

Councillor Chas Booth explained that he had been advised that it would not be the best idea to ask questions of the deputation. He said : I think it is important to say that on the record so that campaigners don’t think we are being rude. Many of us have many questions about what they have raised but we have been advised that for legal reasons we can’t ask questions today.”

As the clerk had explained at the outset of the meeting it is not permissible for the planning committee to accept petitions and so the campaigners had to take it home with them.

Outside the City Chambers Ian Hood expressed his disappointment :

The buildings at 106-154 Leith Walk were completed in 1933 for the London Midlands Scottish Railway, and they are the only 20th century buildings on Leith Walk mentioned in the Pevsner Guide to Edinburgh, which describes them as “buildings of significant architectural value”.  The buildings are designed in an Art Deco style, with a sandstone fascia and black marble pediment over an iron frame and brick construction. It’s a type of architecture that is unusual in Edinburgh, and the buildings sit within the Leith Conservation Area. The architect was Horace Gildard White, who studied at the Dundee School of Art and Technical College. His works are relatively rare and his only other work still standing in Edinburgh is the Fruitmarket Gallery in the centre of the city on Market Street.